LUNCH time can be a nightmare for parents of fussy eaters.

One mum, who struggles to feed her "picky" daughter uploaded a picture of the food she prepared for the toddler to take to nursery, only to come under fire for various choking hazards. 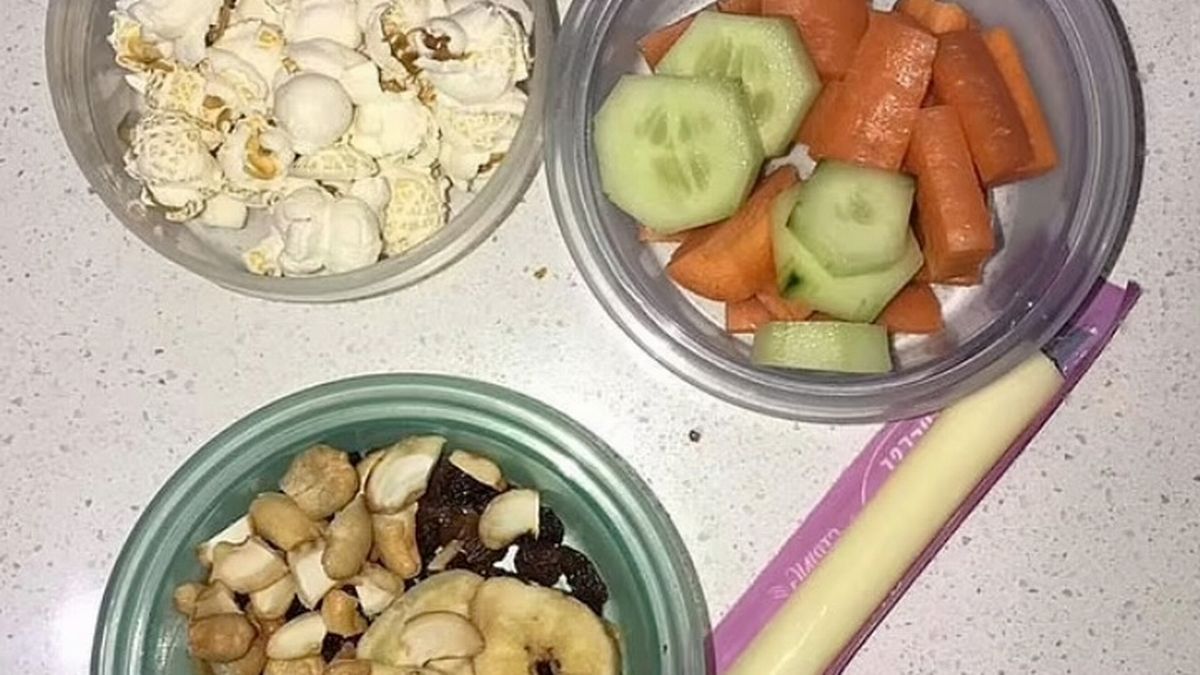 Tamika, from Australia, posted the picture of her daughter’s lunch box on Facebook, displaying a pot of popcorn, a selection of nuts with dried banana and raisins and raw carrot and cucumber.

She captioned the picture with: "This is lunch and snacks for my picky toddler (13 months old) at daycare tomorrow. She will have protein for dinner.”

The post gained a lot of attention as other parents were quick to criticise the selection explaining it’s “dangerous” to give a young child popcorn.

One person wrote: “Popcorn isn't recommended under five years of age, and it's especially not recommended to a 13-month-old.”

While another said: “Popcorn, whole nuts and raw carrot really is the trifecta of very high-risk choking foods for a young toddler.”

But a handful of people rushed to defend the mum for her food choices.

One said: "You should all be ashamed of yourself, leave the lunchbox alone.”

Another mother shared her terrifying story of giving her child popcorn only to have them choke on it.

Popcorn, whole nuts and raw carrot really is the trifecta of very high-risk choking foods for a young toddler.

Writing on Facebook, she said: “I watched my child choke on popcorn right in front of me (she was fully supervised).

“It's the makeup of popcorn that's the problem, not how the child chews. It is light and it's carried into the airways very quickly.

"The added bits on the outside of popcorn aid with the choking, which is why adults can so easily choke on it too.

"Awareness is the key, because if I'd have known it wasn't recommended for young children, she wouldn't have been eating it.”

In other parenting news, an expert claimed that this is what a kids lunchbox should look like.

We also shared how an organised mum sparks debate after sharing photos of her kids’ packed lunches which she makes at 3am on Sunday mornings.

Plus organised mums share how they’ve breezed through back-to-school panic with labelling and lunchbox prep.