AFTER four children, Amy Speers had vowed "no more".

The 34-year-old decided to have a permanent form of contraception fitted – but it was a decision she says "ruined her life". 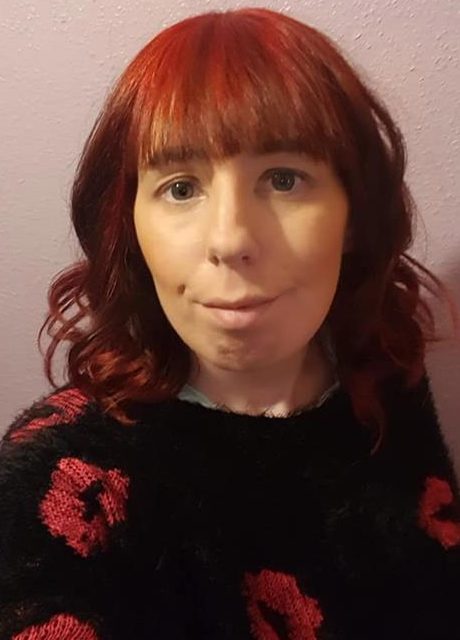 In the months after having an Essure implant – a titanium spring-like device – put in each fallopian tube, she suffered debilitating seizures and was in constant pain.

The mum-of-four, from from Bangor, Co Down, said: "It felt like I was being stabbed from the inside out.

"I used to love walking and going to the gym, but I could barely even hobble to the end of our street.

“I couldn’t sleep, sometimes my stomach was so bloated that people thought I was pregnant, and my husband Chris had to help me upstairs to go to the toilet.

"Our sex life was non-existent – it was just too painful.

“At its worst, I daren’t even leave the house by myself in case I suffered a sudden seizure and needed help.”

Amy has a mild form of cystic fibrosis, so she was referred for the permanent contraception procedure after the birth of her fourth child in April 2013.

“Pregnancies aren’t easy on my body, I have a high risk of clots on my lungs,” she explained.

“By the time I was eight-months pregnant my lungs were starting to collapse, so we vowed ‘no more’.

“Hormone contraception wasn’t an option for me because of my cystic fibrosis, so we were told that this kind of sterilisation would be best.

“I was referred to 3fivetwo Healthcare, in Belfast, on the NHS, and a doctor explained that a clip would be put onto each of my fallopian tubes.

"It would be an internal procedure, a bit like a smear test – done and dusted in 20 minutes.

“He told me it would be so easy and pain-free, I could get it done on a lunchbreak. I’ll never forget those words.”

She was waddling like a duck – I was really worried

Amy decided to go ahead with the procedure and went in for the op in January 2014.

But almost immediately she was in a lot of pain.

Husband Chris, 42, said: “I helped her out to the car, she was waddling like a duck. I was really worried, but the doctors just told her that it needed time to settle.

“I tucked her up on the sofa with a hot water bottle, but the pain seemed to be getting worse – not better.”

Over the next few months, Amy says she went to see her GP, but each time she was given painkillers and told that her symptoms would ease in time. 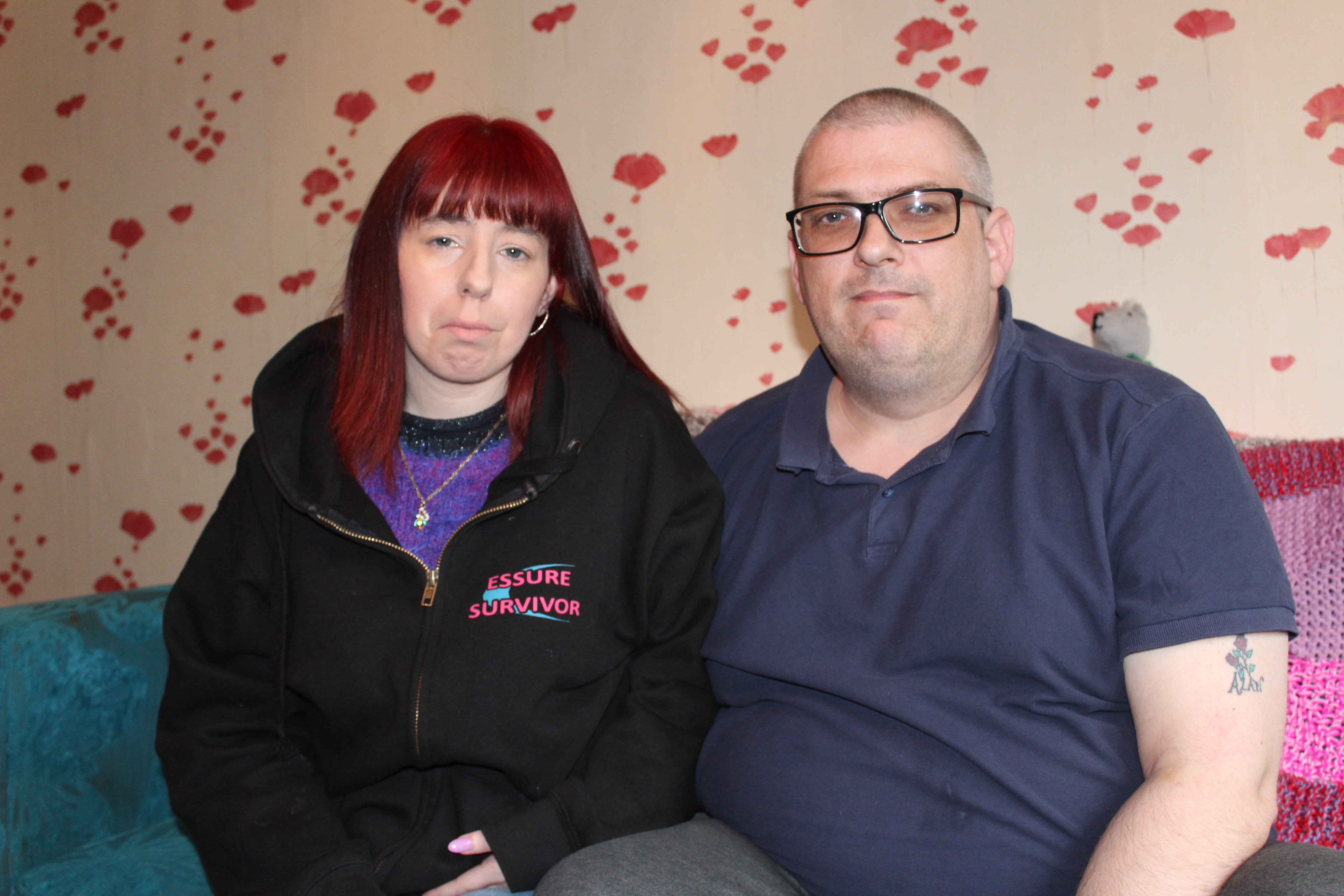 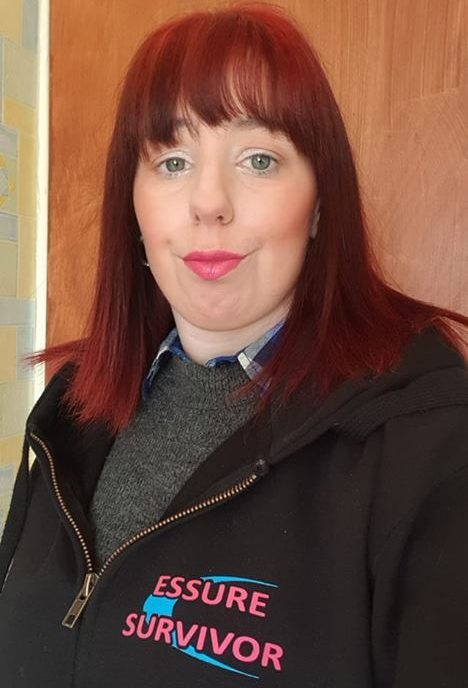 Then another problem started.

“I was on my way to the gym changing rooms when suddenly the world went blank,” she said.

“Chris told me I’d blacked out. He took me to the hospital, but they just said my blood sugar must be low.”

A couple of months later, it happened again in the frozen aisle of Tesco.

“One minute she was holding a bag of frozen peas, the next she was on the floor,” Chris added.

As the months turned into years, Amy’s pain increased and her black-outs became more frequent, turning into full-blown seizures.

Chris said: “At first it was more like a faint. She’d swoon away whenever the pain spiked.

"But then she started fitting when she was unconscious.

"It was terrifying to watch, I felt so helpless.”

She said: “One day I collapsed while walking home from the supermarket, and when I came round I was in agony, I thought I’d been hit by a car.

"It transpired that during my seizure I’d cracked a rib on the pavement.”

But she says that it wasn’t until November 2018 – four years after having the procedure, that she finally got some answers.

She said: “I requested my medical notes and found that I’d been fitted with an implant called Essure Permanent Birth Control.

“Immediately we started Googling it.” 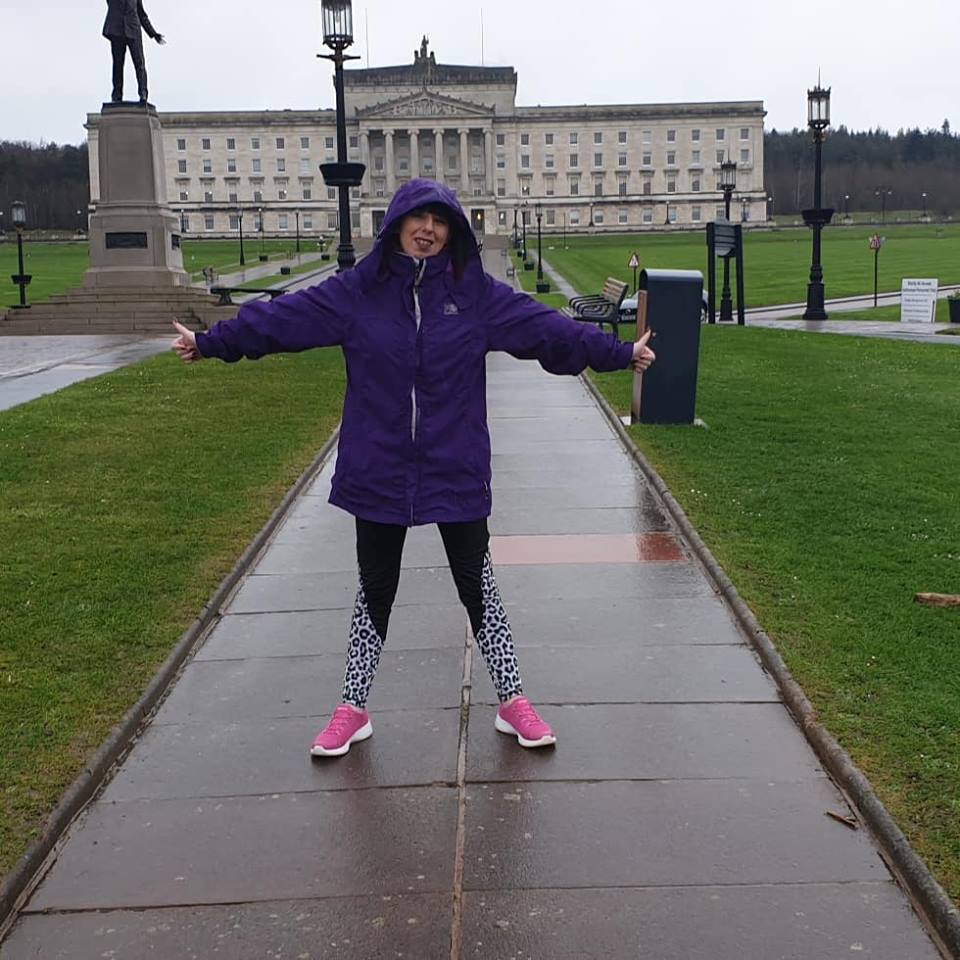 Chris added: “I couldn’t believe my eyes when I started reading about it online. I found a long list of side effects, including pain, bloating and seizures – basically everything Amy had been experiencing.

“Some patients had allergic reactions to the nickel or other components in Essure.

The only way to fully remove an Essure implant once it’s been fitted is a hysterectomy operation, which Amy had in July.

Since the surgery she says her symptoms are finally beginning to ease.

Essure changed everything, it ruined my life. I want to warn other women not to touch the implants with a 10-foot barge pole

Now she has written letters to her local NHS Trust, the health ombudsman and MPs calling for more support for women affected.

She said: “Essure changed everything, it ruined my life. I want to warn other women not to touch the implants with a 10-foot barge pole.

“They have stopped offering the implants currently; but I’m worried they might start again.

"I also think there needs to be more support for women out there who already have them fitted.” 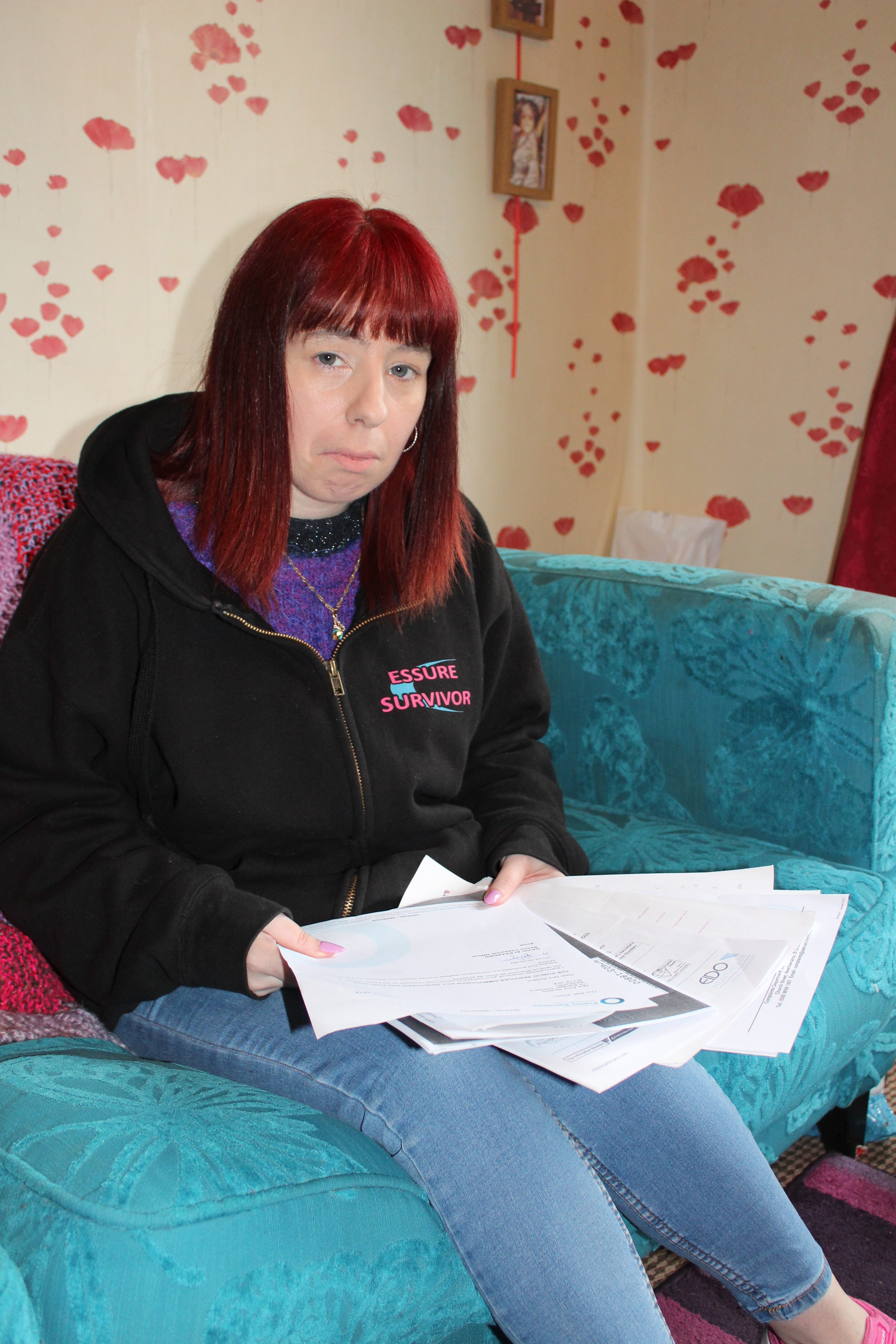 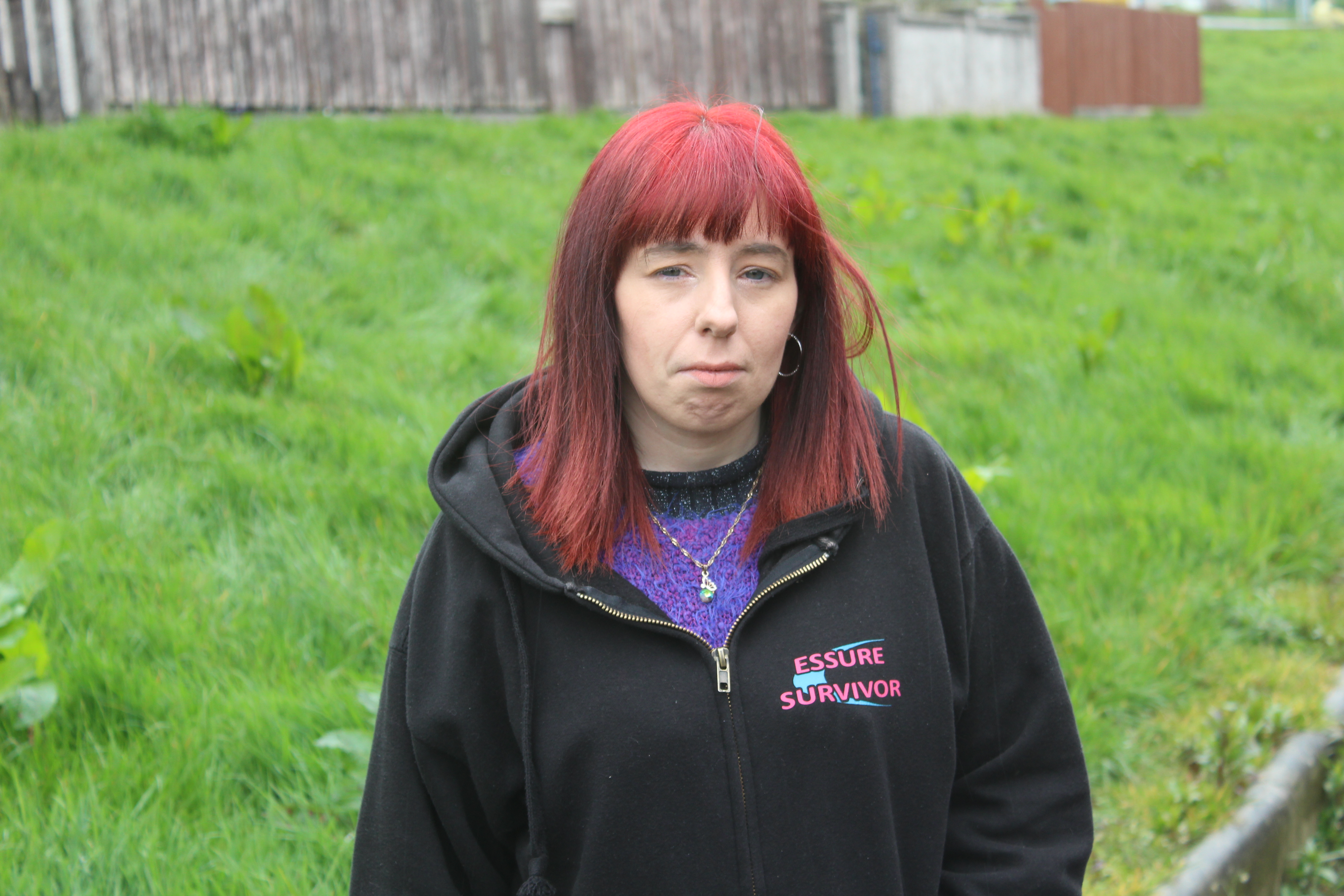 The makers of Essure, Bayer, told the Sun: “Bayer made a business decision to voluntarily discontinue sales and distribution of Essure in countries outside of the United States in Spring of 2017 (including the UK and all of Europe) and in the United States the sales and distribution of the product ceased after 31st December 2018.
“The commercial decision to discontinue was not connected to product quality or safety issues.

"The benefit-risk profile for Essure has not changed, and we continue to stand behind the product’s safety and efficacy, which are demonstrated by an extensive body of research, undertaken by Bayer and independent medical researchers, involving more than 200,000 women over the past two decades.
“Women who currently have Essure in place can continue to safely use the device and should have no concern based on this decision.

"If a woman with Essure has concerns or questions about the device she should discuss these with her Healthcare Professional.”

However, the firm has also admitted that some patients had reported “adverse events” including pain and “allergic or hypersensitivity reactions” – and that the only way to remove the device was via a surgical procedure.

The NHS Trust overseeing Amy’s care told The Sun: “The South Eastern HSC Trust is not in a position to comment on individual cases, but can confirm that we have responded on several occasions to Ms Speers in relation to complaints submitted to our Patient Liaison Team.”