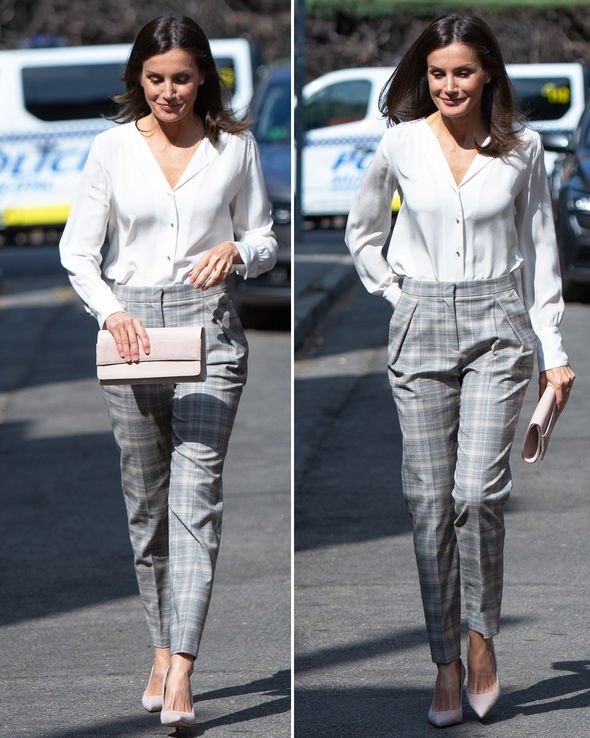 Queen Letizia of Spain looked classy in a smart shirt and trouser ensemble as she stepped out in Madrid. Acting in her role of the charity’s Honorary President, the stylish royal attended a meeting for the Spanish Association Against Cancer. Letizia embraced the warm weather with no jacket and a loose long-sleeved cream blouse. She tucked this into a pair of checked grey cigarette trousers.

The Spanish monarch wore the shirt which had silver buttons and an open lapel collar.

The thin loose garment had sleeves which puffed out slightly before coming in at the cuff.

She matched this with grey checked trousers which were high-waisted.

The smart trousers cut off at the ankle and Letizia showed off a pair of blush high heeled shoes.

In her hand, the royal held onto a blush leather clutch bag. 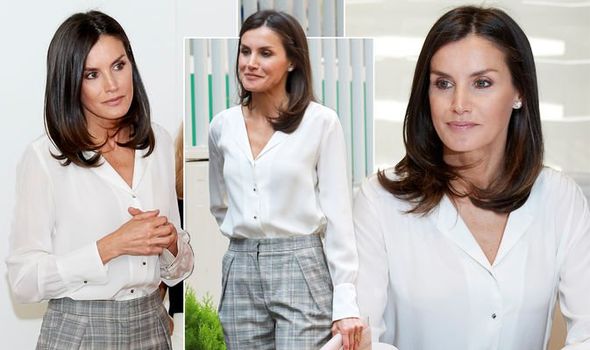 She is often seen attending meetings and events for the charity.

Letizia was spotted meeting with members of the charity, including the charities president, Ignacio Muñoz Pidal.

Although she kept her jewellery minimal, Letizia opted for a unique pair of diamond stud earrings which were in the shape of a butterfly.

She wore a clear lipgloss and dark brown eyeshadow.

While at the meeting, the royal tested out some of the new facilities which they had. 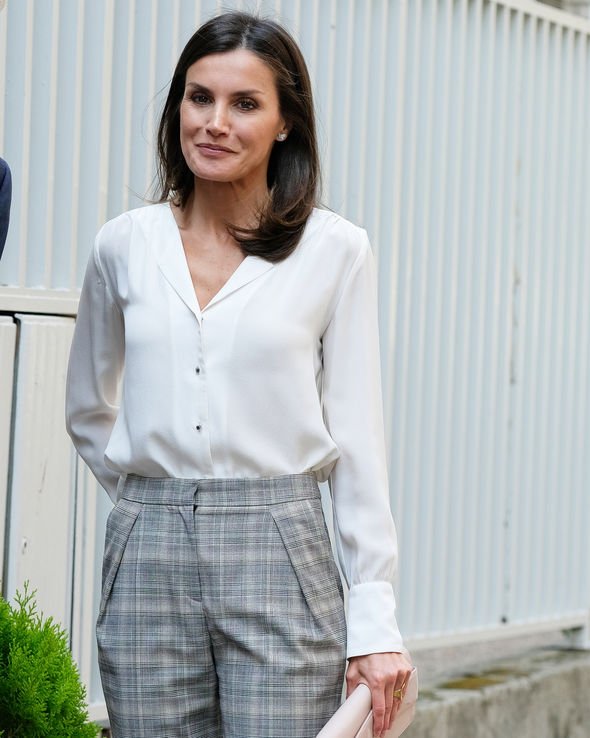 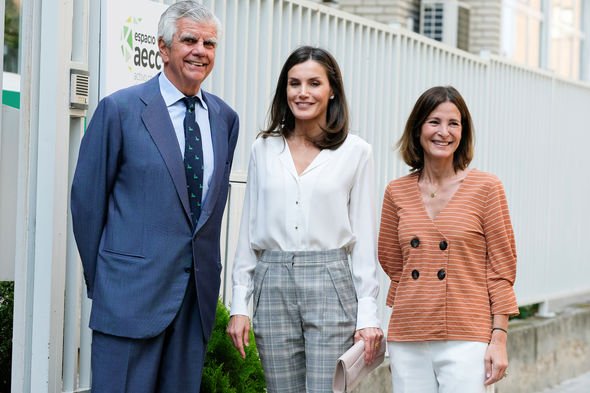 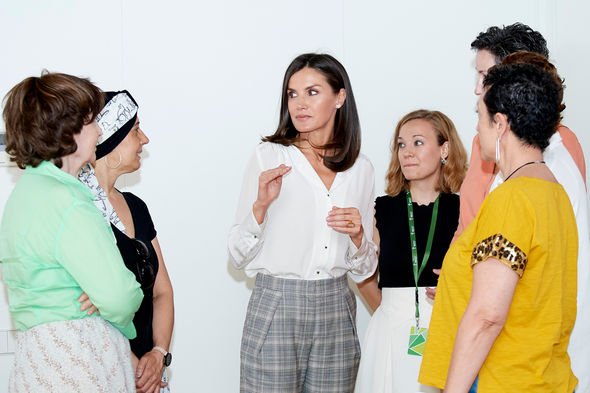 The sleeveless number had a high neck and pencil skirt.

It was pulled in at the waist by a thick belt in the same shade of blue.

She recently stepped out in a stunning long-sleeved belted jumper and trouser set as she attended the Closure of Journalists Seminar.

The design was another Hugo Boss ensemble and the trousers were on sale for £160.