Who knew that Rihanna is a psychobilly fan? 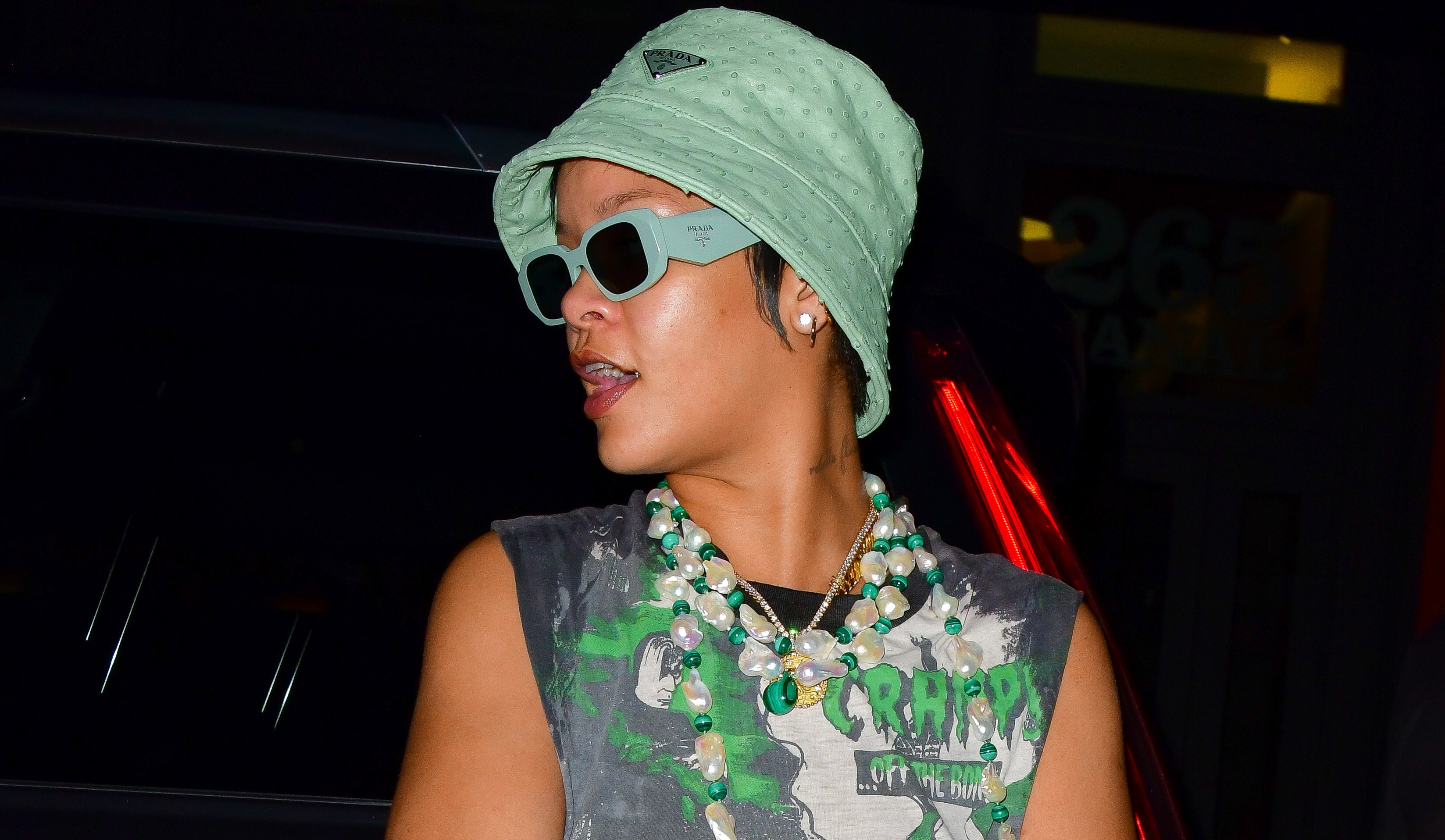 Rihanna and A$SAP Rocky have been hitting the 90-degree streets of New York City, and last night, she continued her run of impossibly perfect outfits. The unequivocal legend was spotted wearing a mint green textured leather Prada bucket hat, complete with the triangular logo that is now apparently the season’s hottest hair accessory and matching sunglasses (at night). The bucket hat itself is staging quite a comeback from its late-90s/early-2000s heyday when it was slightly more pedestrian — it was the sartorial provenance of skaters, ravers, and other assorted teen males who smelled like weed. Thanks to brands like Prada and celebs like Billie Eilish, the bucket hat is pure luxury in the year of our lord 2021.

She also wore a vintage band tee and added flair with another aughts throwback: the long beaded statement necklace, wrapped around her neck several times. Back then, such necklaces were paired with a giant flower brooch; instead, Rihanna opted to show off her love for the Cramps. The iconic punk band was active in the 80s and 90s, and is credited with creating the psychobilly genre, a musical portmanteau of ska, punk, and rockabilly, fusing inspiration from classic horror films and death metal. This writer experienced their own cringe psychobilly moment in their late teens, so it is clear that Rihanna is embracing the scene from an elevated aesthetic perspective. Is she a fan? Does it matter when she looks this perfect?

Meanwhile, she completed her look with a gold pendant necklace by Briony Raymond, bootcut jeans, a white croc leather clutch, and white pumps with a seriously pointed toe box for her date night out, even graciously signing a few fan autographs before driving away with A$AP in his pristine white Rolls Royce.