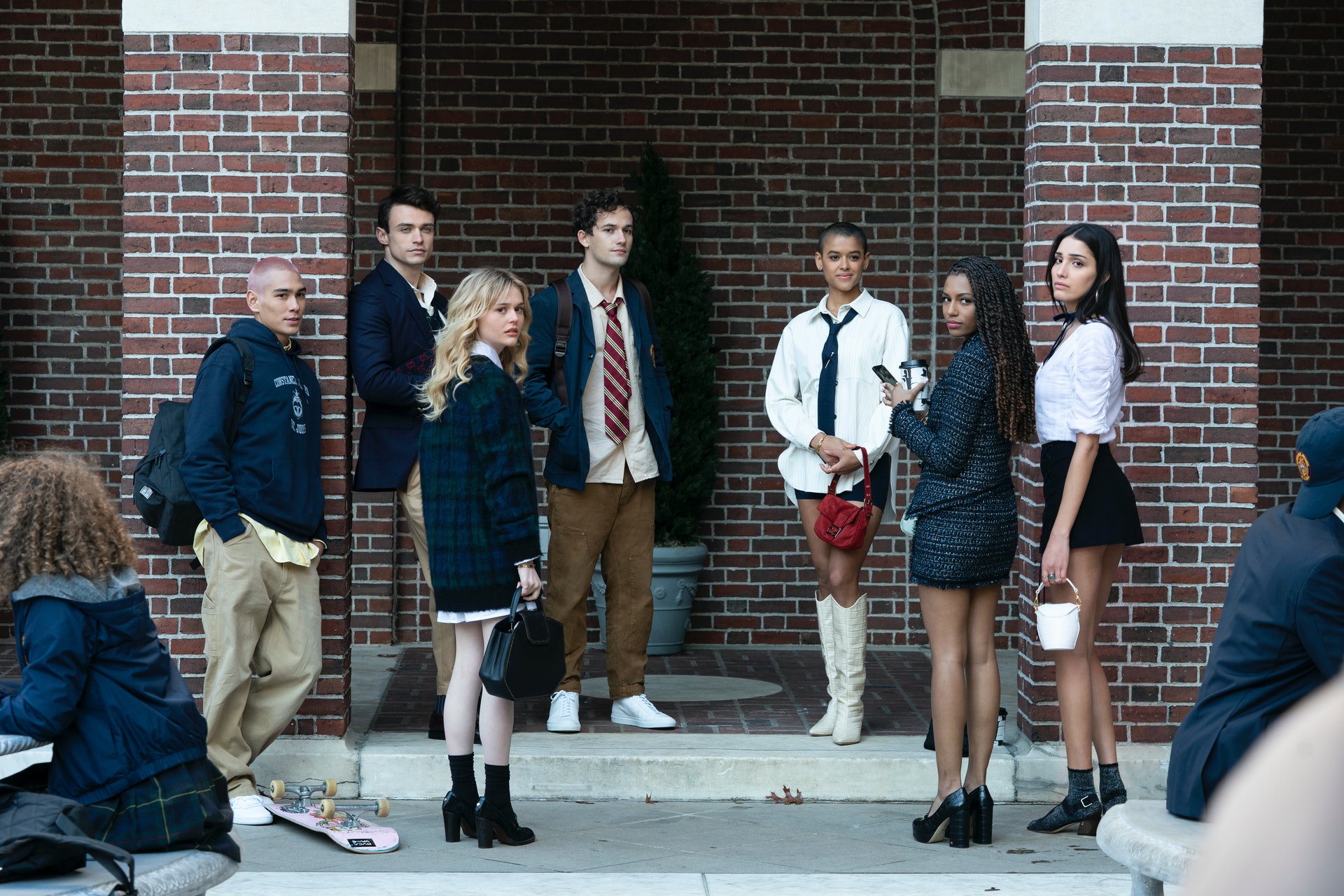 By now, you’ve probably caught wind that the Upper East Side has once again been taken over by twenty-somethings playing teens in their private school uniforms—fashionably paired with Prada boots and Telfar bags, of course—for the new iteration of Gossip Girl, a continuation of the original series now streaming on HBO Max.

It’s an exciting time for fans of the original, and in the first episode, the big reveal happens much quicker than it did in the original iteration of the teen drama series: Gossip Girl is—gasp—a teacher. And not just any teacher—the digital tyrant is actually a collective of multiple teachers, played by Tavi Gevinson, Adam Chanler-Berat, and Megan Ferguson. It’s a move that may leave viewers feeling both surprised and relieved. Now that we don’t have to spend all of our time wondering who is the mastermind behind the anonymous Instagram account, we can focus on more fun things, like the cameos.

In the original Gossip Girl, the cameo appearances were aplenty, with many socialites, supermodels, and celebrities popping up to perform in the background or utter one simple line. Sure, there was an appearance from Jared Kushner and Ivanka Trump (that did not age well), but the show also opened up guest spots for Tinsley Mortimer, Florench Welch, Karlie Kloss, Cyndi Lauper, Lady Gaga, and more. Whomever was the talk of the town from 2007 to 2012 would often find themselves popping up on The CW show during its six-season run. And in this continuation of the original Gossip Girl, the cameos are just as fun—if not more fun—than the celebrity appearances of the past.

So, we’re keeping a log of every celebrity cameo made on this new season of Gossip Girl as new episodes are released each week on HBO Max. Try and see how many of these celebs you spotted.

The very first episode of Gossip Girl gets you acquainted with Julien Calloway (Jordan Alexander) and her half-sister, Zoya Lott (Whitney Peak), a new attendee at the recently merged Constance Billard and St. Jude’s. The anonymous Instagram account (which we also learn is run by Kate Keller, a frustrated teacher played by Tavi Gevinson) tries to sabotage the sisters and pit them against each other—with Calloway’s boyfriend Obie (Eli Brown) getting caught in the middle, too. And somewhere in there, there’s a runway show at New York Fashion Week, revealing the latest collection from Christopher John Rogers, who makes a cameo during the fashion show.

But before Julien can step out on the catwalk, she runs into Lindsay Peoples Wagner, editor of The Cut, who tells her, “I’ve got my eye on you.” Meanwhile, Zoya gets the seal of approval from writer and Gagosian Gallery curator Antwaun Sargent. “Love that,” he says when he spies the outfit her half-sister has graciously lent her for the occasion, as she’s shuffled along to her seat at the Armory, unwittingly about to be caught up in some embarrassing drama orchestrated by Julien’s lackeys—or her publicist and image consultant, however you want to look at it—Luna La (Zion Moreno) and Monet de Haan (Savannah Smith).

This article will be updated as new episodes are made available.