A SAVVY shopper has claimed you can feed two people for less than £20 a week – as she shared her shopping list and meal planner to prove it.

Jade Wright, who admitted she had ‘too much time on her hands’, took on the challenge using Sainsbury’s groceries – with her weekly total coming to £18.89. 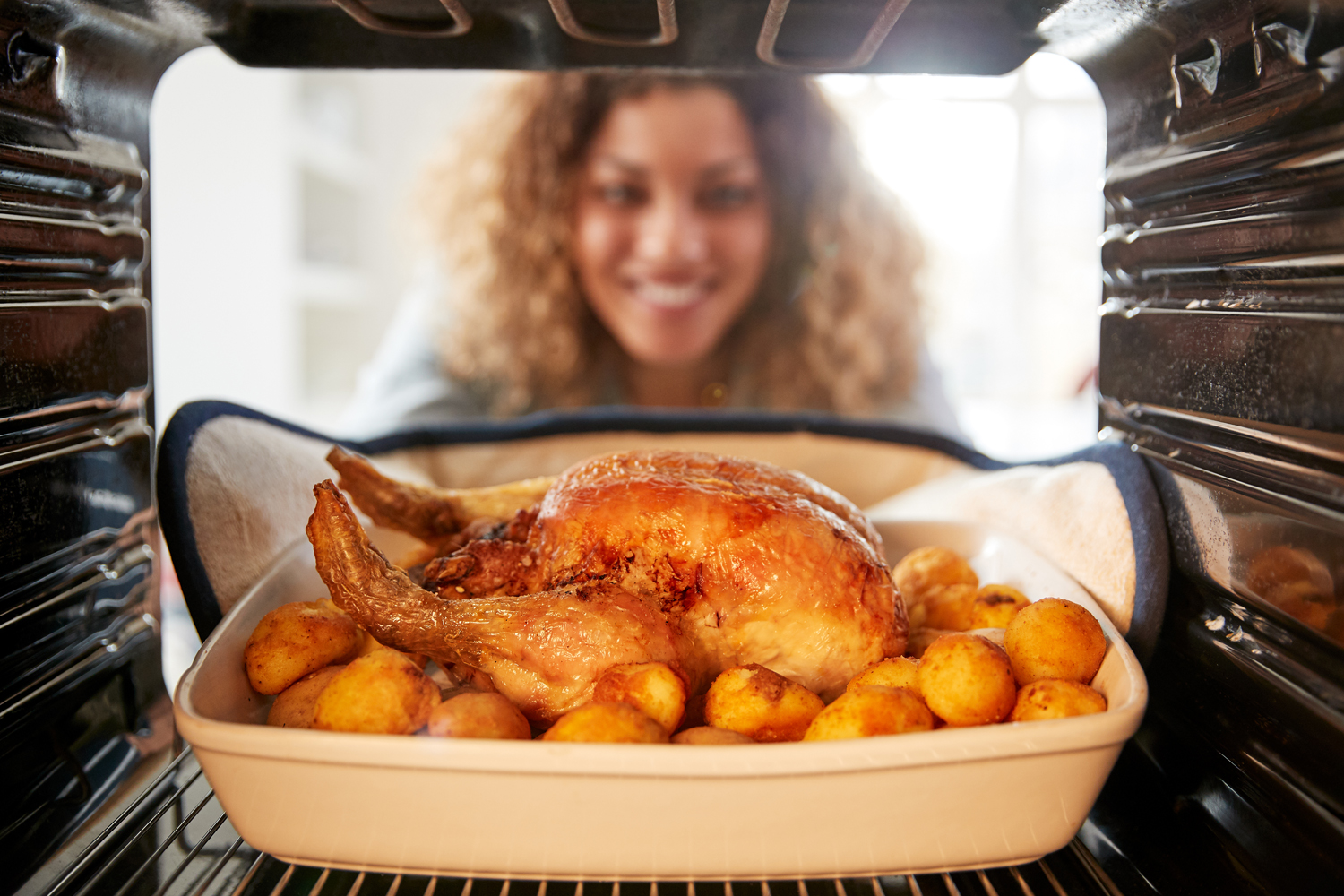 Jade shared her seven dinners which included chicken balti, jambalaya, ramen, burritos and vegetable soup – along with the recipes for each one.

And among the seven lunches are a toasted cheese sandwich, egg fried rice, mini jacket potatoes, and noodles with sausages.

Jade also broke down the cost of each meal, with the cheapest lunchtime dish a fried egg on toast, which costs 34p, while the most budget-friendly meal is soup.

The key to keeping costs low is to buy a whole roast chicken, cook it at the beginning of the week and use the meat in multiple dishes. 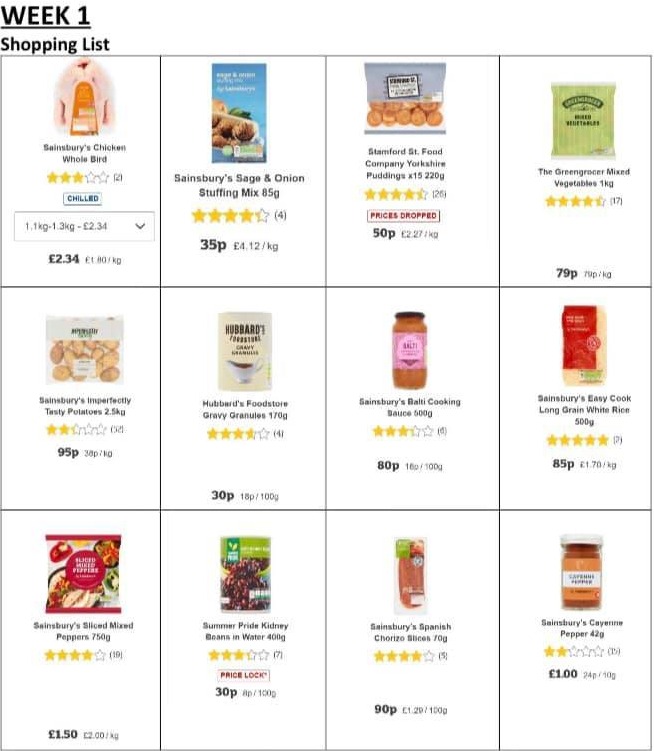 For anyone wanting to try out her weekly menu, Jade shared all the details to Facebook group Feed Your Family on a Budget, where it’s racked up hundreds of likes.

She said: “So, someone earlier essentially said feeding two people for a week for under £20 couldn’t be done.

“I did it based on Sainsbury’s, purely because it’s my local supermarket. 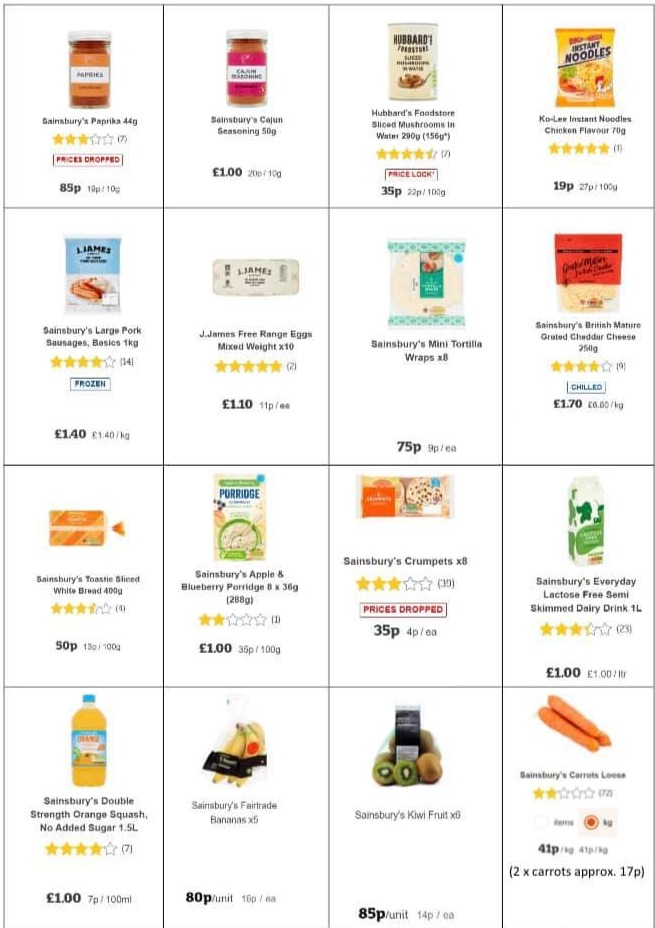 “Obviously other supermarkets could be cheaper.

“Yes I’m a massive nerd. Yes I spent far too much time doing this.”

But while some people were impressed with her planning, others weren’t convinced she’d portioned out the meals correctly. 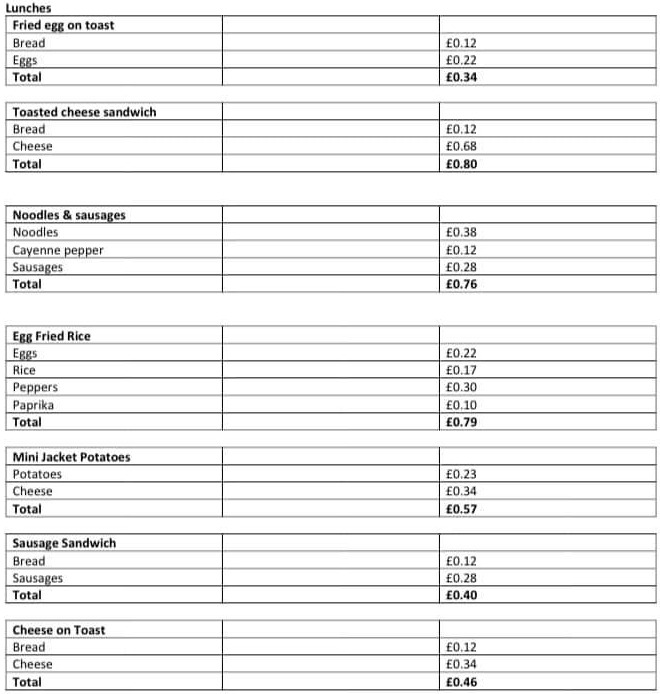 One mum asked: “I still to this day sit and wonder how people stretch a roast chicken into 3 or 4 meals for their family.”

This person wrote: “6×2 person meals from one chicken I'm sorry but how is that possible unless you get one mouth of chicken per meal.”

A third said: “I don't understand how the chicken is stretching to 12 servings?”

While someone else joked: “Introducing the new….bottomless chicken, never runs out.” 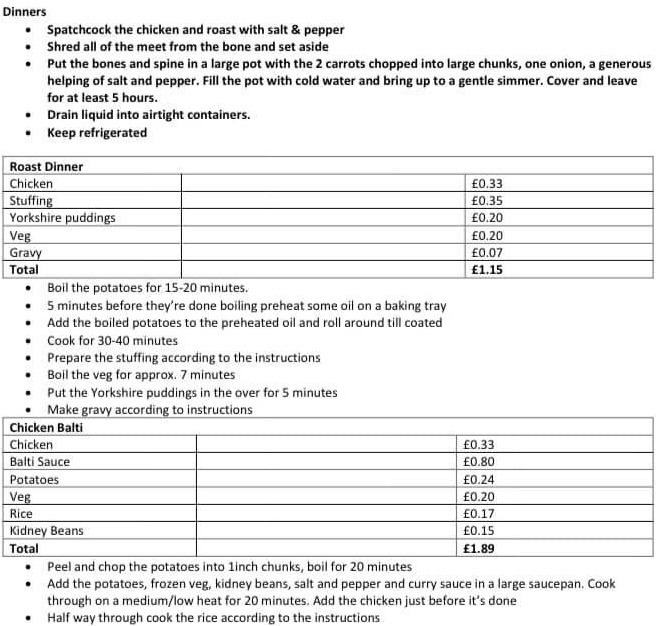 Others thanked Jade for her meal plan, with one person saying: “Please marry me…!! This is so organised it’s hot.”

Someone else raved: “You need to turn this into a business! Seriously that’s amazing I wouldn’t have the patience to do that.”

And this person added: “It’s posts like these that helps me when I’m struggling! It’s got me through many hard times in the past! Thank you for doing this.” 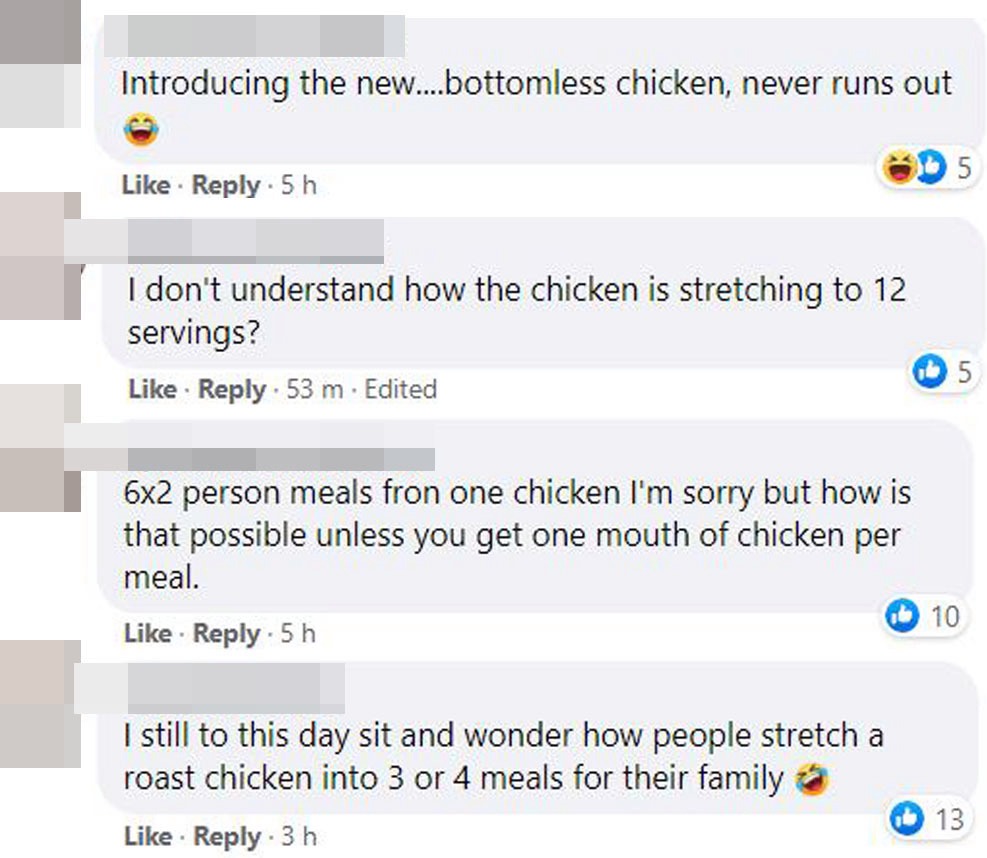 Meanwhile a mum who was made redundant shares the shopping hack that cut her weekly bill in half.

And this woman shared her weekly food bill for two people – which costs just £16.

Plus this mum bags 20 packets of reduced pasta for 20p – but is slammed by people for ‘stockpiling’.