WITH summer around the corner, many people are sprucing up their gardens – but this woman’s outdoor decoration has divided opinion.

With some people saying her hack is “cool and original” and others saying she’s “too lazy to clean”, this Tiktok user is causing debate. 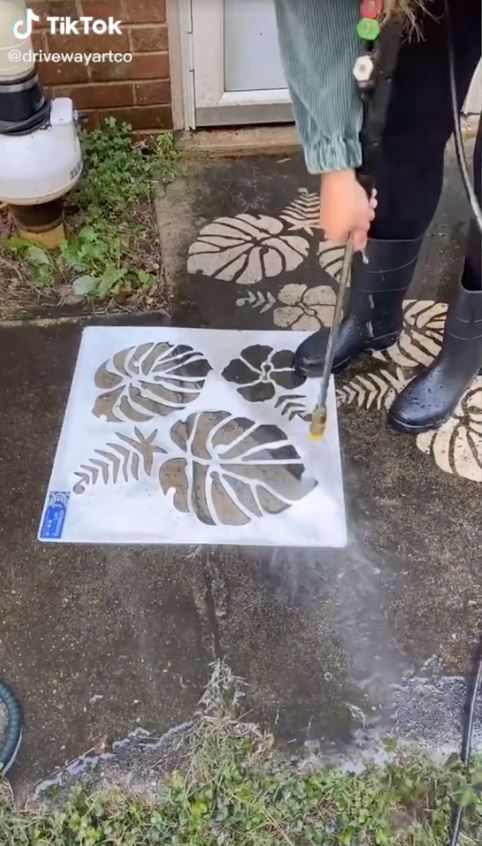 Tiktok user Driveway Art Co sells stencils for people to use on outdoor surfaces like patios and driveways.

What’s unusual about this art technique, however, is that instead of creating an image with paint, this Tiktok user uses a power hose to cut away dirt in different shapes.

Most of the area remains dirty,  but patterns of clear ground appear.

Some people thought the decorative hack was gorgeous, with one commenter saying it was like “reverse graffiti”. 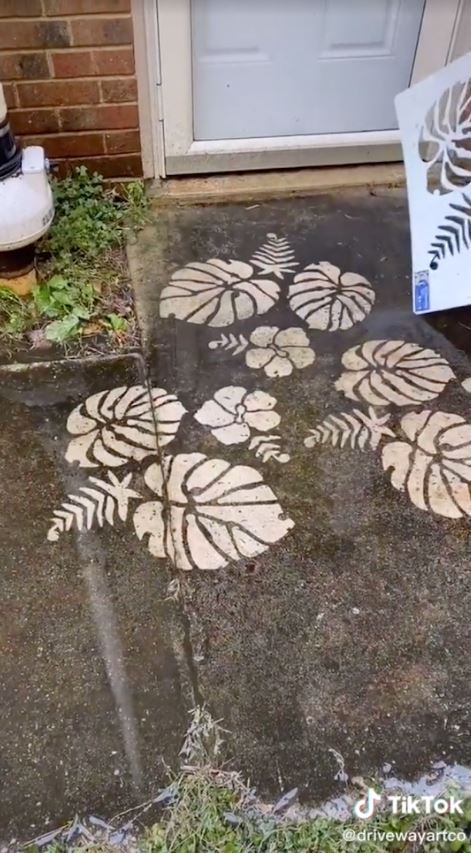 Another wrote: “Okay but this is so cute and eco-friendly because you aren’t painting the path with something that will end up as run off/pollution!!!”

Many, however, thought the hack just showed off how dirty the ground actually was.

“Who else thinks it would just look better cleaned”, wrote one viewer.

“Why not clean the whole sidewalk?”, asked one viewer.

Some commenters came rushing to her defence.

“Why is everyone so mad she isn’t cleaning the whole thing. It’s outside, outside gets dirty. She’s having fun it looks cute move on”, said one supportive viewer.

“Why is everyone angry? I much prefer pretty flowers to a normal sidewalk, and outside is where the dirt belongs anyway”, wrote another.

A third said: “Why are these comments so negative?! I think it looks really cool and original!”

For more garden transformations, check out how this woman transformed her ‘tiny garden’ into a stunning space on a budget with bargains from Amazon, Aldi, B&M, eBay & The Range.

We also revealed how a bloke has created a stunning garden bar using "tatty old pallets" and Wilko lights.

And picking light-coloured pots for your garden means you can water plants less.