MAKEUP can be a saving grace.

And if you know how to apply it properly, you can transform your features to your liking. 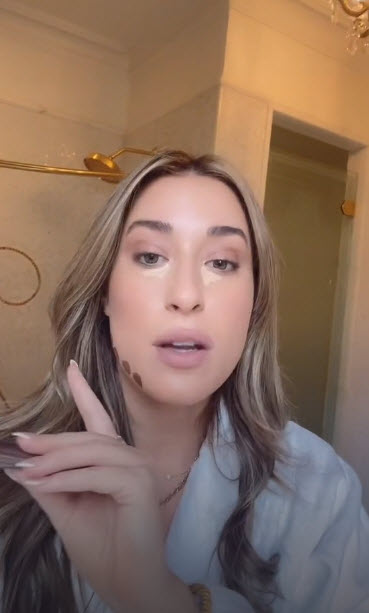 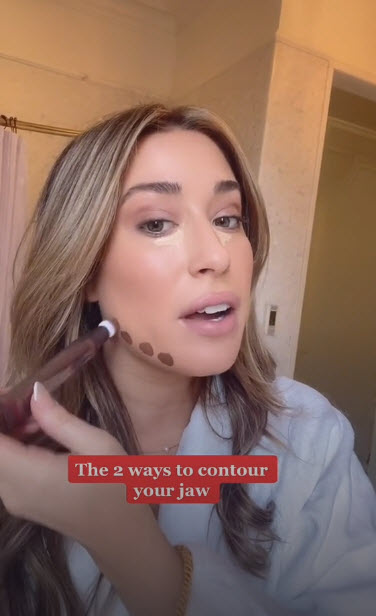 A woman named Megan Lavallie has gained a following on TikTok thanks to her videos that offer makeup tips.

She recently posted a clip that taught her followers how to properly contour their jaws— and there’s a good chance that you’re doing it wrong.

First, Megan showed the top of her jaw dotted with contour makeup.

“If you put it on top of your jaw like this it’s going to minimize your jaw,” she began.

This means your face won’t look as chiseled.

“If you want a more pronounced looking jaw, you’re going to go underneath instead,” she said.

Lining the underside of your jaw with contour makeup allows the jawline to pop, giving your face a more defined and slimmer look.

The makeup guru then added a dot right below her ear in the spot where the jaw begins, saying:

“You could even put a little dot here to kind of create the angle.”

In the comments, Megan specified that she was using the Charlotte Tilbury Contour Wand in the light-medium shade.

TikTok is filled with makeup hacks like this one.

An influencer named Ellie Zeiler gained over a million likes on a video that explained how to contour your nose.

Rather than go under the knife, she said all you need is white eyeliner.

Ellie began by drawing a white line on the bridge of her nose with the eyeliner.

Then she added a small white spot to the tip of her nose.

She also put the white eyeliner in the inner corner of her eyes and a little bit under the arch of her eyebrows.

Finally, she used her finger to blend the white make-up in, creating the illusion of light hitting her face.

Not only did this instantly make her nose look slimmer, but it also allowed her eyes to pop.

Viewers quickly commended her talent in the comments:

“Literally placed my order after seeing this,” wrote one.

“Omg I have this but I’ve never used it as a highlighter…will be trying,” added another. 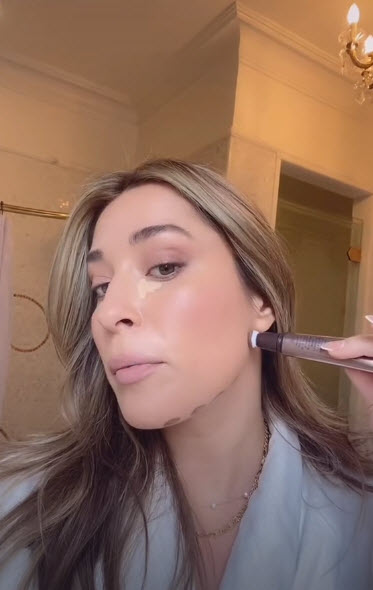