A Jimmy John’s delivery driver in Minnesota was busted for hiding marijuana in a sandwich. An officer pulled over the delivery vehicle for a moving violation, but as she approached the car, she noticed a ‘free smell’ coming from inside.

Are we sure the customer didn’t order a knuckle sandwich?

A deli worker in New York City reportedly clocked a customer on Saturday morning following a dispute over his sandwich order, police said.

Ali Zubaidi, 26, was arrested and charged with assault following the altercation, which reportedly took place in the early morning outside the N&H Deli in the Bronx, the New York Daily News reported.

Zubaidi reportedly became angered following a complaint from the 29-year-old customer, and later followed him outside, where the argument turned physical. Zubaidi is accused of punching the unidentified customer in the face, knocking him to the ground, and causing the customer to suffer cuts to his hands and neck. 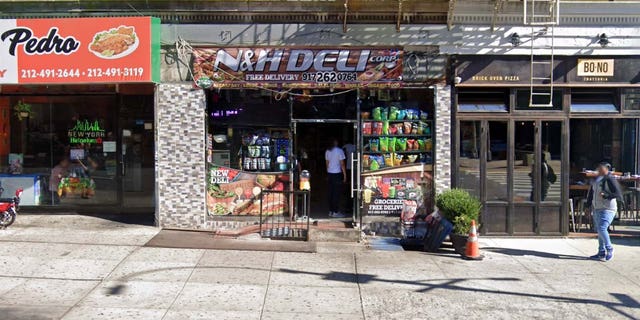 An employee of the deli told the New York Post on Saturday that Zubaidi had only been working at the shop for a month. His current employment status was not immediately clear.

The same source suggested that the customer was drunk at the time of his visit.

Zubaidi has since been released from custody, and is now due in Manhattan Criminal Court for arraignment, according to the Daily News.