This squirrel appears to be a fan of contactless delivery.

HelloFresh has apologized to a customer in the U.K. who alleges to have found a bottle of urine included inside his delivery box — but they claim the culprit doesn’t work at the company.

The customer, sports journalist Oliver McManus, first shared news of the pungent package on Sunday morning, after opening up a box containing his HelloFresh meal kit. He later tweeted out a photo of the offending item — a Coca-Cola bottle that appeared to be filled with urine — and asked HelloFreshUK if they knew why he might have “received someone’s bottled up p[—] with my order?” 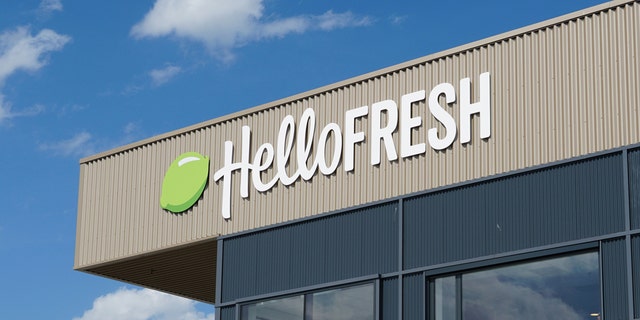 HelloFresh, a meal-kit company based in Germany, has apologized for the "offending item," but claims the package was provided to their delivery partner "fully sealed."

He also acknowledged that HelloFresh may not be directly responsible, but rather the delivery driver who dropped off the package.

McManus later told Fox News that he initially dismissed the incident as an “unfortunate accident” and went on with his day, as there are “far bigger things going on this world.” But the tweet blew up, and soon HelloFresh responded and apologized.

“I didn’t think so many people would take it as seriously as they have done,” he told Fox News.

HelloFresh has since released a statement publicy apologizing for the incident, and confirming that they “offered an appropriate good will gesture” to McManus.

“We are truly horrified and sorry that the customer received the offending item. Given the wholly unacceptable nature, we have investigated this situation and found that the box left our facility fully sealed, having passed all internal checks. We are urgently investigating how an open box with this bottle in it was delivered with our delivery partner,” the company said in a statement shared with Fox News.

“We are working hard to do everything we can to ensure that this cannot happen again.”

But McManus, while grateful for the apology, has repeatedly said he doesn’t wish for anyone to be fired over this incident, especially amid the stressful working conditions that delivery drivers are likely facing amid the pandemic.

“I know they’ve said they’ll investigate but, as far as I’m concerned, they’ve apologized to me… and their apology is good enough for me to draw a line under it,” he told Fox News. “I would be disappointed if any more action was taken.”

A representative for the delivery company who dropped off McManus’ meal kit was not immediately available to comment on any disciplinary action they plan to take, if any.