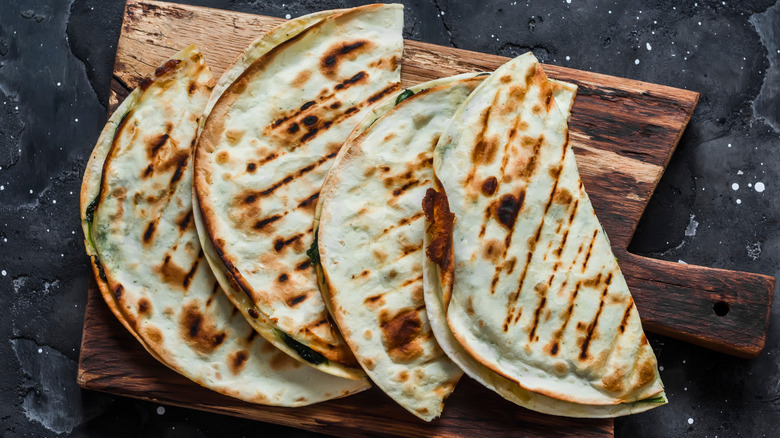 It’s easy to make mistakes when cooking. Making cold brew? Make sure you’re using the right coffee. Cooking tofu? Make sure you drain it first. Mistakes when cooking can be really easy to make, and they sometimes just come from trying new things. They don’t make you a bad home cook; in fact, it’s great that you’re trying new things or simply wanting to make better end products.

Quesadillas, too, can give home cooks issues. They’re warm and scrumptious, comforting and filling, and they’re beloved by people across the world, including celebrities like The Pioneer Woman and Danielle Busby. Still, you can run into issues when preparing them.

For example, according to Surf N Turf Tacos, a Mexican restaurant based in Honolulu, Hawaii, you don’t want to make quesadilla ahead of time. They’re not particularly apt for meal planning or for making ahead of events. They’re designed to be eaten hot and fresh, and this is when they taste the best. However, other mistakes when making quesadillas lie in their preparation and their ingredients.

This is the one ingredient you're definitely using incorrectly 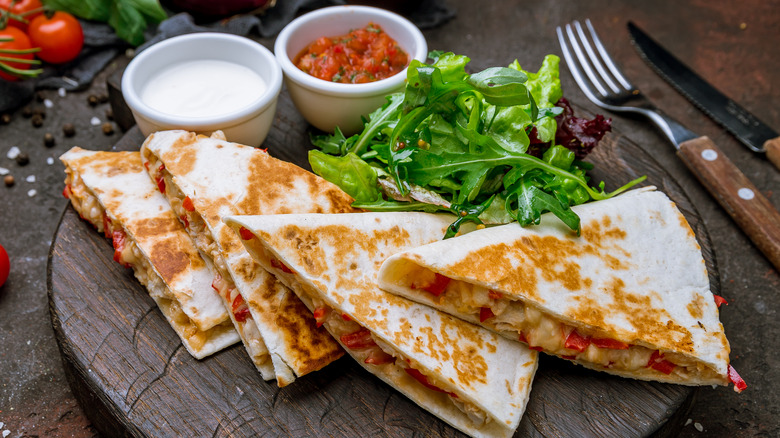 Making quesadillas is actually fairly easy. Mistakes arise, however, when we complicate matters due to the dish itself being easy to prepare. These complications come in two forms: not choosing the right ingredients and not preparing it correctly. For example, according to Bon Appétit, there are two main ingredient issues you can run into. The first is putting seafood in your quesadilla, and the second is cooking them in a lot of oil. The seafood flavor will be lost to the cheese and other ingredients, and your tortillas will absorb the oil if you use too much, making a soggy quesadilla. Instead, use a very light amount of oil, and use meats like pork, chicken, or beef for the best quesadillas.

Moreover, on the preparation side, you should avoid high heat. Tortillas can burn quickly, so you’ll want to crisp them and warm your ingredients inside slowly but surely. Additionally, you want to watch how much you put into your tortilla. Stuffing them too much will cause structural issues when cooking and eating it.

The biggest sin, though, is actually a tie between one main ingredient sin and one big preparation sin. On the ingredient side of things, be wary of corn tortillas. Flour tortillas, instead, offer the structure that you need when constructing, cooking, and eating quesadillas. Leave the corn tortillas for tacos. Then, once you’ve gotten flour tortillas, only use one. It’s hard to flip and eat a quesadilla that uses two tortillas without everything spilling out. Instead, put your ingredients on one half, and flip the other half of the tortilla over it to create a half-moon shape. This will flip easily and be easier to eat — the best part!