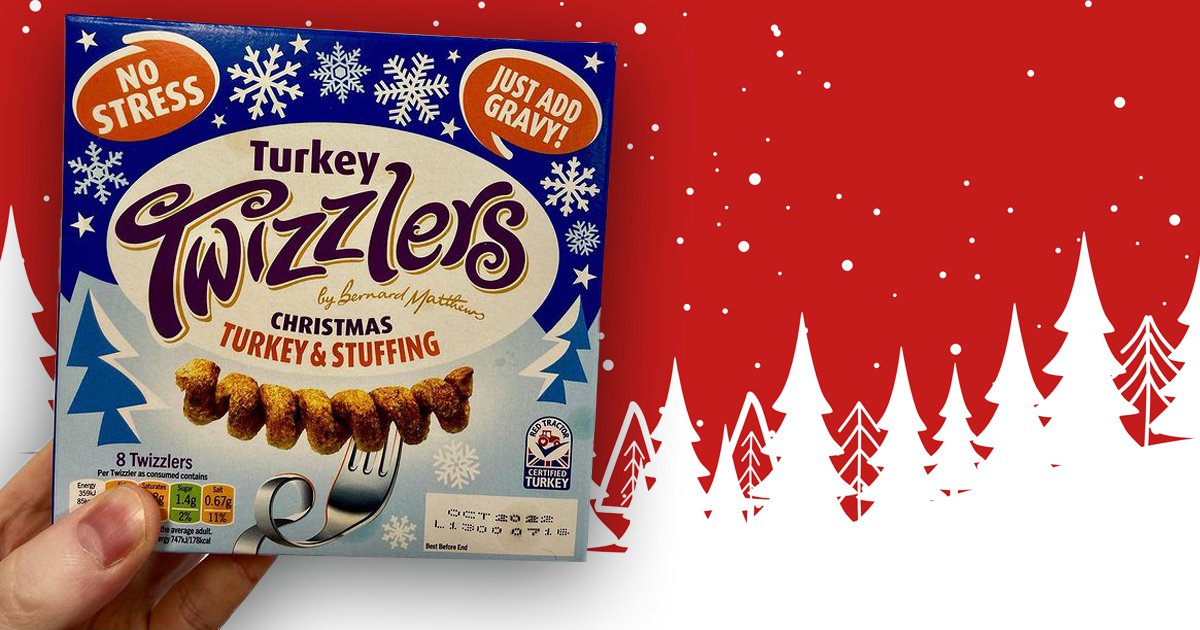 The words ‘Turkey Twizzlers’ can spark rage in a lot of people who grew up in the 90s and 00s.

They may have been banned from school dinners in mid-2000s, but the food – along with many other Y2K trends – are back with a bang for the festive season.

The beloved Twizzler returned in August of 2020 – but now Iceland is selling a Christmassy version of the meat twist, in a turkey and stuffing flavour.

Available now online and in stores, the new option will no doubt give a nostalgic trip down memory name – taking you back to your school canteen.

Bernard Matthews, behind the new creation, comments: ‘The bad boy’s back, and totally twisted with beans or chips, you’ll become so addicted!’

The Christmas Turkey Twizzlers come in at £3 for a pack of eight. But you might want to get a move on to stock up your freezer – as we have a feeling they won’t be around for very long.

These new Twizzlers were first shared by @newfoodsuk on Instagram and it’s safe to say that people have gone wild for the throwback food – with some joking they would even have them over their traditional turkey at Christmas.

While another chipped in: ‘NEED.’

However, not everyone is thrilled about them.

Someone else added: ’Every single edition they produce is a disappointment and nothing like the old school original ones.’

Another person said: ‘Can’t believe these are still being sold. Should have been banned years ago.’

Elsewhere in the world of comfort food, Dominos has launched a new cheese toastie crust with cheddar right to the edges.

And Heinz has unveiled a bizarre new chocolate orange mayonnaise for the festive season – but perhaps not so crowd-pleasing as the Christmas Twizzlers.