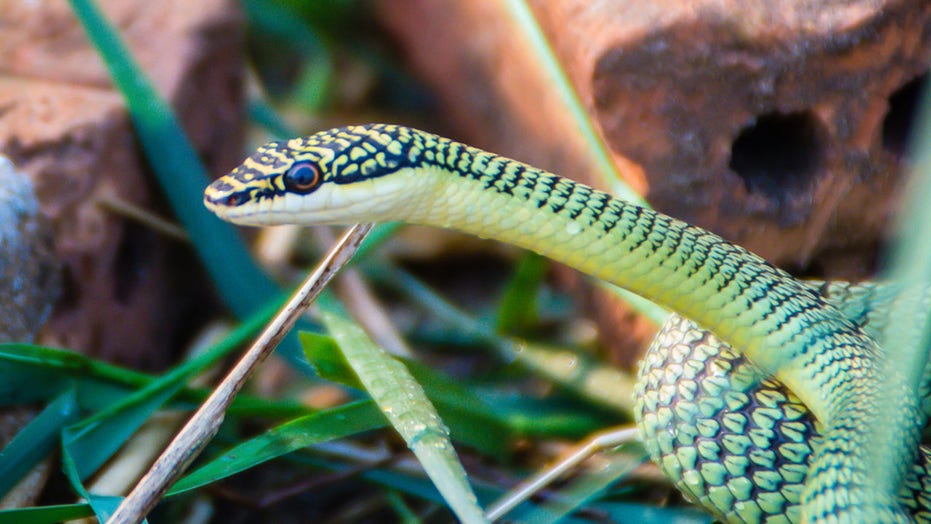 This is why it’s a good idea to inspect your food before eating it.

A mom from Australia shared photos on Facebook of a shocking surprise her son found in a bag of lettuce. It’s never fun to find a living creature hiding in a package of food, especially when that animal is a poisonous snake.

Lesley Kuhn posted a photo of the bag on social media, where she wrote, “Check packaged lettuces carefully. Last night my son found a baby pale-headed snake in with his baby cos lettuce from Aldi.”

The photos clearly show a living snake slithering around inside the bag of lettuce, which was purchased from an Aldi grocery store in Sydney, Australia.

According to The Sun, the snake discovered inside of the bag was poisonous.

In a statement obtained by the news outlet, a spokesperson for Aldi said, “We’ve worked with the customer and the team at Wires to identify the snake’s natural habitat, which is certainly not an Aldi store! We are now working closely with our produce supplier to investigate how this incident could have possibly occurred.”

This is not the first time a snake has been found somewhere unexpected.

Fox News previously reported that a family in Queensland called in Snake Catchers of Brisbane & Gold Coast after they spotted a creature in one of their bathroom drains.

“Our south side snake catcher Bryce was called to a property in Tarragindi this afternoon, after the residents had noticed the bathroom starting to flood during a shower,” the March 28 post reads alongside a 28-second video. “Upon investigating the pipe to locate what was causing the blockage, they noticed an eye reflection staring back at them!”