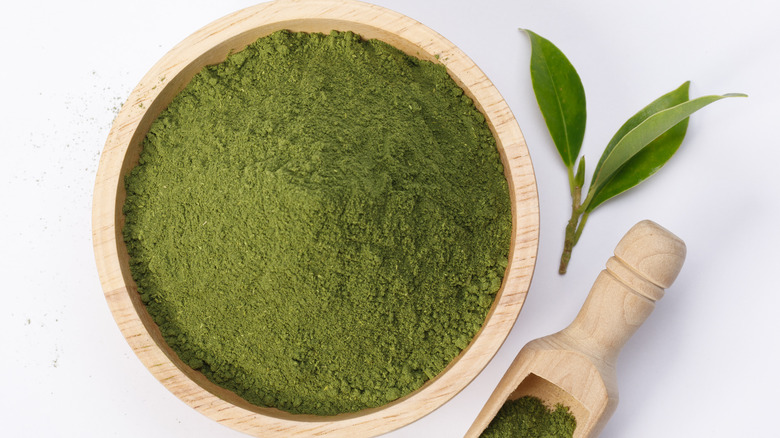 Green tea has long been praised for its numerous health benefits. Regularly drinking this beverage increases your energy levels, decreases anxiety, and improves both your heart health and brain function. Sounds amazing, right? According to Medical News Today, this type of tea was used for medicinal purposes in Asian countries for centuries. This is because green tea contains numerous antioxidants and minerals that provide these key benefits.

If you’re familiar with green tea, you’ve likely heard of matcha as well, which is largely considered to be a healthier option if consumed properly. Matcha has grown in popularity in recent years thanks to beverages like matcha tea lattes at Starbucks and other big-name retailers. Both tea options come from the Camellia sinensis plant, which is why they’re often pitted against each other in the battle for the healthiest beverage, the outlet reports.

Since both drinks provide mental and physical benefits, you may be wondering which is the better option. We’ve broken down the similarities and differences between the two to help you choose the right tea for your personal needs and taste preferences.

Matcha has a stronger flavor than green tea 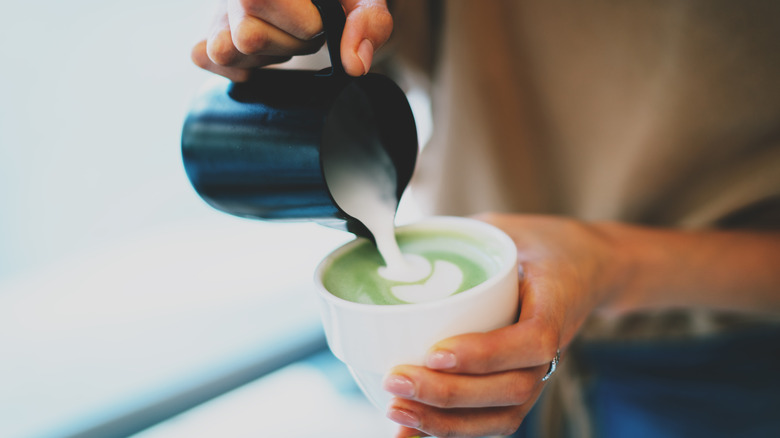 Matcha is prepared differently than green tea and possesses a much stronger flavor because of this. When drinking matcha, you’re consuming the entire tea leaf, which is harvested from bushes that have been shielded from the sun for approximately 20 to 30 days, according to Healthline. By limiting the leaves’ exposure to sunlight, this process increases the amount of chlorophyll the plant produces, making the leaves darker with a higher concentration of amino acids, the outlet reports. In addition to creating a darker hue and more nutrients, this process creates a unique depth of flavor that can be unappealing to some tea drinkers.

The tea leaves are ground into a fine powder once they’ve been harvested from the shaded bushes, leaving a more concentrated product. Most people who have tried the beverage attribute a grassy taste to the drink, and it’s often considered much more bitter than standard green tea. This is why matcha drinkers often consume the tea in a latte form, as the addition of milk and sweetener removes some of the naturally intense flavor, Medical News Today explains.

Though matcha tea lattes taste better than a traditional cup of matcha on its own, be mindful of the fact that adding milk and sweetener to the beverage adds sugar and calories into your diet and dilutes some of the tea’s health benefits.

Green tea has a lighter flavor and less caffeine than matcha 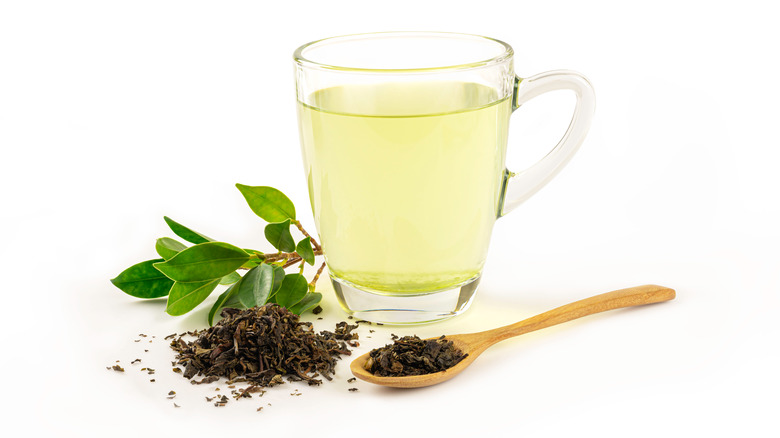 Matcha boasts approximately 19 to 44 milligrams of caffeine per gram, whereas green tea has about 11 to 25 milligrams of caffeine per gram, according to Medical News Today. If you’re looking for a major caffeine boost with some added antioxidants and minerals, then matcha is a good option for you. If you prefer a morning beverage with less caffeine and a milder flavor, traditional green tea is the way to go. You can sweeten your cup with honey without worrying about adding extra calories and sugar to your drink.

The flavor of green tea is less intense than matcha as the tea leaves are immediately heated and dried after harvesting before being steeped in hot water to produce the drink you consume. There is still an earthy flavor attributed to green tea, but it isn’t nearly as potent as the grassy flavor you get when you drink matcha.

Due to the concentrated nature of matcha’s harvesting process, some believe this type of tea contains a higher quantity of healthful compounds, per Medical News Today. When directly comparing matcha and green tea, though, both products contain the same antioxidants and minerals, and both provide benefits such as memory improvement, weight loss, and stress reduction.

Ultimately, the choice you make boils down to which flavor you enjoy more and the level of caffeine you’re seeking.