Game of Thrones may be over, but we’re still pretty much obsessed with learning every last lingering detail about the show and how it was made. Like many, we huddled around our televisions to watch every episode, and on Sunday we crowded together one last time to see The Last Watch, a two-hour long documentary about the making of the show. There were lots of fun behind-the-scenes details, but the moment we can’t stop obsessing over is when the cast and crew’s favorite on-set snack is revealed.

The cast and crew worked overnight for almost 14 weeks, often putting in 12-hour days. They were hungry, and they wanted more than the nutritious, light ‘n’ healthy snacks that had previously been stocked on the on-set coffee truck (operated by the now-legendary Leigh McCrum). So, McCrum took matters into her own hands, making a “fully loaded toastie” for herself one day.

Just one look at the epic sandwich and another person requested one, and from there the legend of the fully loaded toastie spread across set. 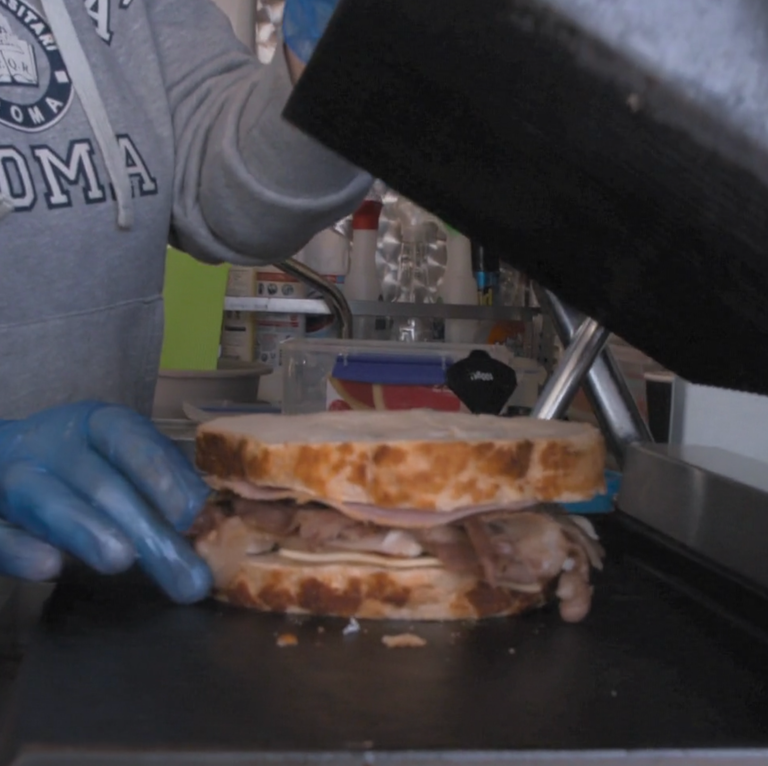 The fully loaded toastie sounds pretty amazing. It’s like a grilled cheese or panini, made on crackly tiger bread and stuffed with cheese, bacon, ham, chicken, tomato, onion, and thin fried “tobacco onions.” On long, dark, cold nights, it was the one thing that people could look forward to, transporting them back to the normalcy of the real world with each cheesy, savory bite.

Another favorite of the cast and crew? Ice pops. Hey, I guess underneath all of those black cloaks and heavy pieces of armor, you get pretty steamy.

Our fan theories may have outstripped what actually ended up happening on the show, but while we were munching on microwave popcorn, our heroes on set were chowing down on a seriously epic sandwich. You may not be able to forgive David Benioff and DB Weiss for what happened at the end of the series, but at least we can thank them for sharing what’s about to be our new favorite lunch with the world in their documentary.