His best picture Oscar for The King’s Speech is on a small shelf in the corner, just next to his Emmy for the 10-minute comedy series State of the Union.

There is nothing ostentatious about Emile Sherman’s office — just a plain desk and a space on a wall where a painting used to be — but it has become the centre of a thriving production company that has him switching between Australian and English time zones constantly. 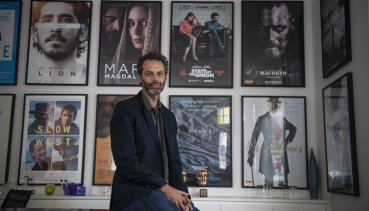 Emile Sherman in the boardroom of See-Saw Pictures in Sydney’s Paddington. Credit:Louise Kennerley

A decade after The King’s Speech won eight Academy Awards, and four years after Lion had six nominations including best picture, Sherman is an excellent chance of heading back to the Oscars with Jane Campion’s new film The Power of the Dog. 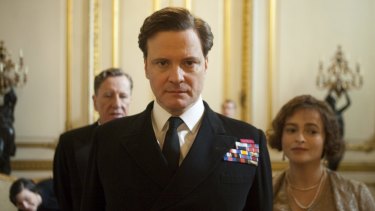 Geoffrey Rush, Colin Firth and Helena Bonham Carter in The King’s Speech which won best picture at the Oscars a decade ago. Credit:Transmission

“Certainly the reception has been as good as we could ever have hoped,” Sherman says. “You really don’t know when you’re making a film or TV show how it’s going to be received. You just don’t.”

While a producer has an instinct whether a film will be good, awards can come down to how it plays into the times and the strength of other contenders.

“Winning an Oscar is lightning in a bottle,” Sherman says. “I realised that with The King’s Speech. It could have gone the other way. All you can do is try to make something that you think will have a great impact and be a great movie.” 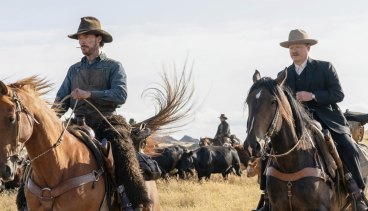 Benedict Cumberbatch and Jesse Plemons in The Power of the Dog.Credit:Netflix

Sherman jointly runs See-Saw Films as a two-country venture. His office is in Paddington, Sydney, and co-managing director Iain Canning is in London.

“The timezone is the bane of my life and no doubt the bane of a lot of people in the UK’s life as well,” he says. “But we really try to use the competitive advantage that we have, which is that we are based in two countries — not based in one with a satellite — bringing together the creative talent, the storytelling talent, the financial resources, the landscapes and production talent of Australia and New Zealand with England and Europe.”

Since The King’s Speech, the company has become a mini studio, with 14 films released (including Shame, Tracks, Lion, How To Talk To Girls At Parties, Mary Magdalene, Widows and Ammonite) and another four on the way (The Power of the Dog, Colin Firth war drama Operation Mincemeat, Joel Edgerton crime thriller The Stranger and The Son, Florian Zeller’s follow-up to his Oscar-winning The Father).

Just last week, Amazon paid $US30 million ($39.8 million) for another film: Garth Davis’ sci-fi thriller A Foe, which will shoot in Australia early next year with Saoirse Ronan and Paul Mescal starring.

While See-Saw started as a film producer, its output shows how much the entertainment business has changed as rival streaming services and cable channels pump up their schedules.

Since making two seasons of Top of the Lake with Campion, See-Saw has shot television series for Apple TV (Gary Oldman and Kristin Scott Thomas in the spy thriller Slow Horses then Claire Danes and Tom Hiddleston in period drama The Essex Serpent) and Netflix (action-comedy The New Legends Of Monkey and young adult series Heartstopper). 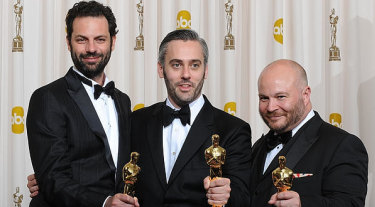 Other series have been for international cable channels AMC (Indigenous vampire drama Firebite), Foxtel/Showtime/Sky (drama The End) and Sundance TV (State of the Union). And three more for the BBC (period drama Banished, comic drama Love Nina and Colin Farrell in whaling drama The North Water).

While The Power of the Dog premiered the Venice Film Festival and screened at Sydney Film Festival this week, it was made for the awards-hungry Netflix.

Three years ago, Campion told Sherman at a Bondi cafe she wanted to adapt Thomas Savage’s 1967 novel The Power of the Dog. He and Canning immediately read it.

“Even before reading it, Iain and I knew that we wanted to work with Jane on the film because it sounded great but, more importantly, we’d back Jane on anything she wanted to do,” he says.

“We were hugely relieved reading the book to realise that this has the potential to be a bullseye. It just has a fantastic story with a compelling group of characters and it combines epic visual storytelling with a complex character psychodrama, a brilliant ending and an ability to cast amazing actors.” 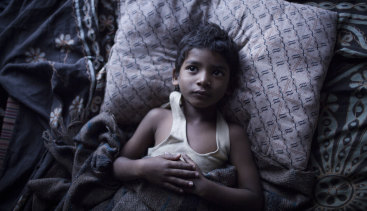 They developed the script, cast Cumberbatch and Elisabeth Moss — subsequently replaced by Kirsten Dunst because of a clash with filming The Handmaid’s Tale — and created a bidding war at Cannes two years ago that Netflix won. Paul Dano was due to play the other brother before a scheduling clash with The Batman meant he was replaced by Plemons.

Campion shot the film in New Zealand because of how well it could pass for Montana in 1925. It opens in cinemas on Thursday and lands on Netflix on December 1.

Sherman, who also co-hosts the social issues podcast Principle of Charity, says the company is looking to take more advantage of “the rising tide of content” for streaming services, making both films and series.

“Television is not what it used to be,” he says. “There is a world — and it’s just starting in Australia now, really — to back more distinctive bold voices at higher budget levels … There are fantastic opportunities to keep the quality really high but broaden the number of shows for our broadcast partners and audiences.“