Susan Orlean is no stranger to unusual human desires.

As a long-time New Yorker writer, she’s profiled everyone from the parents of child beauty pageant contestants to origami obsessives. 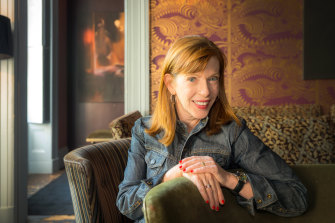 So it is in her personal life, too: her husband once brought a lion to her apartment as a treat, back when they were still dating, and she thought that was just great. “[He] allowed me to stroke his back, which radiated a coiled, heated energy I’d never felt before or since,” the best-selling author writes in her new book, On Animals, a collection of non-fiction stories about people and the animals in their lives.

Still, even Orlean was taken aback by some behaviour of various people profiled in her newly released book, which collects a lifetime of her writings on animals.

“I mean, honestly, I was kind of shocked,” she says about the intimate relationship shared by an animal trainer and Keiko, a killer whale who starred in the 1993 children’s film Free Willy. The trainer kept pictures of Keiko, a 20-year-old Orca weighing 5440 kilograms in her wallet rather than pictures of her own children.

“I’m enough of a sceptic that part of me [thought], ‘Oh, that’s ridiculous’,” says Orlean of the idea of sharing an intimate bond with a whale. She grew up “wanting animals desperately” but always focused on your standard variety: dogs, cats, horses.

But Orlean, who found fame after her 1998 non-fiction book The Orchid Thief was turned into an Oscar-winning film called Adaptation – in which she was portrayed by Meryl Streep – found her world-view tilted on its axis when she met Keiko herself.

“I felt like, ‘Oh my god, I feel this emotional connection to this whale’,” she says, her eyes wide over our video call from her home in Los Angeles as she reveals what happened after the whale sidled up next to her where she was sitting on a dock in Iceland. “I felt this thrill of recognition, that he was curious about who I was. I felt very moved by his attention to me. The fact that this is a wild animal but he chose to sit with me.”

What exactly does recognition by an animal give us humans that other humans just can’t? And what sort of bizarre things do we do to animals, in the hunt for that connection?

They’re just a couple of questions raised by Orlean’s book, with its profiles of people like Joan Byron-Marasek, a virtual recluse in suburban New Jersey who owns 23 tigers, and Kevin Richardson, a South African man who hugs his lions – one weighing 180 kilograms with “paws the size of dinner plates” – like they were toddlers.

Australians, say animal welfare experts, are just as guilty of treating their beloved animals like humans and often to similarly negative effect. (Richardson concedes he’s a “glorified jailer” to his lions, many of whom he rescued from theme parks.)

Some of it is driven by what looks good on social media, like a recent trend that saw people taking their elderly animals on adventurous “bucket list” road trips to take photos of them in front of iconic spots, says Dr Anne Quain, a professor of veterinarian professionalism and ethics at The University Of Sydney. “The cats are very clearly not [happy],” she says, noting that cats are territorial and don’t necessarily like to be outside of their environment. “That’s what people do, when they die. They have a bucket list, they want to do all these things.” (She also sees people turn up to her veterinary practice with dogs strapped to their chest in a baby harness.)

“It’s possible to think you’re doing great, but [you’re not] thinking ‘What is it like for this [non-human] animal?’” says Quain, noting that many people who love their pets don’t make this mistake.

For others, love for their animals blinds them from everything else – even the relative value of humans.

“There’s this famous philosophical puzzle that [Australian ethicist] Peter Singer and others pose: there’s a dog and a human in a sinking lifeboat, and if you had to throw one overboard [which would you choose]?” says Siobahn O’Sullivan an associate professor of social science at The University of NSW, and author of Animals, Equality and Democracy. Of her students, she says: “People do say things such as, ‘If it was my dog, I wouldn’t throw my dog [overboard], but if it was a random dog, I would.’ I think people are thinking, ‘I love my dog so much, and I don’t know Betty [some random person].’”

“They pick up on cues. In some ways they know the truth about us that we don’t, and that people around us might not.”

Orlean profiles people in the book who just might feel this way.

“They would refer to him as a ‘man’,” she says of William and Tina Truesdale, the owners of a boxer show dog named Biff Truesdale. “They’d say, like, ‘He’s a very bossy person’. There was no question in my mind that, in their minds, he was no different from a person.”

Orlean is clear on how different animals are from humans – “I love my dogs, but I don’t think that they’re people” – but the pandemic has taught her just how much succour an animal can provide.

“There would be many times when my son was just being a teenager; I would fling myself on my bed and my dogs and my cat would come as if I had radiated some SOS signal, and they would be there and they would just snuggle,” says Orlean of being holed up with her 16-year-old son, Austin, and her husband, financial executive John Gillespie. “There is a consistency in their devotion that is super human. I mean, no human could achieve that amount of consistent enthusiasm. A relationship with an animal is like a slot machine that always comes up three bells. You pull the handle, and you always win. You always win. .”

It’s a rewarding relationship that not all humans understand.

“Well, for heaven’s sake, Susie,” her mother once said with frustration and a dose of side-eye, Orlean writes in her new book, when she insisted on buying a four-month-old dog, Molly, to live with her in her university apartment in Michigan. “You and your animals.”

If only her mother, who died a few years ago, lived to read Orlean’s newest book and hear the conversations about human and animal relationships that it’s likely to spark.

Because animals, says Quain, know a lot more than they are able to let on. 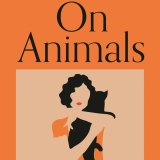 Book cover of Susan Orlean’s On Animals, out now.

“Our body language, our smell, our pheromones, our tone, even the pace at which we move, they can read so much about how we’re feeling based on the way we’re moving,” she says. “And they have to, because they can’t rely on language. And in a way they’re not susceptible to our lies for that reason, because they know the truth. Our lies are verbal and written, that’s how we lie to each other as humans. Whereas animals know. They know if we don’t like someone, it’s very clear to them. We might be polite and do all the right things, but animals know how we feel about someone. They pick up on cues. In some ways they know the truth about us that we don’t, and that people around us might not.”

Orlean, who recently sold her farm in upstate New York to move her family to Los Angeles – letting go of her entire “menagerie” of farm animals including chickens and cattle – probably wouldn’t be surprised to hear this.

“I have a friend who just got chickens, and she’s constantly sending me pictures of her chickens, and I feel like saying, ‘I don’t want to see your chickens’,” she says. “I’m very jealous.”

By all accounts, her friend has no idea she feels this way. But Orlean’s Welsh springer spaniel, Ivy, would.

On Animals, by Susan Orlean (Allen & Unwin) is out now.