Experts warn a generation of children who have missed out on vital early learning because of coronavirus lockdowns risk being left behind unless governments explicitly consider how to catch them up and ensure childcare stays open.

They will tell a Senate committee on Tuesday the nation urgently needs a plan for how young children will recover from the pandemic. 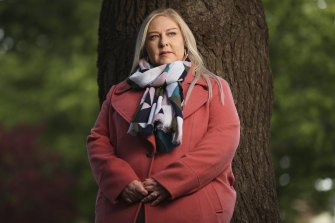 Victoria announced on Monday it would extend its rapid antigen testing process for schools to childcare centres and kindergartens. NSW started trialling rapid antigen testing in schools in Albury last week and wants to see how well that works before deciding whether to roll it out further.

Under the Victorian plan, children identified as primary close contacts can return to care after seven days of quarantine, instead of 14, as long as they return a negative PCR test on day six. They would then have to have negative rapid antigen tests on the days they’re in care during the second week after the exposure.

The state government is providing the rapid test kits for free to services. If parents don’t want their children to do the rapid tests, they have to quarantine for the full 14 days.

However, early childhood advocacy group Thrive by Five says the fact Victoria has gone it alone shows the need for a proper national plan for young children, rather than leaving it up to each state.

Chief executive Jay Weatherill, who will appear before the Senate COVID-19 committee on Tuesday, said NSW early learning centres faced similar challenges to those in Victoria when it came to managing COVID-19 cases.

“Once again, this is just an example of policymaking that’s had to be made on the fly because there’s not a coherent system in this country,” he told The Sydney Morning Herald and The Age.

He pointed to the latest modelling from the Doherty Institute, which considered how to manage possible outbreaks in schools but explicitly said it hadn’t examined settings for children under five.

“It seems to be the very youngest children are not receiving the attention that other sections of the community have received,” Mr Weatherill said.

He wants the plan to look at how to catch up four-year-olds who haven’t been able to do their full 600 hours of preschool in areas that have had extended lockdowns, offer extra support in the first years of primary school, and further ease financial barriers so families can access childcare.

“Otherwise, we’re going to have a generation of children that, at least in some jurisdictions, are going to miss out.”

Childcare centre director Cassandra Duff said she was hopeful children would catch up after seeing how well they had adapted to new measures such as educators wearing masks. But she was worried COVID-19 measures meant they were missing out on important developmental activities such as sensory play or learning self-help skills such as serving their own lunch.

“I’d like to hope that they will be able to catch up and adapt. And they’ve done pretty well so far. But I couldn’t say for sure,” she said.

At her centre in Canberra, even after a shorter lockdown than those in Sydney and Melbourne, more children were unsettled or displaying separation anxiety on their return.

New drop-off arrangements where parents have to say goodbye outside, educators wearing masks, and no playdough are among the many changes.

“When children have fallen over in the playground and they need that comfort and support, so often they’re trying to pull off our masks because they need to see our face for that comfort,” Ms Duff said. “But on the flip side of that, children have adapted significantly with being able to read expressions just through seeing our eyes.”

The Australian Research Alliance for Children and Youth will tell the Senate committee a national plan that recognises the longer-term effects of the pandemic on young people needs to be developed.

Chief executive Penny Dakin said there should be “a direct pathway from children’s voices to the national cabinet” as a first step.

Fascinating answers to perplexing questions delivered to your inbox every week. Sign up to get our new Explainer newsletter here.