Paris Hilton may be used to the simple life, but her new hubby’s family situation is a bit more complicated.

The 40-year-old hotel heiress’ new spouse, Carter Reum, has a never-before-revealed love child, who he has only seen once since she was born 9 years ago, a source with direct knowledge of the situation told us.

The girl’s mom is Laura Bellizzi, a reality star who appeared on the VH-1 show “Secrets of Aspen” and briefly dated actor Mel Gibson. A native of Chicago, as is Reum, she lives in California with the child.

“The people who this story matters to have known about it for 10 years. Carter supports this child. While he does not have a traditional father-daughter relationship with her, he has provided for her since she was born, and will continue to do so,” said a spokesperson for Reum.

The millionaire venture capitalist first denied the child was his, but he eventually signed a document acknowledging he was the father — despite never taking a paternity test — legal records filed last year and seen by The Post show. 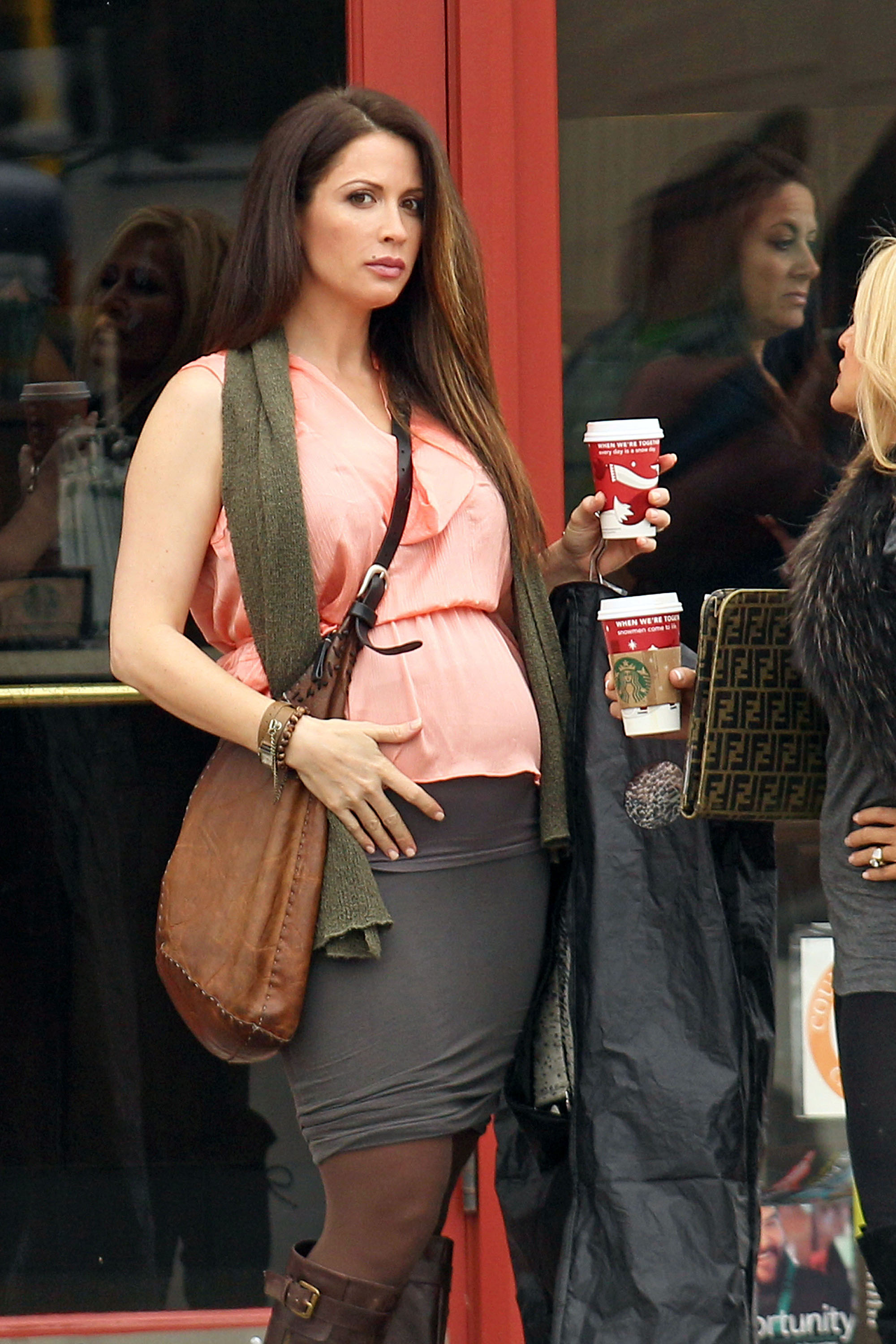 The source said the little girl had been “triggered” by seeing coverage of Reum’s nuptials and felt “left out of her father’s life.”

“Also, she saw the articles of Paris and Carter talking about starting a family. She felt tremendous rejection and felt left out. She wants to have a relationship with him,” said the source.

Reum is worth around $40 million after launching a successful business with his older brother Courtney.

The brothers were early investors in the security firm Ring, as well as the shoe brand Rothys and Snapchat. Their late father, Bob, was the former chairman, president and CEO of Chicago-based Amsted Industries, one of the largest enterprises in the country, and now worth $4 billion, according to Forbes. 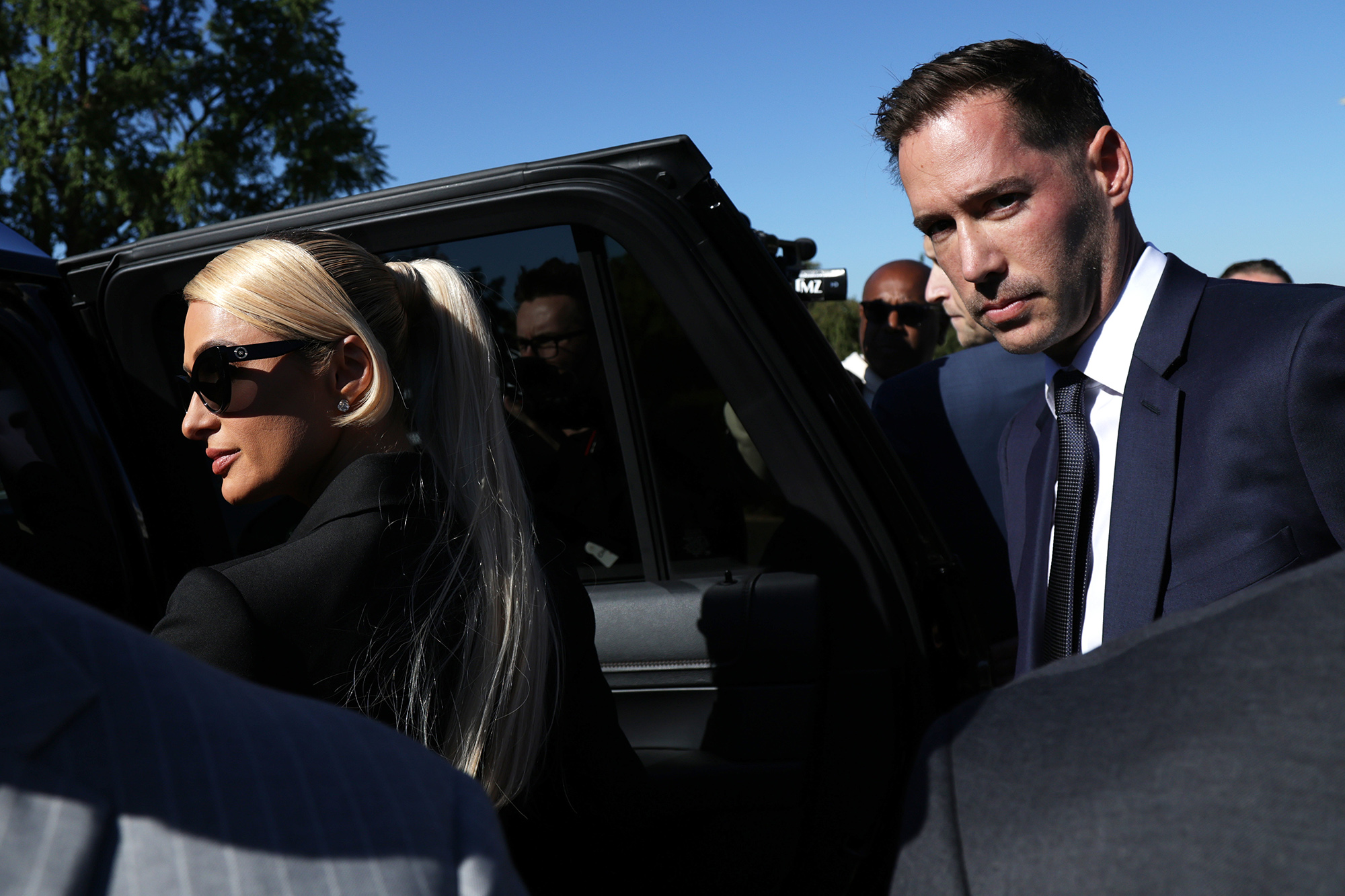 As for the girl, she only wants to “know her daddy,” the source said.

“She just wants to really complete the missing pieces of her puzzle,” said the insider.

“She’s at that age where self-identity is so important, and children want to know who they are and where they come from. It’s important for him to help her with that.”

The source added, “It’s not about (Reum) or the mother. It’s about making the child whole. She is absolutely an amazing little girl. She has so much love to give. And she wants to give it to him, his family and whoever he chooses to love.”

A second source said the child has not only has had a difficult time coping with her father’s absence in her life, but has been emotionally affected seeing all the publicity surrounding Reum and Hilton’s wedding. 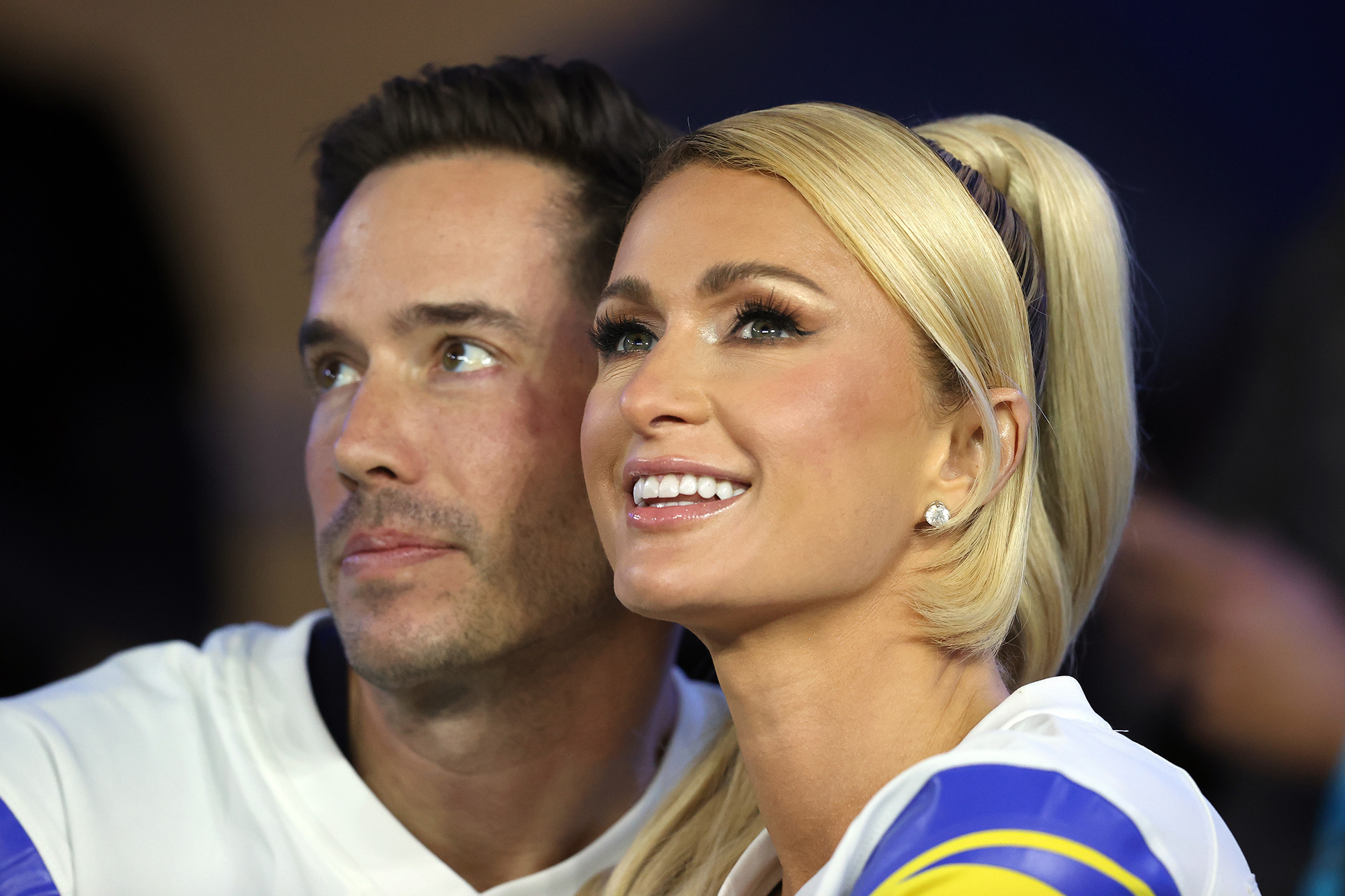 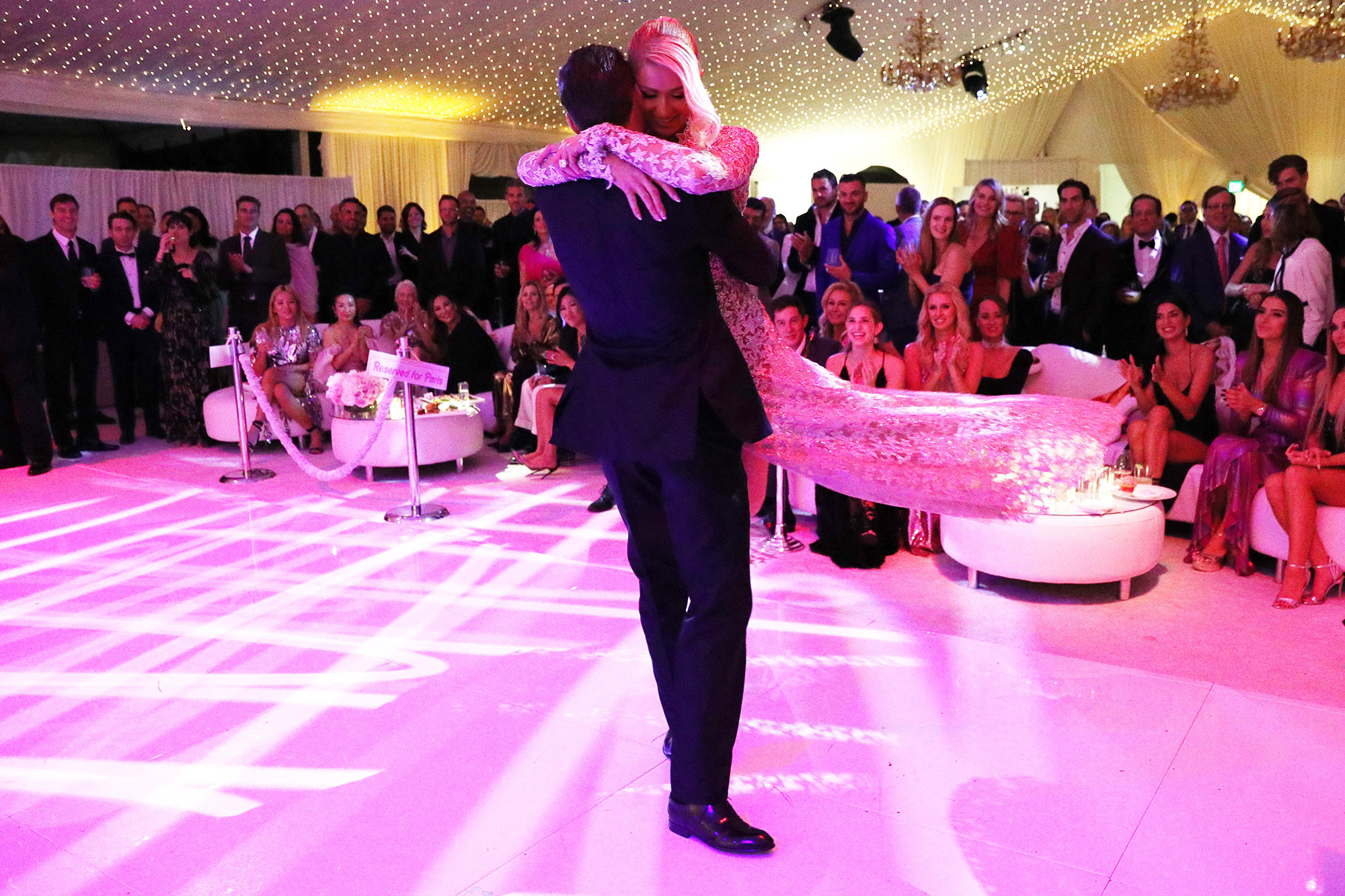 “I cannot begin to describe the pain she feels,” the second source said. “She is of an age now where she is cognizant and wants her paternal family to hear her and know her. He may not claim or love her, but she claims and loves him and his family.”

Hilton and Reum said “I Do” at a ceremony attended by 200 fellow celebrities and loved ones, including Nicole Richie, Emma Roberts and Ashley Benson and was followed by days of celebrations.

For the ceremony, Hilton wore a custom-made Oscar de La Renta gown, writing on her website Friday it was a “Cinderella moment.” Hilton had three costume changes, and the couple were serenaded by Demi Lovato, singing “I will always love you.”

The newlyweds also appear on a new Peacock show “Paris In Love,” which follows the wedding, and which started streaming Thursday night.

While Reum has a daughter in his past, Hilton has talked about starting her own brood with him.

“From the beginning of Paris and Carter’s relationship, he was upfront with her about the matter,” said the spokesperson. “They are looking forward to starting their own family together in the future.” 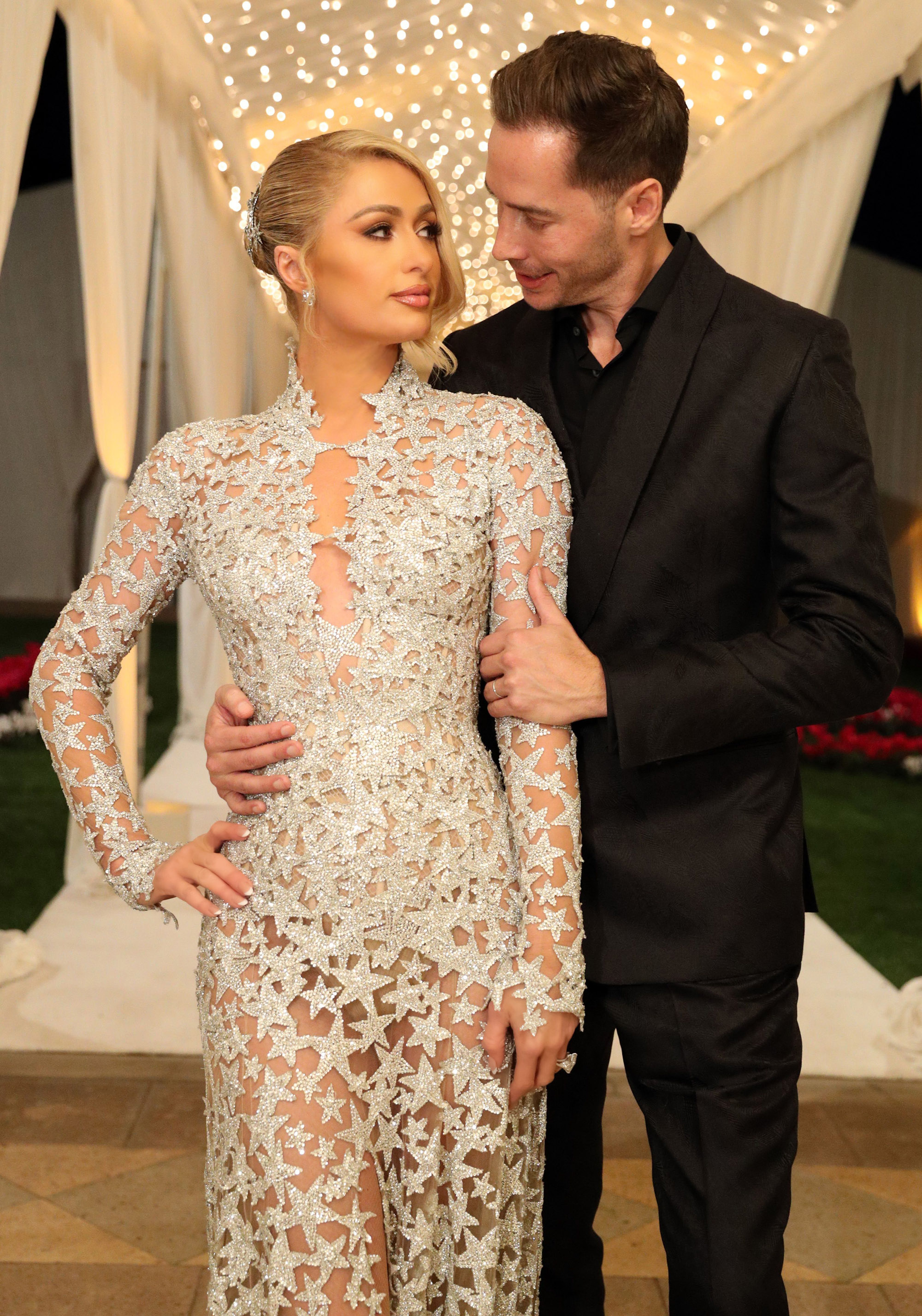 In January, Hilton revealed she was undergoing IVF fertility treatment with her fiancé, praising Reum for being “so supportive” throughout the grueling process.

She told “The Trend Reporter with Mara” podcast that she started looking into IVF because it was “the only way” she could ensure that she can have “twins that are a boy and a girl.”

“We have been doing the IVF, so I can pick twins if I like,” Hilton shared, revealing that longtime pal Kardashian — who welcomed two children via surrogate — was the one “who told me about that. I didn’t even know anything about it.”

“I’m happy that she told me that advice and introduced me to her doctor,” Hilton said.

The “Stars Are Blind” singer added that she had already completed the egg retrieval procedure – and had picked the name London for a daughter, but was still figuring out a name for a boy.In the interview, Hilton also called Reum her “dream guy,” saying that she’s “100 percent” sure he is the one for her.

“I’m really excited just to move on for the next step of my life and finally just have a real life,” she said. “Because I really do believe that having a family and having children is the meaning of life. And I haven’t got to experience that yet, because I didn’t feel like anybody deserved that love from me, and now I finally found the person who does.”

“It was tough, but I knew it would be worth it. I did it a couple of times,” she recalled, before commending Reum. “Just doing it together and having a partner that is just so supportive and always makes me feel just like a princess all the time … that it wasn’t that bad.”