A mansion that sits on a 58-acre estate in the Hamptons just sold for more than 50% off, the New York Post reported.

The property in Bridgehampton, called Three Ponds Farm, went into contract for about $35 million — $40 million less than its original 2003 asking price of $75 million.

In addition to the eight-bedroom, 25,000-square-foot main residence, the estate includes a 75-foot pool, pool pavilion, grass tennis court, an 18-hole golf course, and a clubhouse. The buyer is reportedly Arbor Realty Trust CEO Ivan Kaufman, according to the Post. 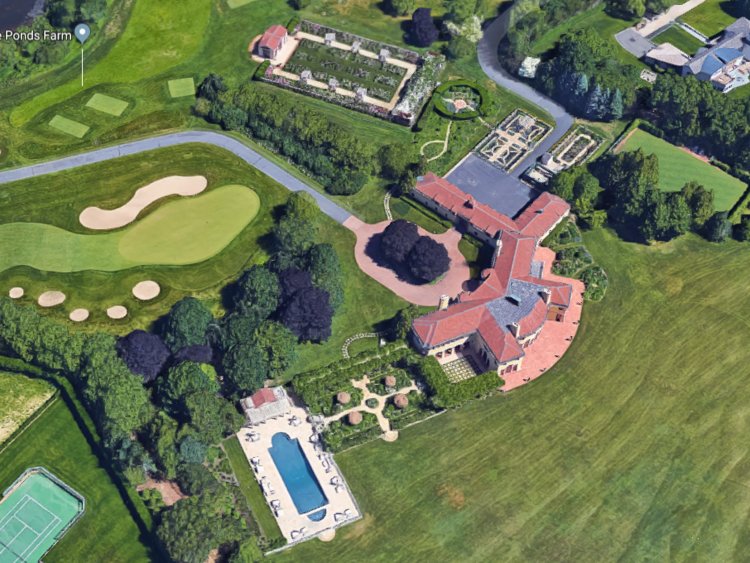 The 25,000-square-foot mansion has 8 bedrooms, 10 full bathrooms, and three half bathrooms.Google Maps

Three Ponds Farm is not the only Hamptons mansion to get a massive price chop lately. The42-acre Jule Pond estate in Southampton recently got a $30 million discount, now asking $145 million instead of $175 million.

News of the heavily discounted Three Ponds Farm sale comes at a rather grim time for the luxury real-estate market in the Hamptons.

The New York Times reported earlier this month thathome prices are plummeting in the favored summertime playground of New York City’s wealthiest residents. The median sale price of a Hamptons home has fallen to a seven-year low of $860,000, according to a report from Douglas Elliman Real Estate.

The real-estate slump can be linked to President Trump’s 2016 federal tax reform, which makes it more expensive to own luxury homes.

And more and more buyers who might’ve otherwise snapped up homes in the Hamptons are instead looking north to areas like the Catskills and the Hudson Valley.