Leaders of the arts community have expressed anger at cuts outlined in this budget that will see an end to the $200 million RISE funding program, that was a lifeline for the struggling sector during the COVID-19 lockdown.

The federal government launched RISE in 2020, to help arts organisations, venues and performers survive during the pandemic. 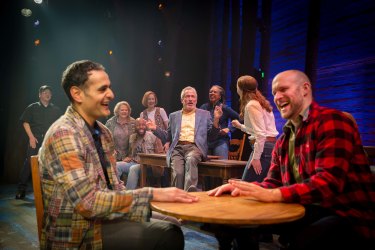 While controversial because it supported commercial ventures such as the Come From Away Australian Tour and Bluey’s Big Play, and was outside the peer-review arts funding mechanisms of the Australia Council, it saved many festivals and organisations from going under.

Sydney arts consultant Janine Collins said the loss of the RISE funding was the most significant outcome of the federal budget for everyone in the already struggling arts world.

“RISE was a fantastic shot in the arm, even if commercial operators were getting it as well as individual artists, but the challenge now in the arts is that the pool of government money is shrinking, but the number of arts organisations competing for it is growing,” Ms Collins said.

Ben Eltham from arts lobby group Fund the Arts said according to their estimates, as well as the phasing out of the RISE grants program, the overall funding for the federal arts portfolio will fall by $190 million next year, or 19 per cent.

“We always knew [RISE] was intended to be a temporary stimulus package, but it is unfortunate it is ending now,” said Eltham, who is also a lecturer in creative industries at Monash University.

“We are seeing nowhere near the 2019 audience levels yet, but the big policy problem is the federal government withdrawing support at a time when the sector is not out of the woods,” he said.

Live Performance Australia Executive Evelyn Richardson agreed Tuesday’s budget fell well short of helping live music venues across Australia, many of which now clinging to life, would likely go under in the next year. She said the lack of additional funding for the Australia Council, was “a missed opportunity to help rebuild the sector.” 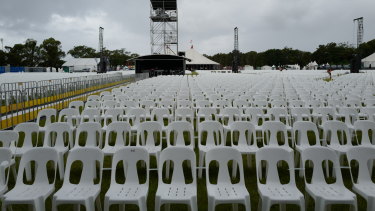 Bluesfest was the top recipient of RISE funding to date. Credit:Getty Images

“We were disappointed the budget does not provide more targeted support for those industries trying to rebuild after being disproportionately impacted by COVID-19,” she said.

“The industry lost $1.4 billion in revenue in 2020, with significant losses in 2021 when our two major markets [Sydney and Melbourne] were locked down. We’ve also lost thousands of people across the industry and now face a severe skill and labour shortage, the worst ever experienced by the industry in living memory,” Ms Richardson said.

Analysis by the Media, Entertainment & Arts Alliance, the union that represents arts workers, found the allocation to regional arts will fall from $18 million this year to $7.5 million next year, and support for film and television will be slashed from $195 million to $150 million.

“This year’s budget continues a pattern of neglect and lack of vision for the arts by the Morrison Government,” said MEAA Chief Executive Paul Murphy.

“It is well documented that the arts and entertainment sectors have been devastated by the impact of COVID-19. Shows were cancelled, livelihoods lost and countless workers have left the industry.”

Funding to Screen Australia will be cut from $109.9 million to $98.3 million, however a spokeswoman said this is a return to pre-COVID-19 levels of federal funding, signalling an end to money like the $20 million SCREEN Fund, which helped independent cinemas survive lockdown.

“This won’t impact our ongoing funding programs,” the spokeswoman said.

While details of Tuesday’s budget outline a number of other funding cuts to Canberra-based national arts institutions, such as the National Gallery of Australia, the National Library, the National Museum, the National Portrait Gallery and the National Maritime Museum, in most cases these signalled a return to pre-COVID-19 funding.

A spokeswoman for the National Gallery said they had received extra money for a one-off capital works program from the federal government to refurbish their temporary exhibitions gallery, but their core funding would remain the same in the next few years.

The National Museum of Australia received an additional $9.529 million in federal budget ​appropriations across next financial year (2022-2023), with a total budget allocation for that year of $50.91 million.

“We welcome the news that the federal government has supported the National Museum and we’re grateful for the help as we emerge from what has been a very challenging period,” said National Museum director, Dr Mathew Trinca.

“We look forward to next year and delivering a suite of programs telling the great Australian story, to visitors at the Museum’s Canberra site and around the country,” he said.