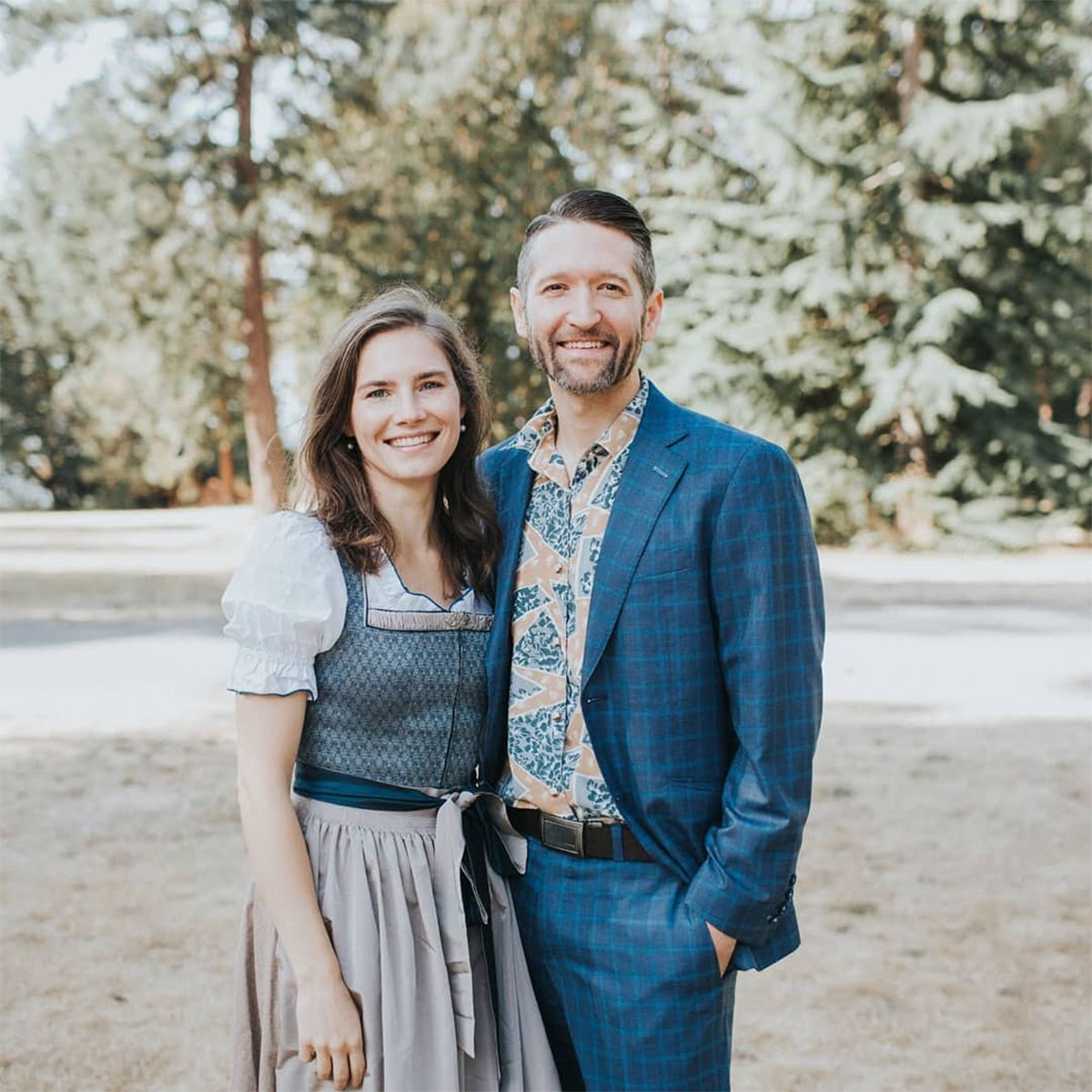 Welcome to parenthood. Amanda Knox announced the arrival of her first child with husband Christopher Robin on Friday, October 22.

Halsey and More Stars Who Had Children After Miscarriages

The couple kept the birth of their daughter, Eureka Muse Knox-Robinson, under wraps due to privacy concerns — until now. “I’m still nervous about the paparazzi bounty on [my daughter’s] head,” Knox, 34, told The New York Times on Friday. “I will say I’m excited to not have to keep pretending not to be a mom. ‘Cause it’s like, my brain is just there.”

The Waiting to Be Heard author shared a photo of the newborn via Instagram the same day, explained that it “will be the only picture of her I ever share on social media.”

In the caption, she noted, “Since my exoneration, I’ve struggled to reclaim my identity and protect the people I love from being exploited as tabloid content. It’s not easy, and I often feel like I’m trying to invent good choices out of bad whole cloth. I know that I cannot 100 percent protect my daughter from the kind of treatment I’ve suffered, but I’m doing the best I can.”

The “Truth About True Crime” podcast host concluded by thanking those who wished her and Robin “well on our journey to parenthood. Thank you for believing in us.”

Knox is best known for her exoneration by the Italian Supreme Court after being wrongfully accused of the murder of her former roommate Meredith Kercher in 2007. The Washington native and her ex-boyfriend Raffaele Sollecito were ultimately found not guilty of the crime in 2015.

Knox saw many similarities between her experience and Matt Damon’s July movie, Stillwater — but tweeted that she was not consulted ahead of the film’s release.

“Does my name belong to me? My face? What about my life? My story?” Knox wrote via Twitter at the time. “Why does my name refer to events I had no hand in? I return to these questions because others continue to profit off my name, face and story without my consent. … I have not been allowed to return to the relative anonymity I had before Perugia. My only option is to sit idly by while others continue to distort my character or fight to restore my good reputation that was wrongfully destroyed. It’s an uphill battle. I probably won’t succeed. But I’ve been here before. I know what it’s like facing impossible odds.”

When she and Sollecito, 37, were exonerated in 2015, the Scarlet Letter Reports host subsequently got engaged to Colin Sutherland. She went on to date Robin after splitting from her longtime friend.

Robin proposed to Knox in November 2018. They went on to tie the knot in February 2020 in Washington.

In July of the following year, the couple opened up about the “Labyrinths: Getting Lost With Amanda” podcast host’s recent miscarriage, which was “haunt[ing]” Knox.

“I thought I knew exactly what I want to do with my first pregnancy and [to] have it not come to fruition, not through choice, felt like a betrayal,” she told listeners at the time. “Do I have bad eggs? Am I too old? Did something happen to me while I was in [prison in] Italy? As soon as I learned it wasn’t alive, I tried to divorce those two ideas in my head, that was not my baby, it doesn’t have a name. … I don’t know that baby, I don’t think I ever will.”

Stars Who Struggled to Conceive Children Share Their Fertility Issues

Knox went on to say, “I don’t know who that baby was. I don’t know if I’ll ever know. It’s a weird thought. We sat with the miscarriage for a while, trying and failing to be OK.”

The following month, Knox and Robin announced they were expecting by sharing a clip of themselves waiting to find out the results of a pregnancy test. “Thank goodness!” Knox could be heard yelling. “We did it!”