Angelina Jolie made a rare public appearance in West Hollywood on Thursday, treating two of her children, Pax and Zahara, to sushi. 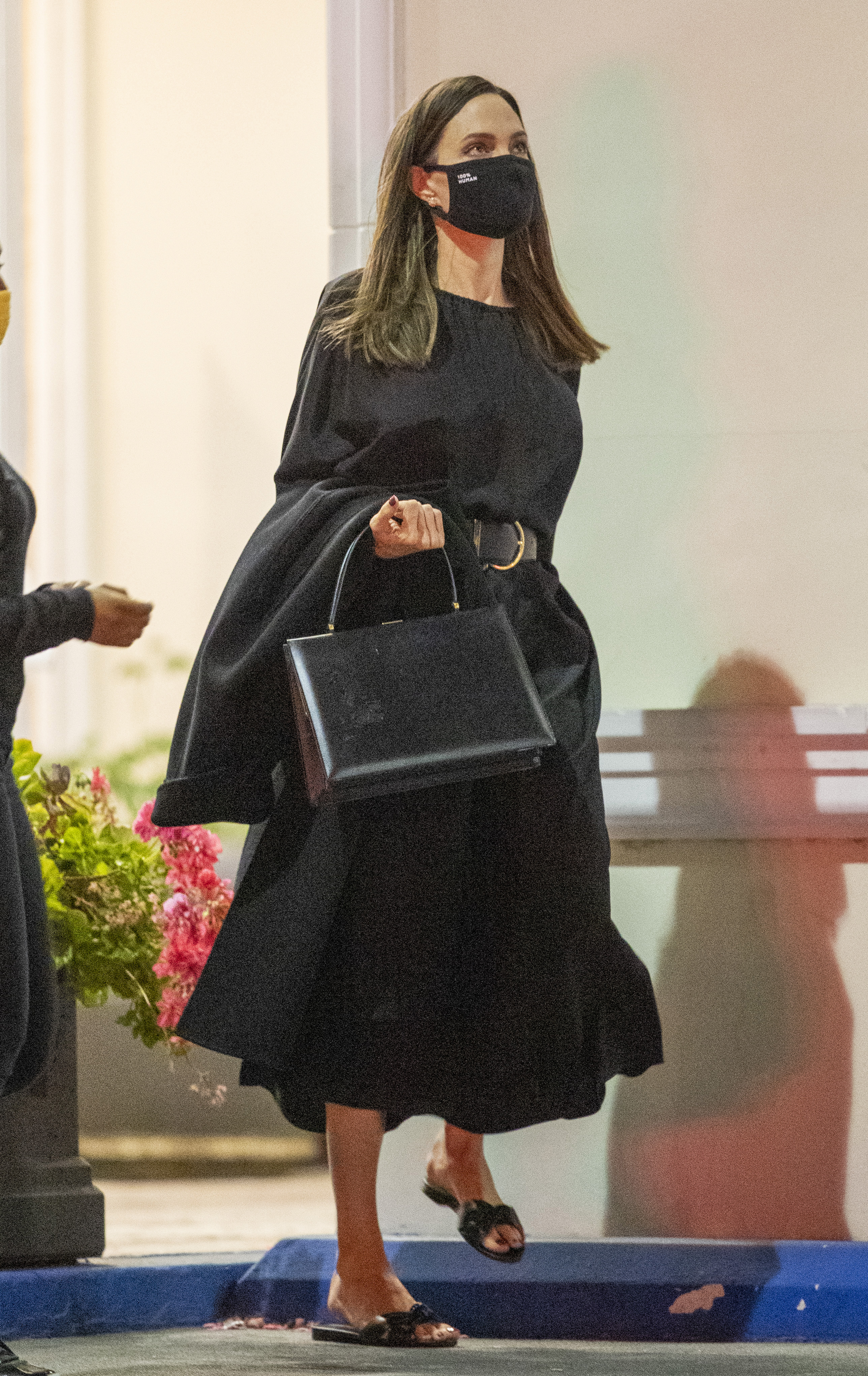 Jolie, 45, wore nothing but black from her bag to her sandals, along with a mask that read, “100% human.” Zahara, 16, twinned with her mom in a similarly monochromatic outfit, while Pax, 17, was the most colorful of the trio in a red and blue plaid shirt and a gray flat-brim baseball hat. 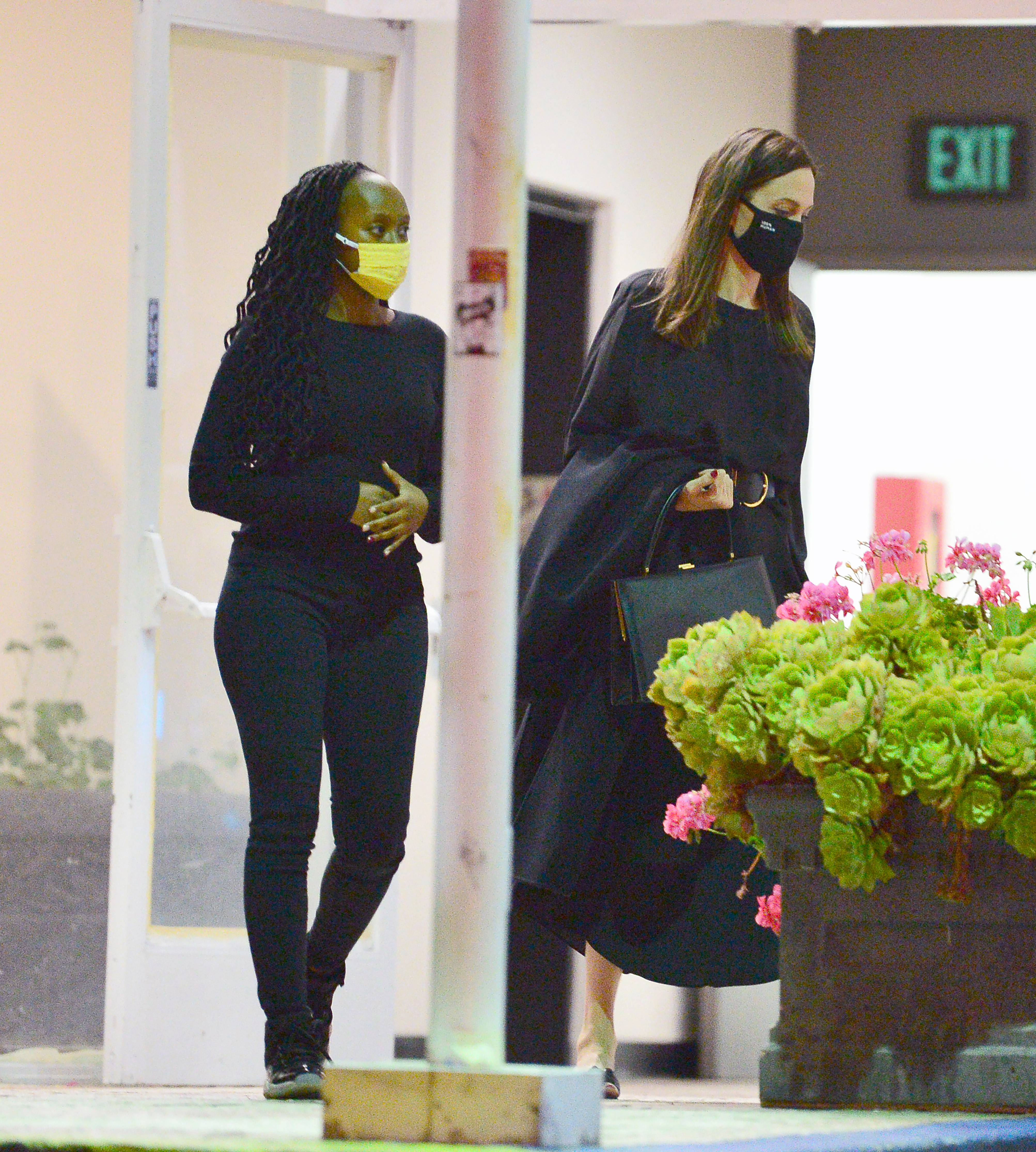 The trio dined at Sushi Park on Sunset Boulevard, which has garnered plaudits from The Infatuation and none other than Goop despite its unassuming location on the second floor of a strip mall.

Those rave reviews come with a price tag to match: The Infatuation notes that Sushi Park’s omakase will set diners back around $200 per person. 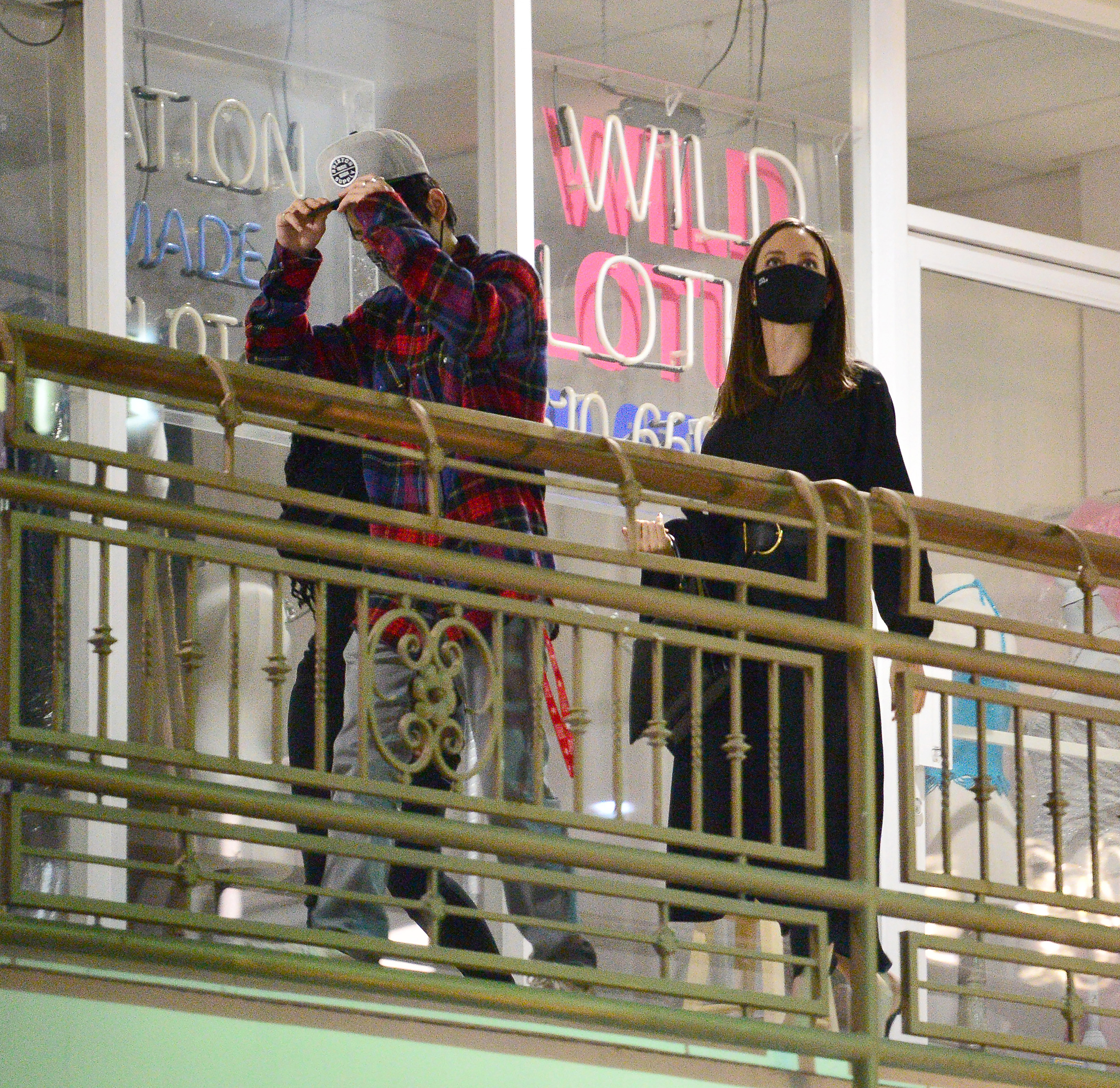 The night out was presumably a welcome respite from what’s been occupying the Jolie-Pitt family for years now — the ugly split between Angelina and ex-husband Brad Pitt.

Jolie blamed the couple’s prolonged court battle for keeping her from directing more films during an interview with “Entertainment Weekly” earlier this week. 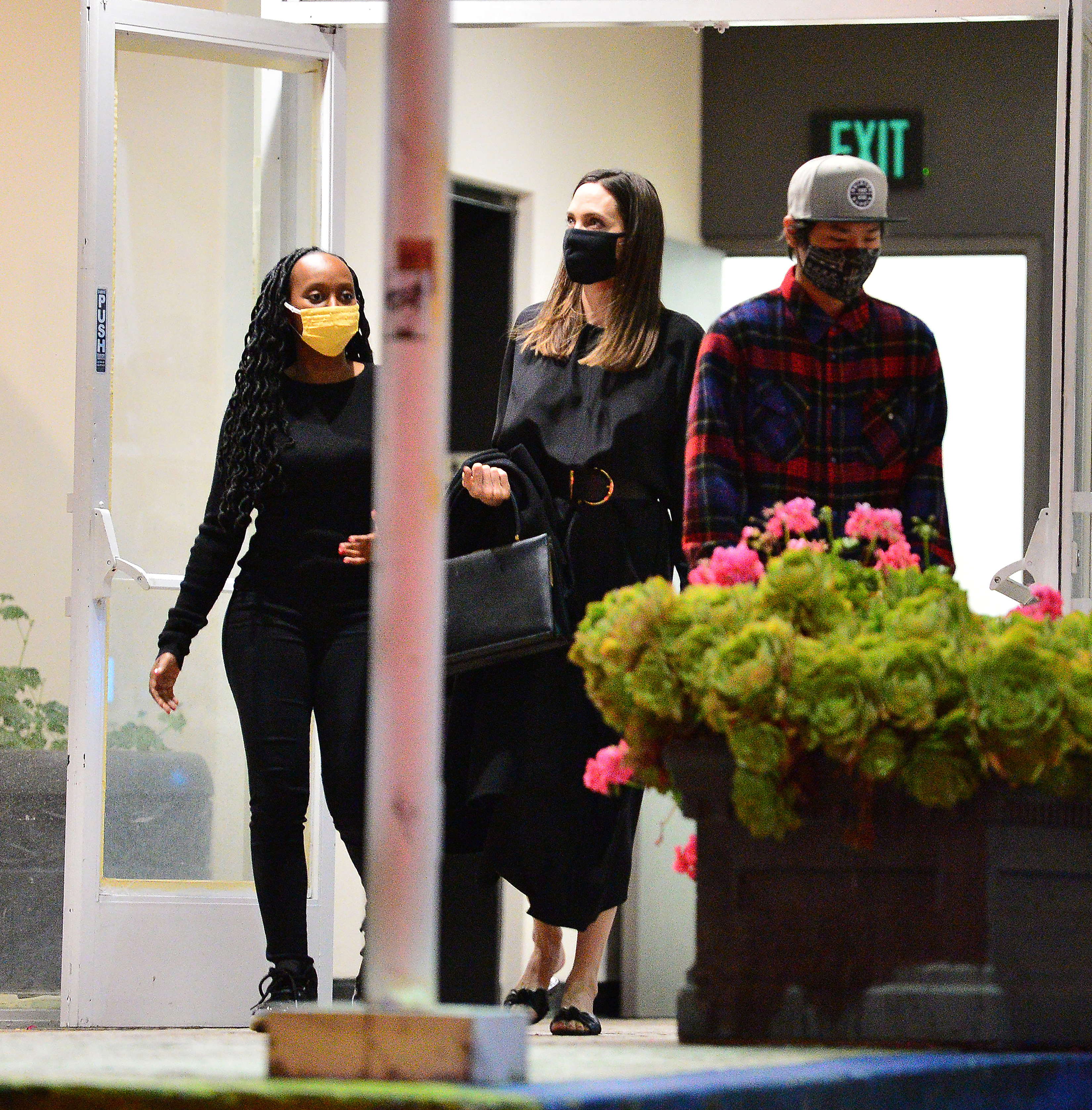 “I love directing, but I had a change in my family situation that’s not made it possible for me to direct for a few years.

“I needed to just do shorter jobs and be home more, so I kind of went back to doing a few acting jobs. That’s really the truth of it,” she said. 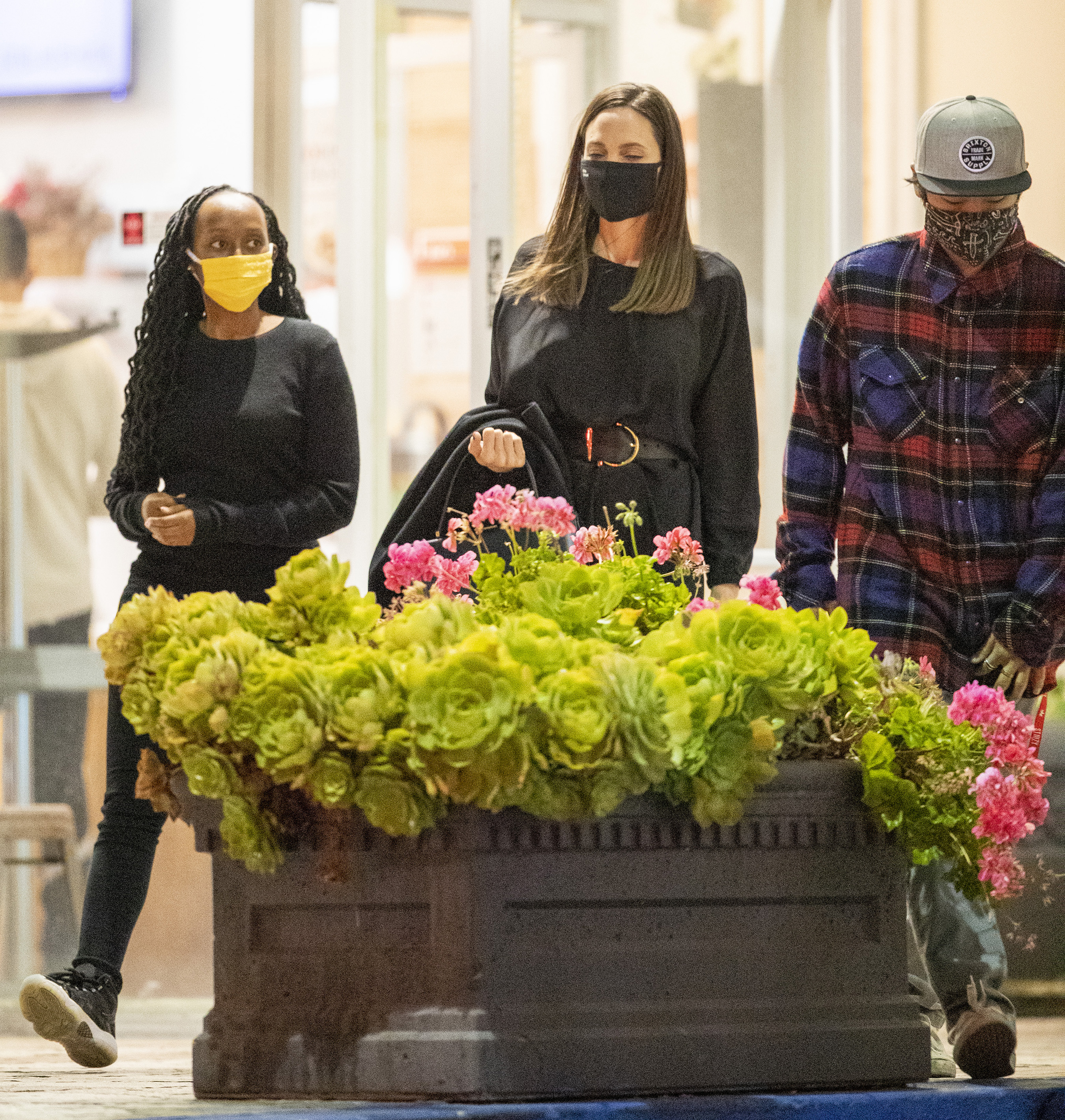 Jolie and Pitt, 57, ended their two-year marriage in 2016. They were both legally declared single in 2019, though their divorce has yet to be finalized and continues to be complicated by the custody battle over their six children.

Besides Pax and Zahara, Pitt and Jolie are parents to Maddox, 19, Shiloh, 14, and 12-year-old twins Knox and Vivienne.

While court documents in their case are private and sealed, Jolie’s accusations over Pitt’s alleged abusive behavior leaked to The Blast in March, which as Page Six exclusively reported at the time, left Pitt “heartbroken that Angelina has gone that route.”

There was an infamous family incident aboard the Jolie-Pitt brood’s private jet in 2016, and though the “Fight Club” star admitted to yelling at his kids, he was never charged with abuse.