If you’re a Stranger Things fan, you’re probably counting down the days until Season 3 premieres on July 4 (I know I am). To help you pass the time, Baskin-Robbins teamed up with Netflix and created Stranger Things-inspired ice cream flavors that’ll literally turn your world upside down. The new selections, which are available throughout the month of June, include flavors and sundaes that are inspired by your favorite Hawkins characters. If you’re intrigued, I’ll tell you a little bit more about Baskin-Robbins’ June 2019 Stranger Things ice cream flavors.

I’ll start with the company’s Flavors of the Month for June, because both are specifically inspired by Stranger Things. One of the flavors is called "Eleven’s Heaven," which, of course, involves a waffle cone. (Eleven loves her waffles, so that makes total sense.) In fact, Eleven’s Heaven is literally waffle cone-flavored ice cream that’s mixed with chocolate icing-flavored ribbons and chocolate-coated sugar cone pieces, per Baskin-Robbins. It sounds like Eleven would adore this flavor, which is probably the point.

If you’re hoping to try Eleven’s Heaven, head to your local Baskin-Robbins throughout the month of June and give it a go. But if you’d rather taste something different, you have so many choices (including the other Flavor of the Month for June). 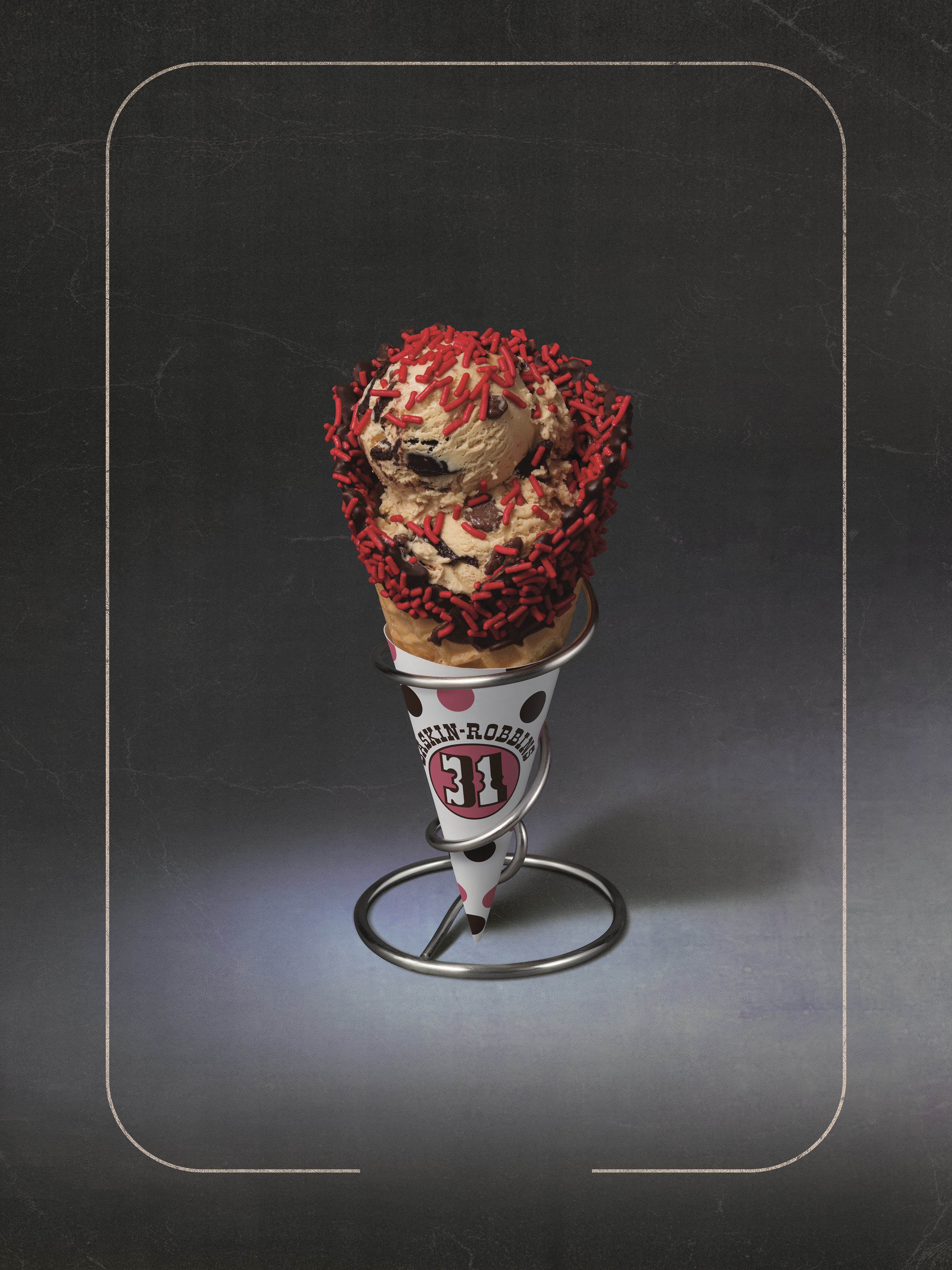 Baskin-Robbins’ second Flavor of the Month is also inspired by Stranger Things, but it’s a little bit spookier. This one’s called Upside Down Pralines, and it features chocolate ice cream that’s mixed with chocolate-caramel-flavored ribbons and praline pecans. It’s dark and mysterious, just like the Upside Down.

I don’t know about you, but I’d love a scoop of both.

Carol Austin, Vice President of Marketing for Baskin-Robbins, talked about the Stranger Things-inspired flavors in a press release. She said, "We wanted to give fans a taste of the new season of Stranger Things and are thrilled to partner with Netflix to give customers across the country an experience straight out of Hawkins, Indiana. Whether you love the show or just love some seriously delicious ice cream creations, we’ve got something for everyone." The Demogorgon Sundae, on the other hand, is a dessert made in a waffle bowl that "frightfully resembles a Demogorgon monster," per Baskin-Robbins.

(I do see a resemblance, but it’s making me more hungry than scared.) More Stranger Things-inspired treats at Baskin-Robbins include the Byers’ House Lights Polar Pizza Ice Cream, the USS Butterscotch Quarts, and the Elevenade Freeze. If you’re excited to try ’em all in time for the Season 3 premiere, head to your local Baskin-Robbins throughout the month of June (and don’t forget to mark your calendars for July 4).