THIS is the incredible moment a brave lad leaps into a freezing cold canal and risks his life to save a drowning baby deer.

Gym fanatic Marc Headon from Gainsborough, Lincolnshire, was filmed stripping down to his boxers and swimming to help the struggling animal. 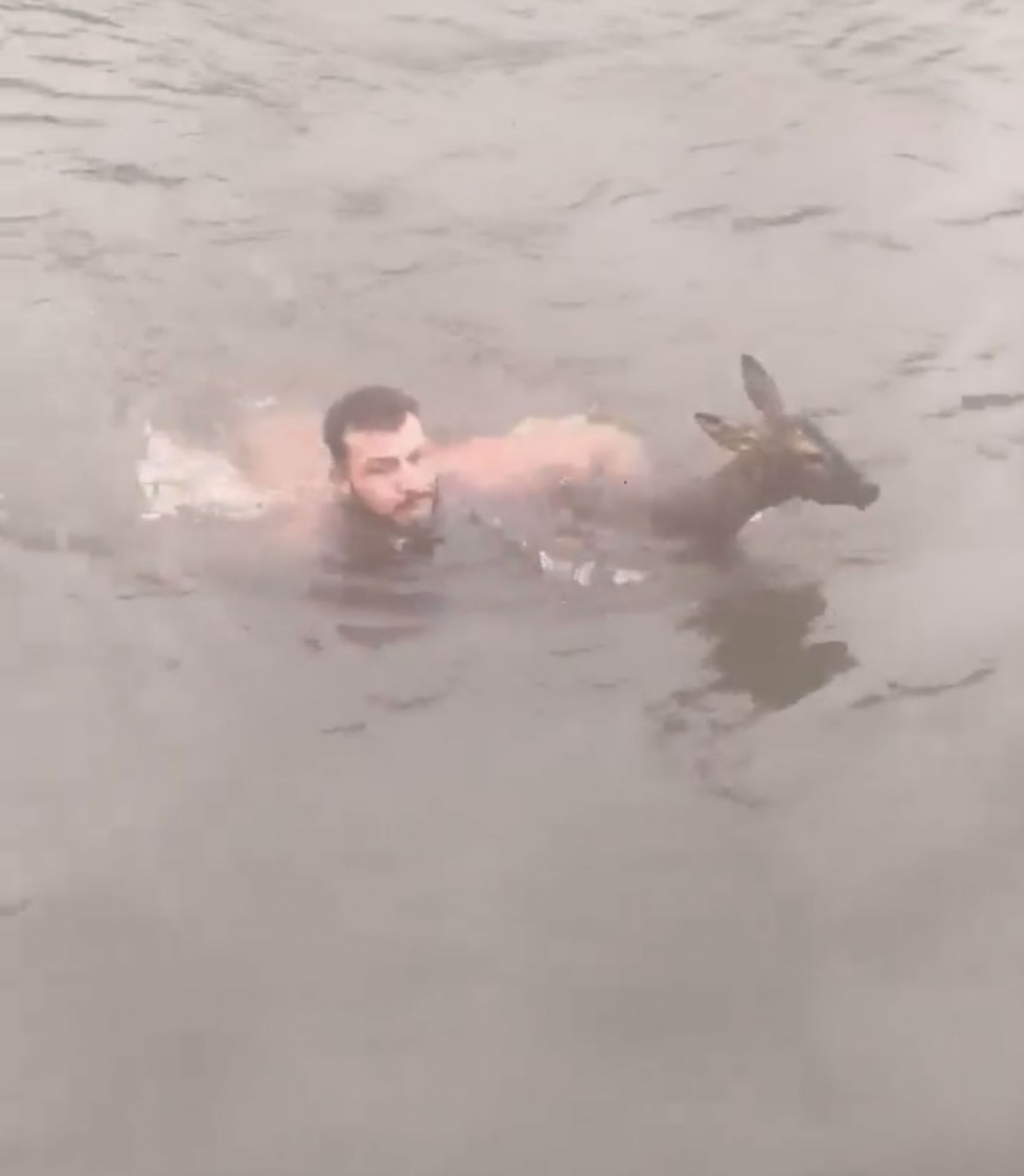 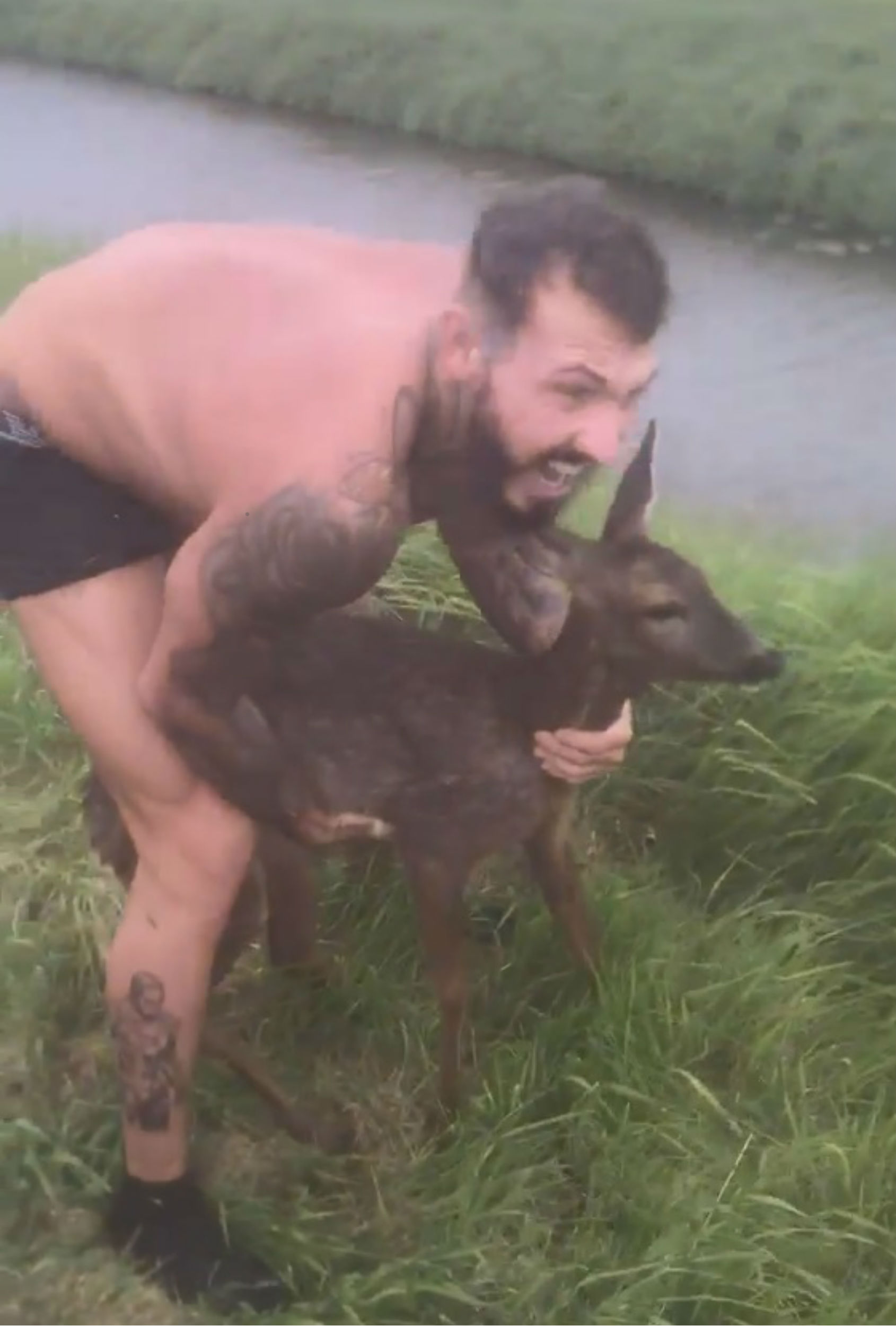 Dramatic footage shows the 27-year-old painter pulling it onto the bank with his pal Jamie Toyne.

Once it has been saved from the bitterly cold water, the pair try to get the soaked deer back to its feet.

Jamie captured the remarkable rescue on his phone on Sunday and uploaded it on Facebook later that night.

He wrote: "Madness just driving past the canal in Saxilby, and saw some ears in the water.

"We got out and saw it was a baby dear struggling to keep its head up.

"It was seconds away from drowning must have been in there for hours.

"Marc jumped straight in and saved it."

The clip soon went viral, racking up hundreds of thousands of views and more than 10,000 likes.

It shows Jamie encouraging his pal to as he swims to rescue save the baby after stripping down to just his underwear and socks.

Once close to the bank, Jamie manages to get his arm around the distressed deer and pull it to safety.

The footage then cuts to workman Marc picking up and hugging the shivering animal in a desperate bid to keep it warm and alive.

For the next 40 minutes he stayed in his underwear as he stayed with the deer to ensure it was okay.

After an hour deer handlers arrived and took it to safety – the group of men later received a call telling them they "saved the deer's life".

It was just struggling to swim and keep its head up. I didn't really think about it I just jumped in.

Astonished social media users filled the comments section with praise for the his bravery.

Sarah Steel wrote: "And that's what you call a real hero and a real man."

Mick Barnett added: "Puts his own life at risk to save another that's a hero in my book total respect and well done pal."

The next day Marc gave further details of his heroic act that saved the animal's life.

He told the Mail Online: "It was just struggling to swim and keep its head up. I didn't really think about it I just jumped in.

"The water was freezing. It was good to save a deer it makes me feel really proud.

"We actually thought it was going to die as it was shaking and couldn't get up onto its feet.

"We couldn't leave it for a second as we were worried it would wake up and run onto the road after I carried it up the side of the bank." 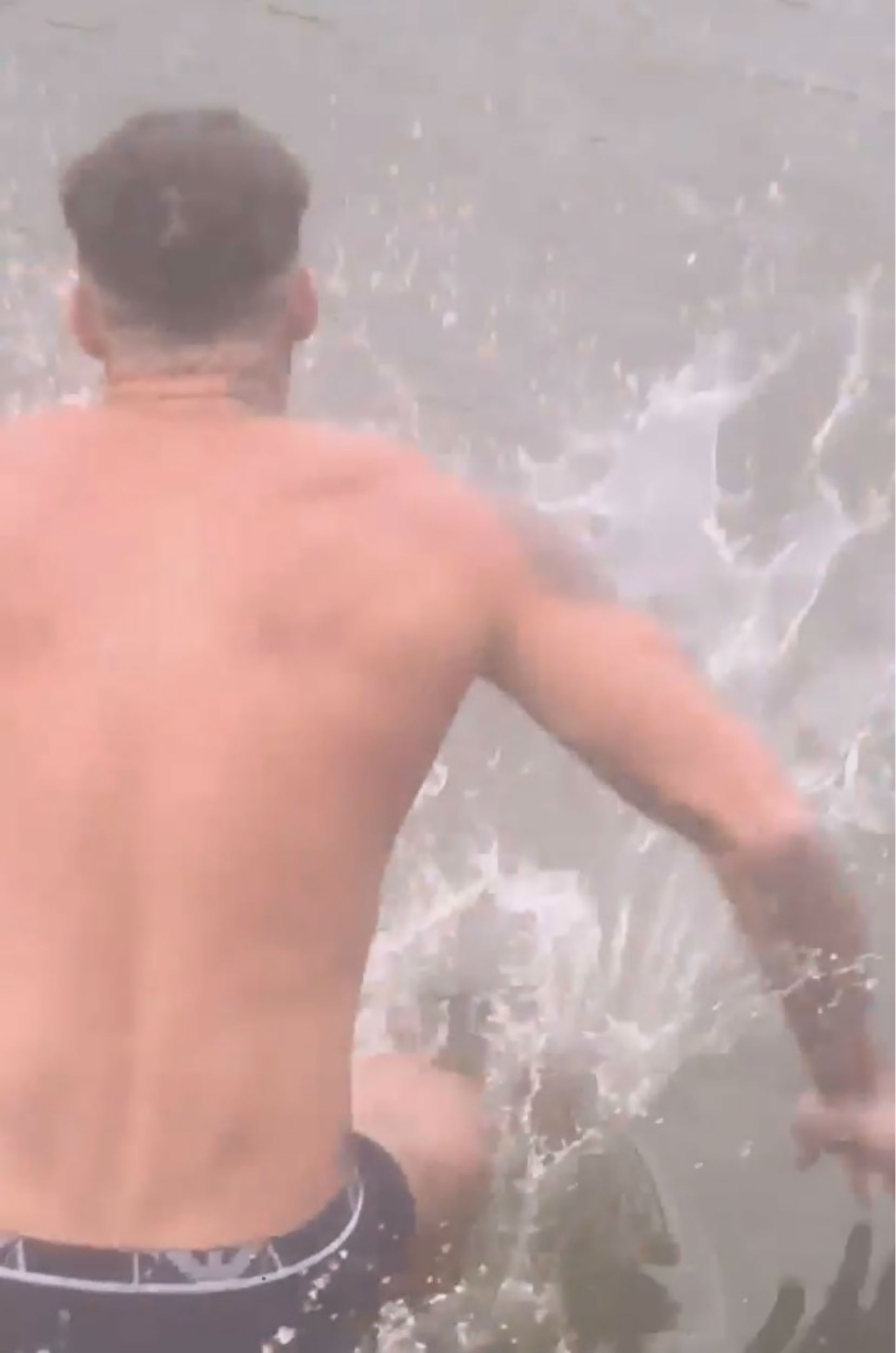 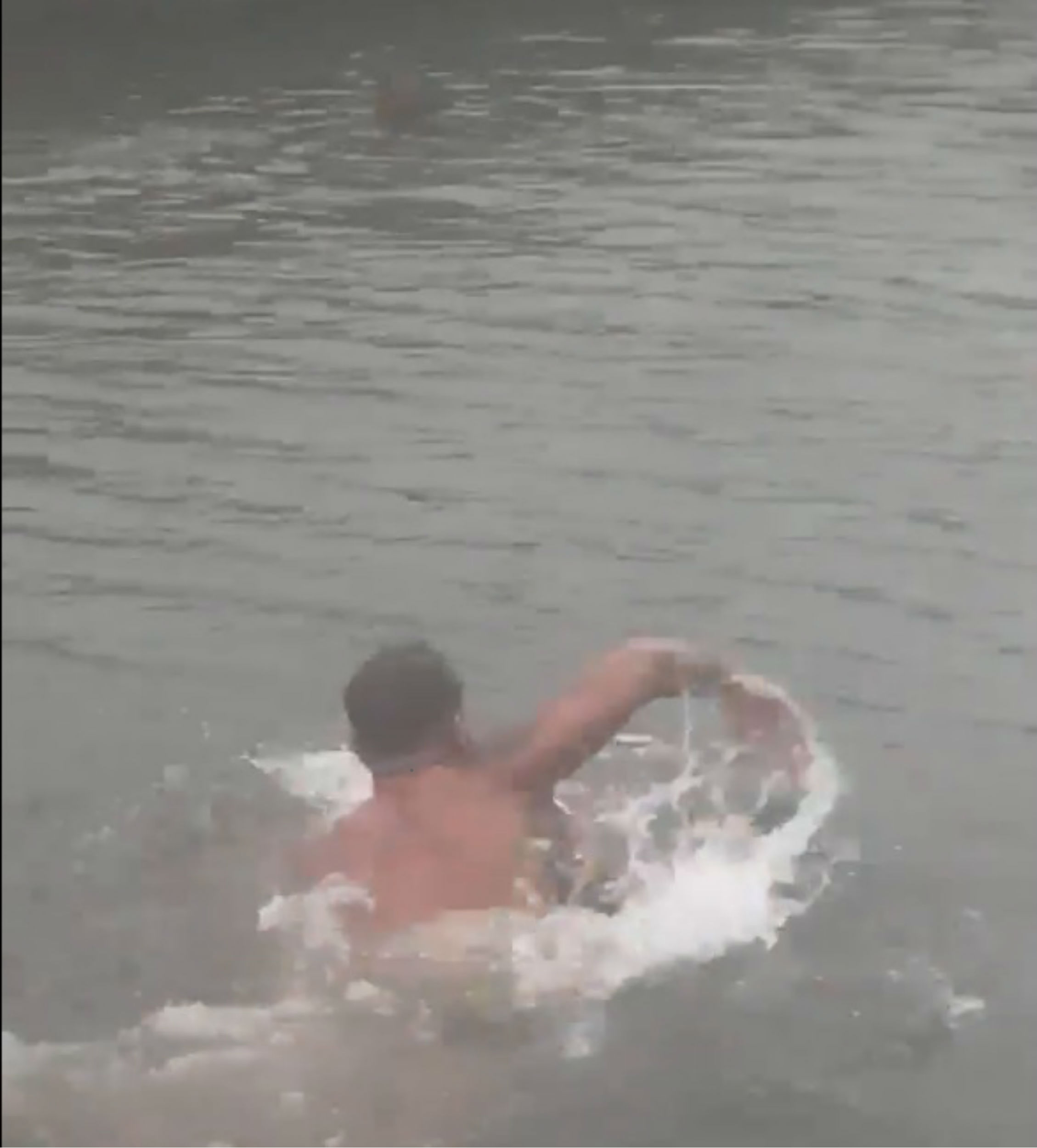 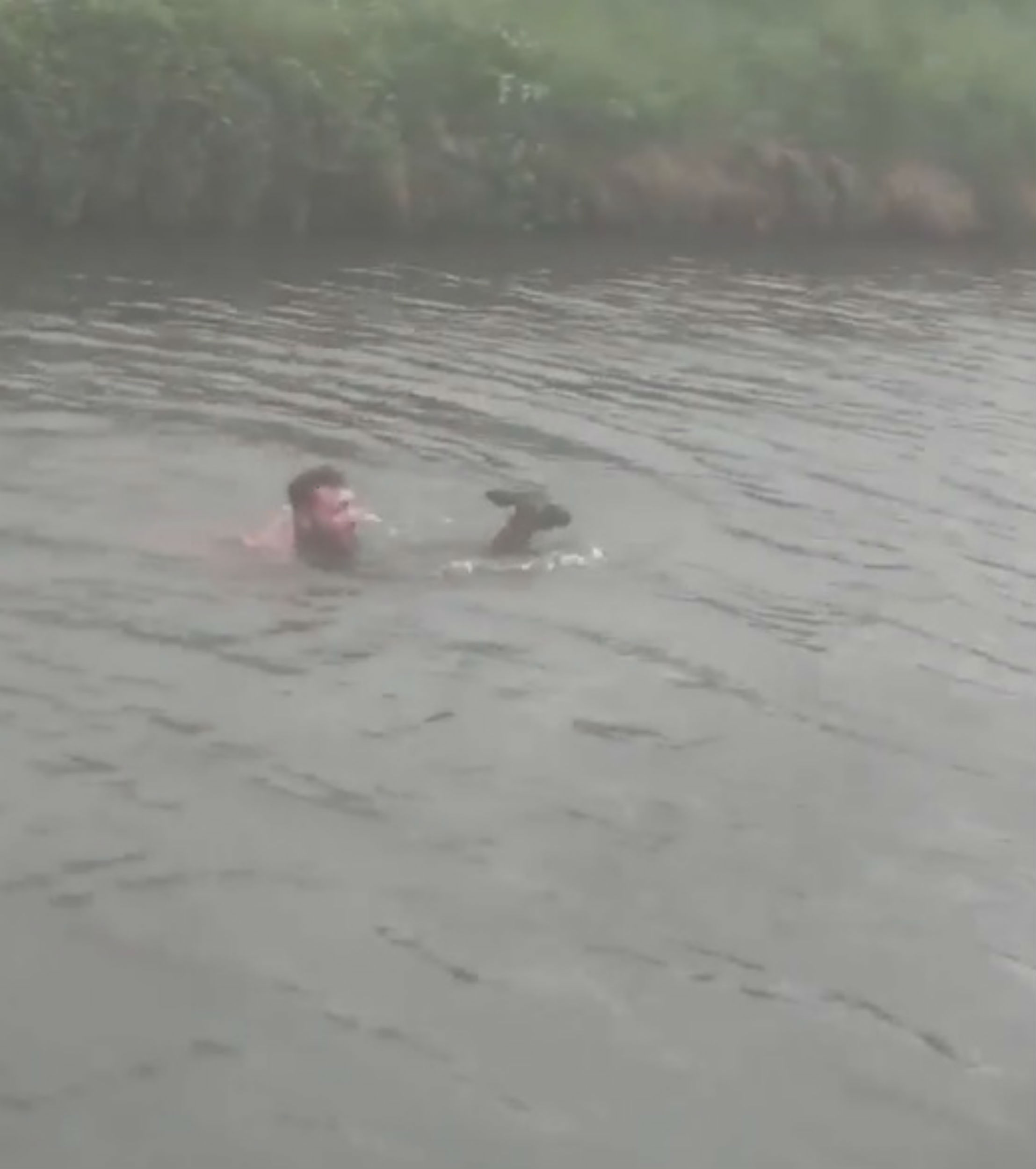 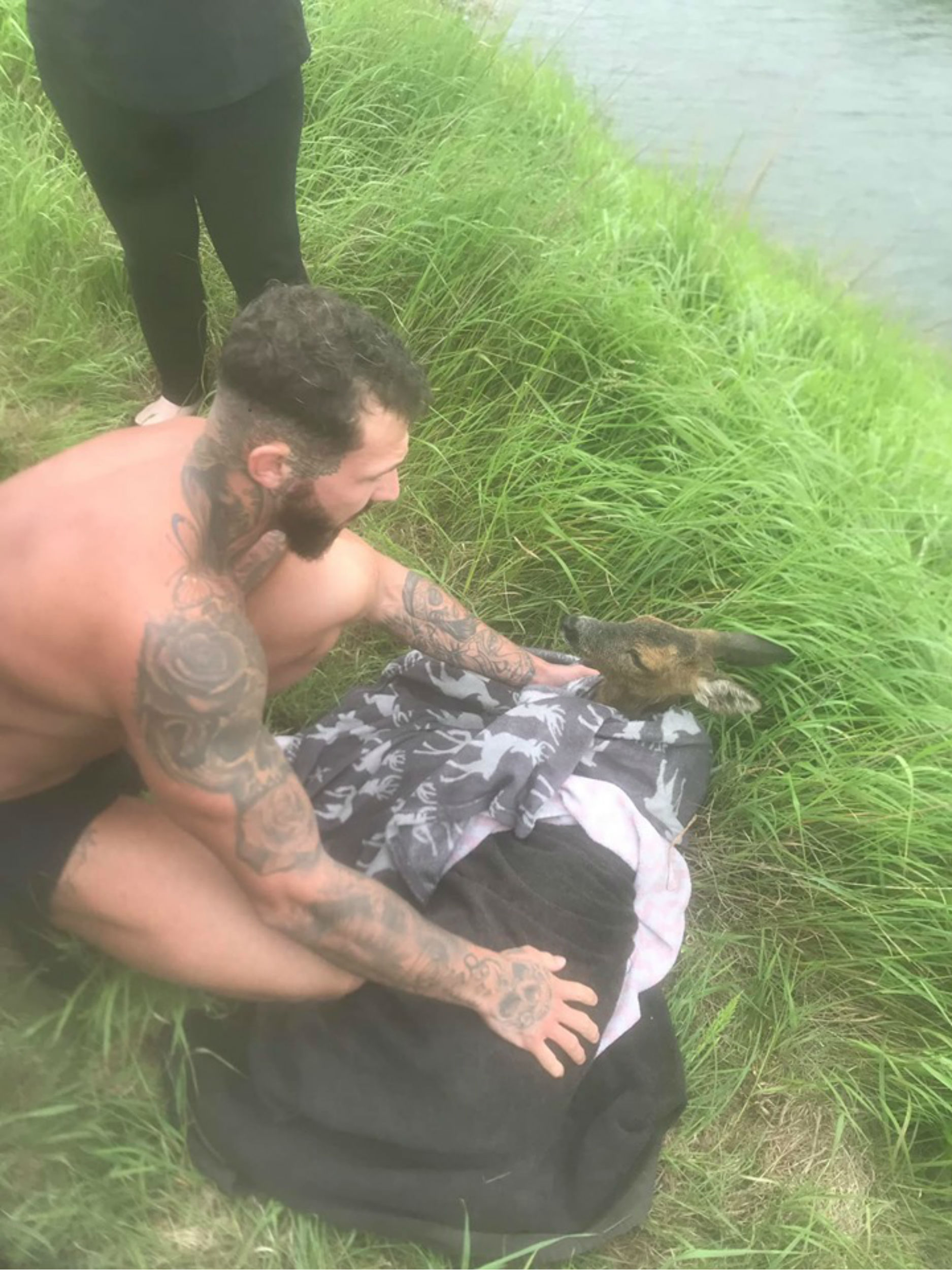 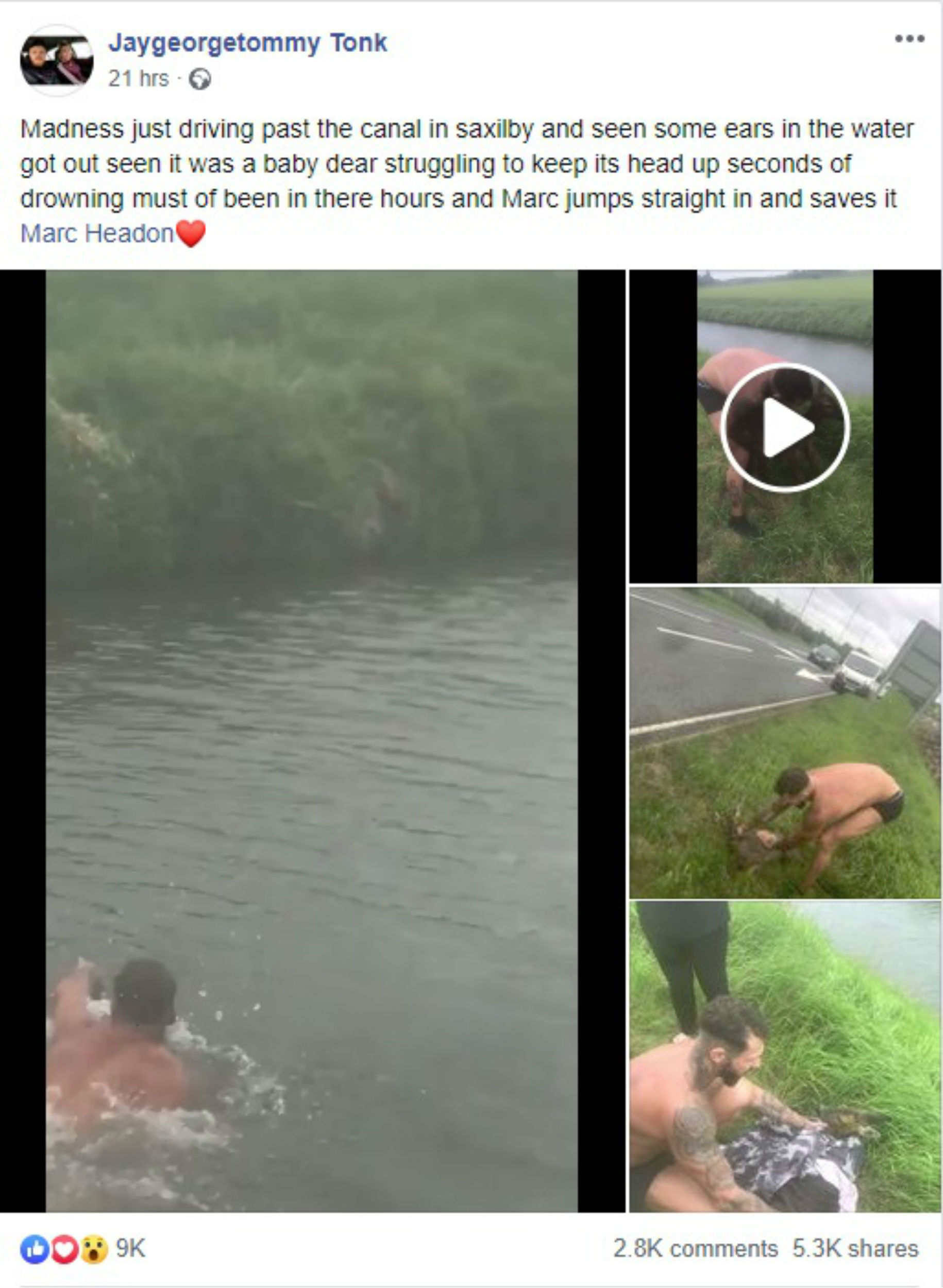 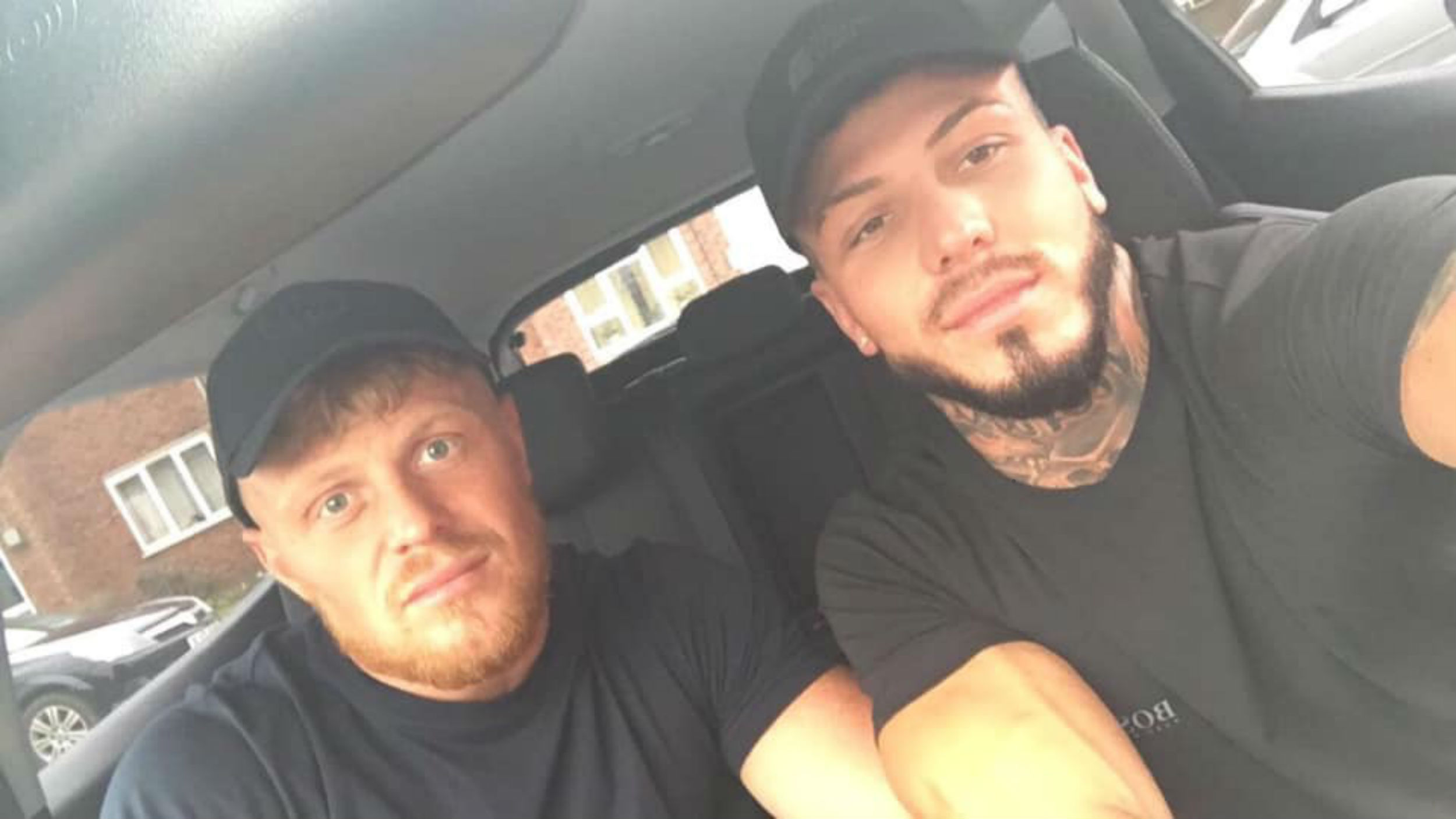