A British ‘bionic showgirl’ is set to take the stage at the risque Crazy Horse cabaret in Paris for 29 exclusive performances.

Viktoria Modesta, 31, was born with a malformed left hip and leg due to an accident at birth in Soviet ruled Latvia.

The performer, who is known by her stage name, moved to London when she was 12, and aged 20 decided to amputate her leg ‘for medical and psychological reasons’.

Since then she has reinvented herself and ‘created a new identity’ as an artist. 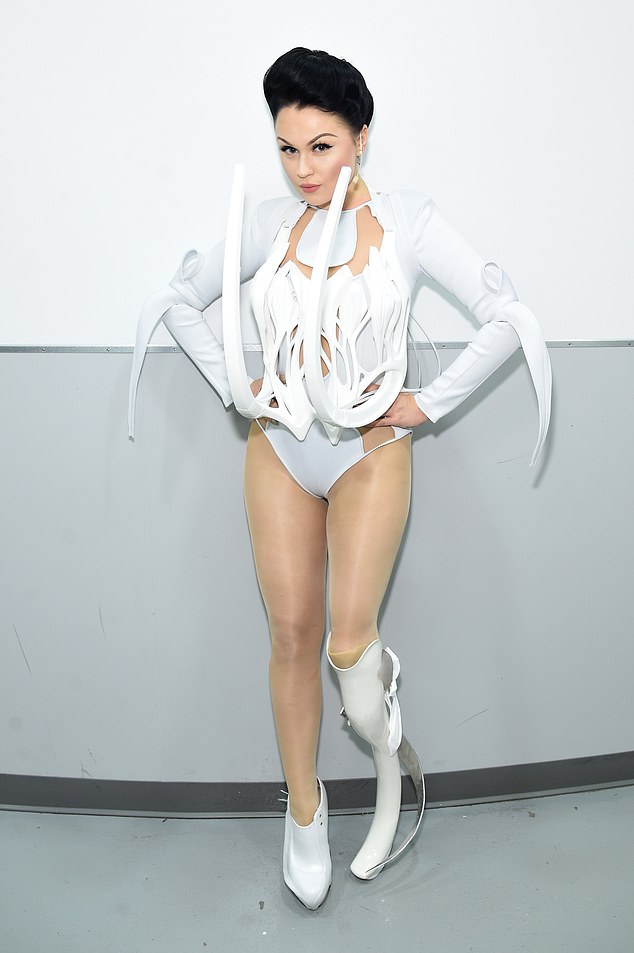 Viktoria Modesta, 31, pictured in 2016 in Miami, had her leg amputated when she was 20 and is set to appear in Paris’ Crazy Horse cabaret show

Viktoria revealed that her amputation was a watershed moment, giving her a chance to regain control of her body and make a break with a painful past.

She has said previously that she chose to have her leg amputated below the knee to ‘improve mobility and safeguard future health’.

It took her five years to persuade surgeons to do the operation, which she described as literally severing the thing that was holding her back.

Drawing inspiration from avant-garde British fashion designer Alexander McQueen and US artist Matthew Barney, Viktoria said: ‘Your body is the only thing you truly own… It was a part of survival, bringing me a more fulfilling and happy life.’ 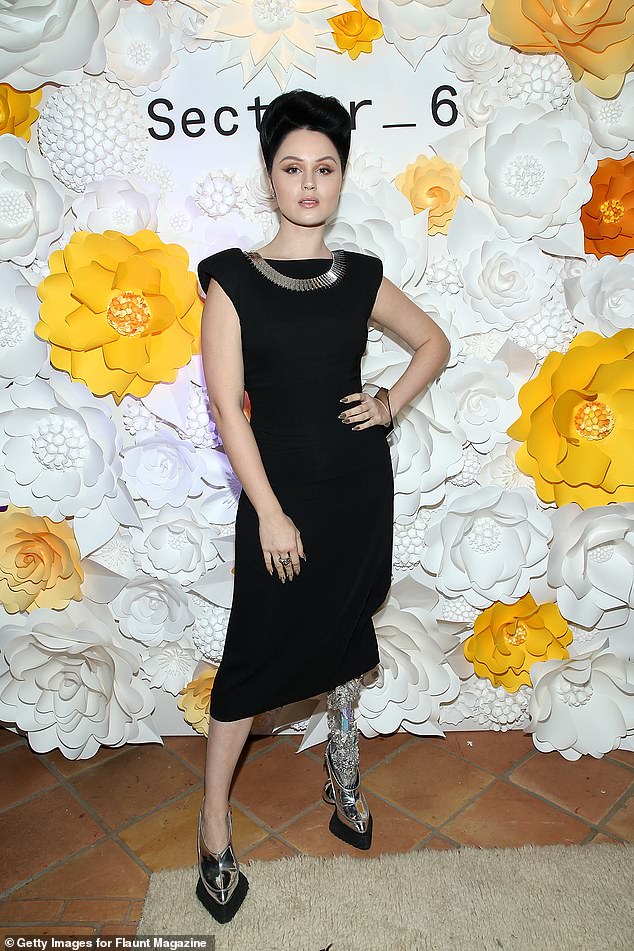 The artist, pictured in Los Angeles last year, was born with a malformed left hip and leg due to an accident at birth 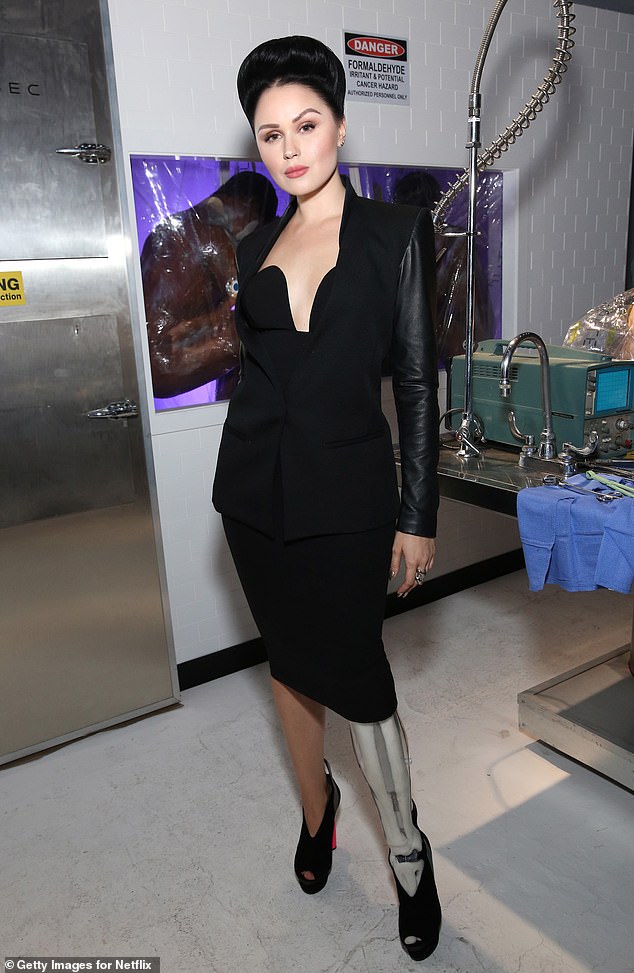 Viktoria, pictured last year, has been involved in numerous performances including at the 2012 paralympics and staring in video Prototype which aired on Channel 4

The artist explained how although being born in Latvia and growing up in Britain she is now based in the United States, she is a ‘citizen of the world.’

Viktoria said ‘when I was born my mum didn’t see me for five days’ and revealed that her mother was under pressure at the age of 17 to send her baby to an orphanage.

The performer said she grew up in an ‘extreme environment’ where those not ‘biologically accurate’ were treated as ‘second-class citizens.’

She said: ‘Growing up as a kid, it was a lot of adults making decisions on my behalf.

‘And not all of them were correct and I ended up in a situation where my creative spirit didn’t align with my physical ability and I really wanted to fix that.’

She would feel judged by others and said that ‘old ladies’ would sometimes look at her and say: ‘Oh my God, how are you gonna survive when you grow up, who is gonna marry you?’.’ 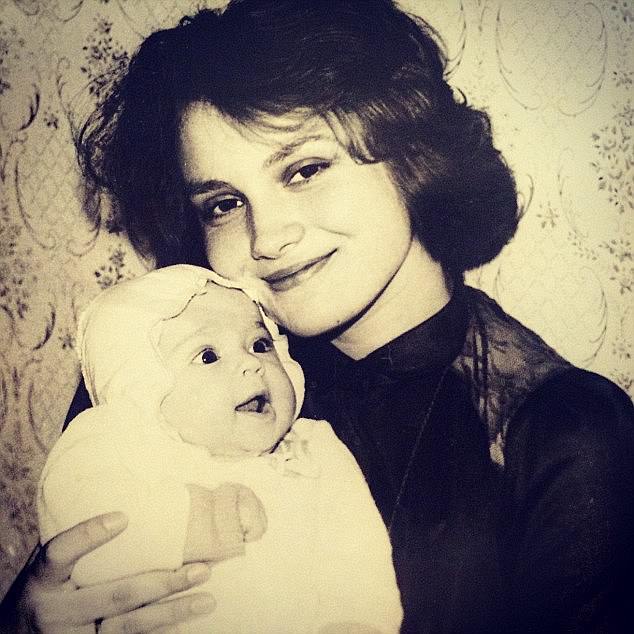 Viktoria’s mother Svetlana, pictured together when Viktoria was a baby, was pressured to send her away to live in an orphanage 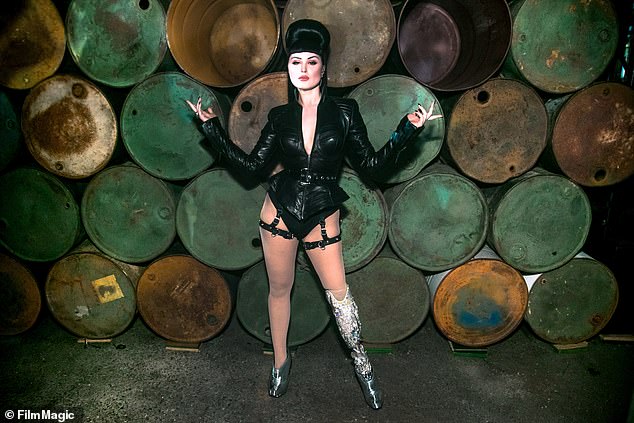 Viktoria, pictured in 2017, is now set to perform at Crazy Horse nightclub in Paris for a two week residency, which will include 29 exclusive performances

In Paris, Viktoria will perform at the world famous Crazy Horse nightclub from June 3-16, using a different prosthesis for each scene.

She will be surrounded by dancers, the Crazy Girls, with only lighting effects to cover their nudity.

In one number, an ‘artistic prosthesis’ breaks ice and it has already been viewed 12 million times on YouTube.

In 2012 Modesta performed at the closing ceremony of the Paralympics in London wearing a diamond prosthesis before a crowd of some 90,000.

Her video Prototype, which aired during the X Factor final in 2014, has also been a hit online and cost Channel 4 £200,000 to produce. 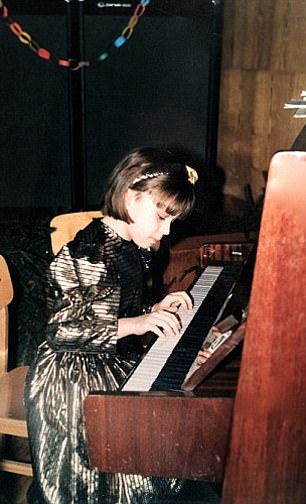 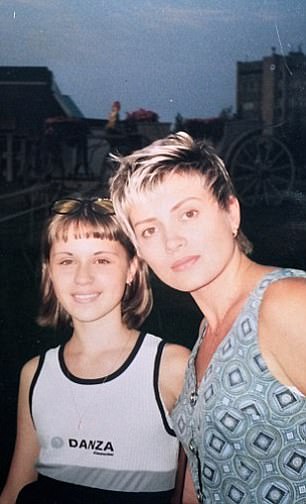 Viktoria as a young girl (left), as a teen (right, with her mother) was always interested in music and said she reinvented herself after having her leg amputated at the age of 20 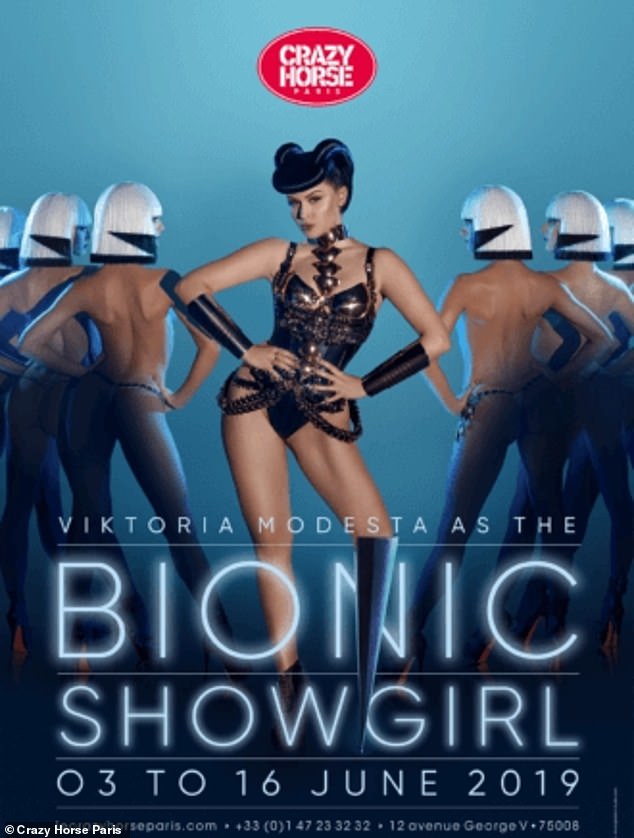 She said she thought then: ‘The fact that I had an amputation doesn’t make me different. There are millions of people with the same physical situation, it’s my perspective and my view on the world that really made things different.’

Viktoria said the Crazy Horse experience ‘perfectly captures the essence of femininity’ and would allow her to find ‘a good balance between strength and vulnerability’.

No longer feeling the need to suppress her sexuality in the name of her art, she said, ‘Here I decided to do the opposite. It’s really important to bring our sexual identity into the creative process.’

She added that her message ‘would be that the modern woman… is someone who chooses exactly who she wants to be… There is no limitation of ‘I have to be soft or I have to be hard’, the thing is creating your own cocktail of qualities’.

‘I’m going to explore several facets of myself in this performance’ at the Crazy Horse.