No end in sight. Bachelor Nation’s Blake Horstmann doesn’t see an end to his feud with Nick Viall, he exclusively told Us Weekly at the MTV Video Music Awards.

“No, honestly, at this point, I’m past trying to work it out,” Horstmann, 33, said while on the VMAs red carpet at the Prudential Center in Newark, New Jersey, on Sunday, August 28. “I’ve tried multiple times, but it’s impossible with him.”

He claimed that he isn’t sure why Viall, 41, has issues with him — and has no plans to make amends. “The dude just does not like me … for whatever reason,” the Bachelorette season 14 alum added. “It’s been years. I’ve just given up at this point. So yeah,​​ it is what it is.” 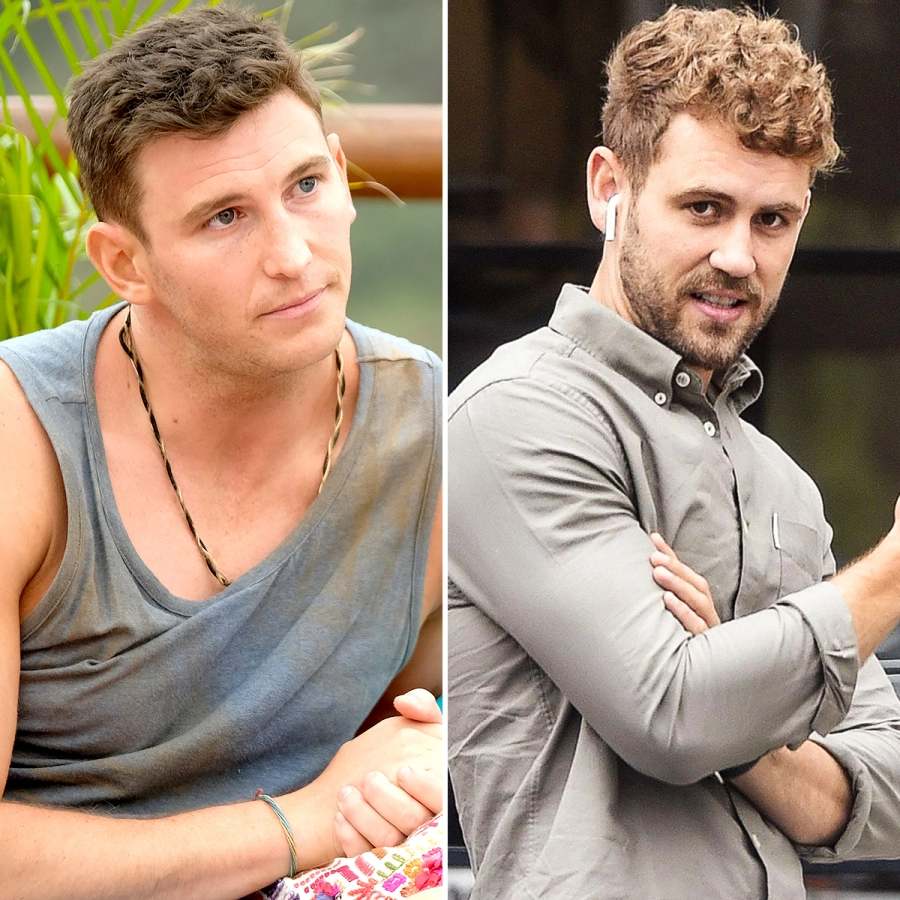 Viall and Horstmann’s feud started in August 2019 after Caelynn Miller-Keyes accused Horstmann of being a womanizer on the season 6 Bachelor in Paradise premiere. She revealed that they slept together before the show started filming — only to discover that he did the same with Kristina Schulman the night prior.

After being called out for sleeping with both women ahead of BiP, Horstmann released text messages he exchanged with Miller-Keyes, now 27, before they had sex during the Stagecoach Festival.

After backlash started being directed at the former pageant queen, Horstmann deleted the texts hours after posting them. However, Viall didn’t think Horstmann was actually remorseful for the hate Miller-Keyes received.

“I know by talking to a lot of people over the weekend that Blake admitted, ‘I know that she is going to look bad,’” the Wisconsin native claimed on an August 2019 episode of his podcast, “The Viall Files.”

He continued, “I know that he threatened people about releasing these text messages for months in anticipations coming up, which makes it all that more premeditated. Then he ended up deleting it when it got really nasty, but it’s not like he didn’t realize.”

The Dancing With the Stars alum alleged that Horstmann was being manipulative to remain likable. “It was more important for him to try to change people’s opinions back to like, ‘Oh, Blake is just a sweet boy who this was just one weekend where he got a little drunk and had a little bit of sex.’ No, he’s been, like, f–king like crazy for an entire year,” he said.

Horstmann — who has been dating Giannina Gibelli since last last year — didn’t appreciate Viall’s judgment. When asked in April 2020 if he would ever be a guest on the podcast that once slandered him, he replied, “I’d rather s–t in my hand and clap.”

Celebrity Feuds That Played Out at the VMAs

Viall has multiple feuds with other Bachelor alums. Former Bachelorette Katie Thurston revealed earlier this month that she blocked the season 21 Bachelor — which didn’t surprise Horstmann.

“I have him blocked too,” the DJ, who publicly sided with Thurston last month, told Us exclusively ahead of the VMAs on Sunday. “So there are multiple people.”