Sydney Fringe Comedy offers a smorgasbord of every flavour of funny. There are road-tested shows that are finished works, established comics performing works in progress, and the chance to take a punt on an up-and-comer, usually with dirt-cheap tickets. Here’s our pick of 10 shows to suit every funnybone. 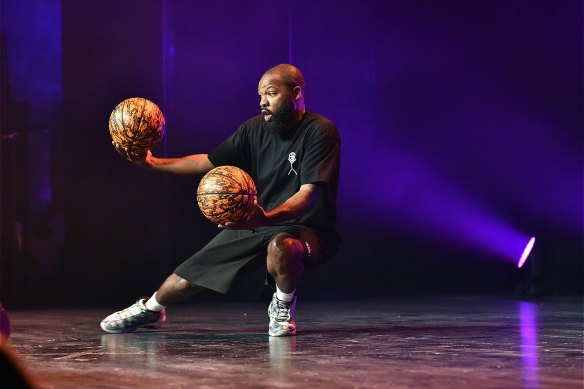 If you like character comedy with an edge: Ben Russell and Maggie Looke in Sydney Fringe Show: Developing New Material with an Understanding Audience
Comedy shows can start to blur together across a festival, but Russell and Looke’s audio-guided walking tour/murder mystery/uncategorisable shenanigans with their Ultimate Hollywood Tours stuck out as a work as distinctive as it was entertaining. They’re both multi-talented performers with wild imaginations; expect to be given a set of headphones and experience something fresh and weird.
Factory Theatre, September 2-4

If seeing an A-lister in a low-key trial show appeals: Matt Okine This is Not a Stand-Up Show
Matt Okine’s The Other Guy may be one of the best fringe comedy shows of the past decade. While many performances at this festival are understandably loose, Okine’s autobiographical hit appeared almost fully formed. It propelled him up a level as a stand-up, eventually being turned into an accompanying tv series of the same name. Since then, Okine’s been involved in an almost exhausting number of projects, but he returns to his roots here in a show combining stories and rap.
Factory Theatre, September 28-30 & October 1-2

If you like the sound of internet rabbit holes meets cabaret: Lou Wall Bleep Bloop
During the dog days of lockdown, most of us binge-watched Netflix and made sourdough of varying quality. Melbourne oddball Lou Wall made exhaustive attempts to join the Illuminati. Their show Bleep Bloop runs on this same maverick energy; highlights include a Facebook Marketplace transaction that takes multiple bizarre turns. Wall’s ability to get themselves into all manner of scrapes and to follow trains of thought to extreme places is often relayed through hyperactive, genre-mashing songs, making Bleep Bloop a work that will stun you into submission.
Factory Theatre, August 31 & September 2

If you’d like to see two old mates spinning yarns: Sam Bowden and David Woodhead The Charming Dogs Return
Sam Bowden may not be a familiar name yet, but give it time – the debonair Queenslander’s got storytelling chops for days. His DandyLion was a lovely coming of age/coming out story with memorable detours into a Grindr hook-up with his doppelganger and defending the value of sport to his thespian friends.

Woodhead, meanwhile, has been steadily building a fan base with his work on comedy stages and in the Triple J lunchtime slot. His style tends to the relatable and easygoing, with a heavy serve of self-deprecation and a refusal to take life too seriously.
Factory Theatre, September 1, 3-4 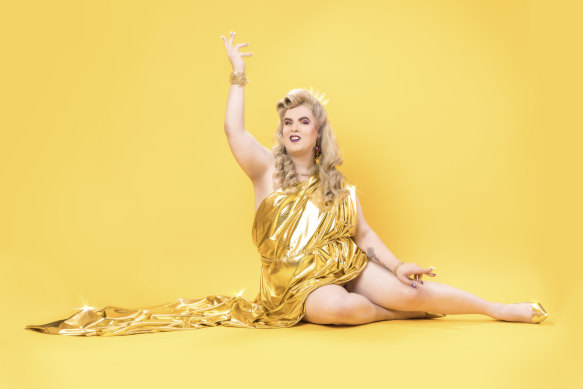 Anna Piper Scott is not always easy to watch but is constantly surprising, irreverently funny and illuminating.Credit:

If you’re after raw-boned, intensely personal storytelling: Anna Piper Scott Such an Inspiration
Relax – there’s nothing dull and worthy here; the title is very much tongue in cheek. Covering Piper Scott’s journey as a trans woman, Such an Inspiration was hotly tipped at the Melbourne International Comedy Festival, earning a rare 4.5-star rave from influential UK comedy site Chortle. It’s not always an easy watch, but it is constantly surprising, irreverently funny and illuminating.
Seymour Centre, September 20 – 24

If you want to take the kids: BasketballMan Can Fly
Now based in Australia, New York native BasketballMan blends elements of high-level street busking with Harlem Globetrotters-inspired feats of basketball trickery. Another example of a finished, polished show playing the Fringe, this is a high-energy comic affair from an affable performer. Not only can this BasketballMan defy physics, he can (and does) save the world in this wholesome story.
ARA Darling Quarter Theatre, September 28-30

If you want to leave the venue with a warm glow: Dane Simpson, Didgeridoozy
Performing to an audience of people milling around Federation Square in the mid-afternoon while ominous clouds gather overhead isn’t the easiest gig. But when Dane Simpson did it, he not only won the crowd over, but had them up and dancing within minutes. Such feats of charm won’t surprise anyone who’s seen Wagga Wagga’s favourite son in action. Didgireidoozy blends big-hearted anecdotes with dexterous didgeridoo playing. You’ll laugh, you’ll feel good, and you’ll learn something new about this fascinating instrument.
Factory Theatre, September 21 and 23 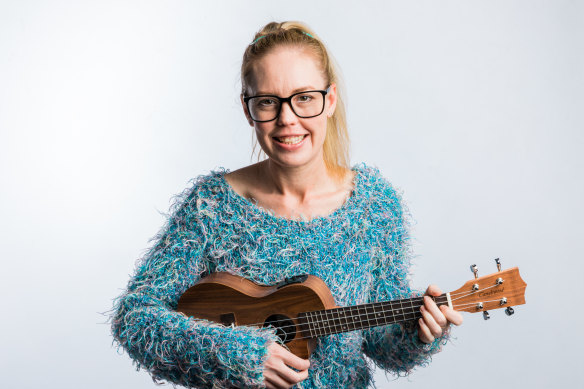 If you want to see one of the fringe’s famous split bills: Bec Melrose and Steph Broadbridge Top Knots
It wouldn’t be a fringe festival with at least one two-for-one show, and this duo’s offering is one of the most intriguing. Melrose has written for Question Everything and Gruen and has a warm presence as a stand-up that belies her ability to pull no punches across both the personal and political. Broadbridge, on the other hand, made an auspicious debut earlier this year with Hot Chick/Tired Mum, which deftly combined ukulele-based songs and bracingly honest stand-up of impressive joke density.
Factory Theatre, September 21 and 23

If you like your comedy offbeat and exciting: Scout Boxall See What Sticks
Few comics made such a stellar creative leap forward as Boxall over the last festival run; their Buck Wild melded lump-in-the-throat poignancy with body-shaking laughs, shedding light on living with bipolar disorder. This trial show could include stand-up, audiovisual elements, sketches, prop comedy or none of the above. But whatever Boxall does next will be worth watching.
Factory Theatre, August 31 and October 2 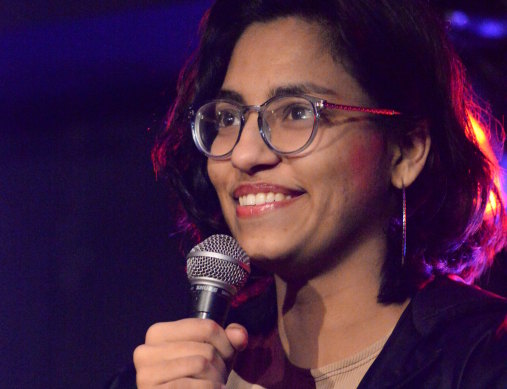 Guneet Kaur was one of the standouts at this year’s Raw Comedy finalsCredit:

If you enjoy catching rising stars on their way up: Guneet Kaur Manic Pixie Dream Goblin

There’s no shortage of talented newcomers on this program (Grace Jarvis, AJ Lamarque and Bea Barbeau-Scurla are all good bets), but you could do a lot worse than take a chance on Guneet Kaur. The Sydneysider was one of the standouts at this year’s Raw Comedy finals, winning laughs (and applause) with sharp observations on life as an anxious digital native, and takes on dating life.
Factory Theatre, September 29 and October 1-2