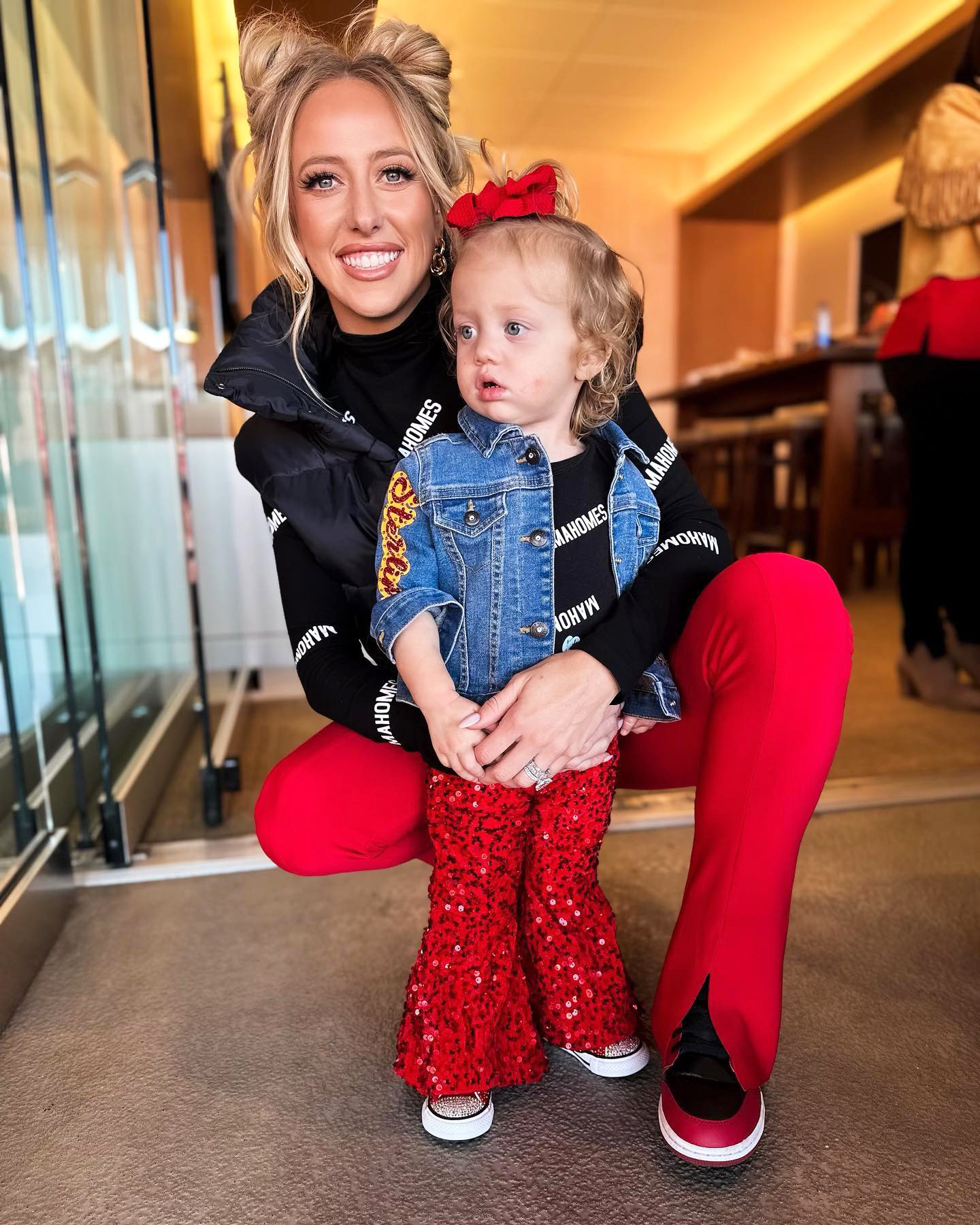 A special sibling connection. Patrick Mahomes and Brittany Matthews’ daughter, Sterling, is loving her role as a big sister — and already has a special nickname for baby brother Bronze.

“She’s figuring it out. She wants to hold him, and take care of him, and everything like that,” Mahomes gushed about his daughter, who was born in February 2021, during a December interview on Kansas City’s “The Drive” radio show. “I think the only thing that she hasn’t figured out yet is why Mom has someone else that’s not her [that] she’s holding all the time. So she’s figuring that part out, but other than that she loves her little brother. She wants to play all day, and we have to tell her to be gentle. And we have to tell her to don’t throw him like a toy baby.”

The NFL star and the KC Current owner have been equally excited about their growing brood.

“Patrick and Brittany are in pure baby bliss right now,” a source exclusively told Us Weekly earlier this month. “They have their families circulating in and out to help Patrick out with anything around the house. They are so happy with their growing family and love spending time with their new son.”

The high school sweethearts — who wed in March nearly two years after getting engaged — chose to name their newborn after the professional athlete and his father. Mahomes’ younger brother, Jackson Mahomes, later helped the duo come up with a “unique and different” nickname that the newborn could use growing up.

“[Jackson asked us], ‘What about Bronze? It fits perfectly with Sterling,’” Patrick told reporters in November. “So, we went with that. …  It works out well. He can have his own thing now where he’s not Patrick, he’s Bronze, even though he’s Patrick. And, Sterling and Bronze can have that connection moving forward.”

Too Cute! Celeb Kids Meeting Their Siblings for the 1st Time: Photos

Patrick and the fitness trainer have settled into their new duties as parents of two, even celebrating their first holiday season as a family of four.