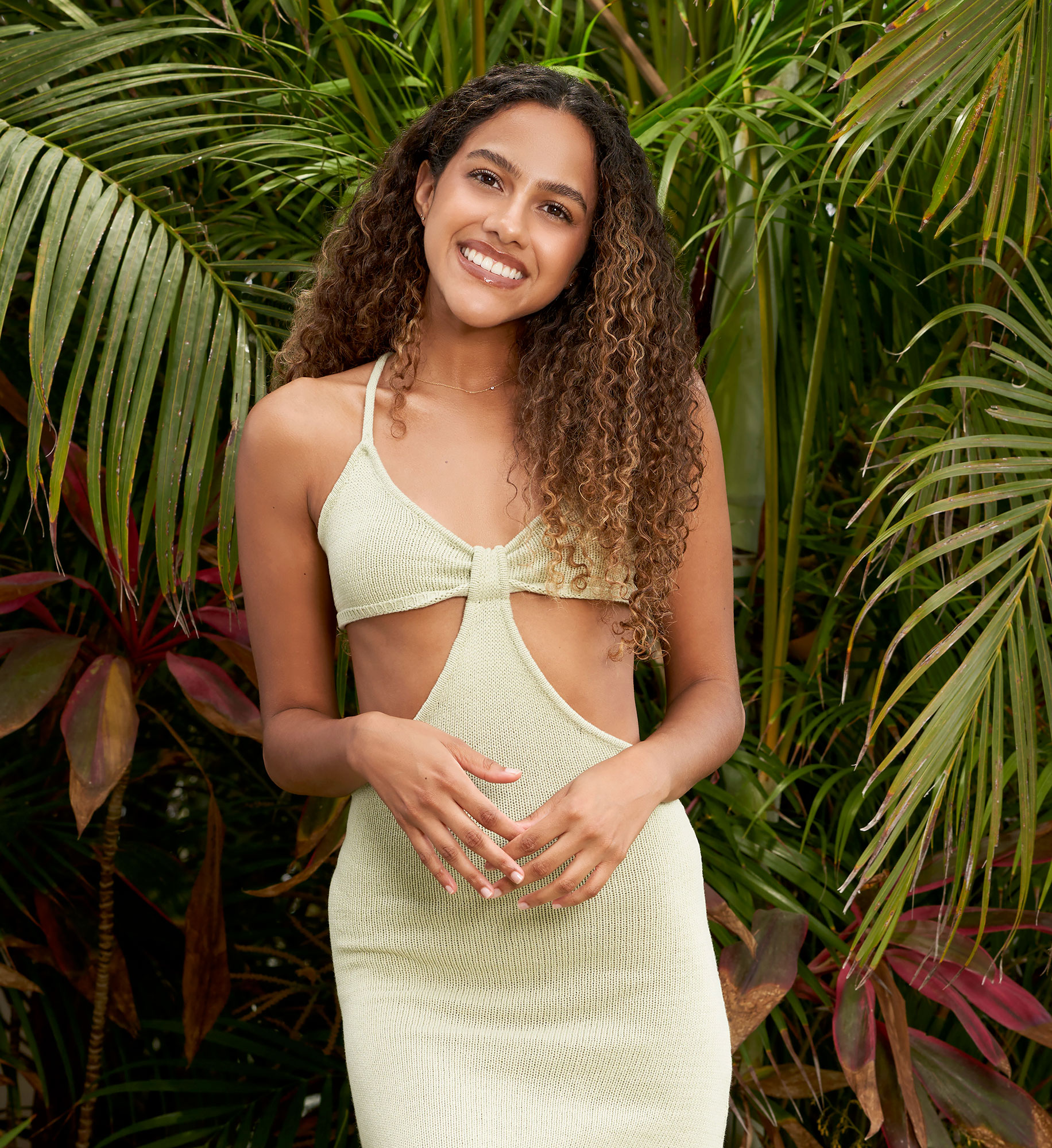 Soft launch! Teddi Wright has returned to social media after a brief hiatus — and is teasing a new relationship.

“Guys sorry I’ve been so MIA but I got COVID and was so down bad. But I’m back though,” the surgical unit nurse, 26, wrote via her Instagram Stories on Tuesday, December 27. “Here’s what you missed on my hiatus: Still working, dances with my sweet lil boy and also maybe other things that I’ll share later…🤭.”

Wright included work selfies at the hospital and footage of herself dancing with a pal’s baby before soft-launching her new flame. The Bachelor season 26 alum snapped a coy mirror selfie as her mystery beau wrapped his arms around her waist. No further identifying features were visible in the pic.

Bachelor Nation Couples Who Got Together Outside the Show

Wright’s new romance comes nearly three months after fans watched her Bachelor in Paradise exit, which was filmed over the summer. Wright was initially excited to meet Bachelor Nation fan-favorite Andrew Spencer after mutual crushes. Despite accepting the 26-year-old football player’s rose during week one, Wright ended things and quit the show the following week. 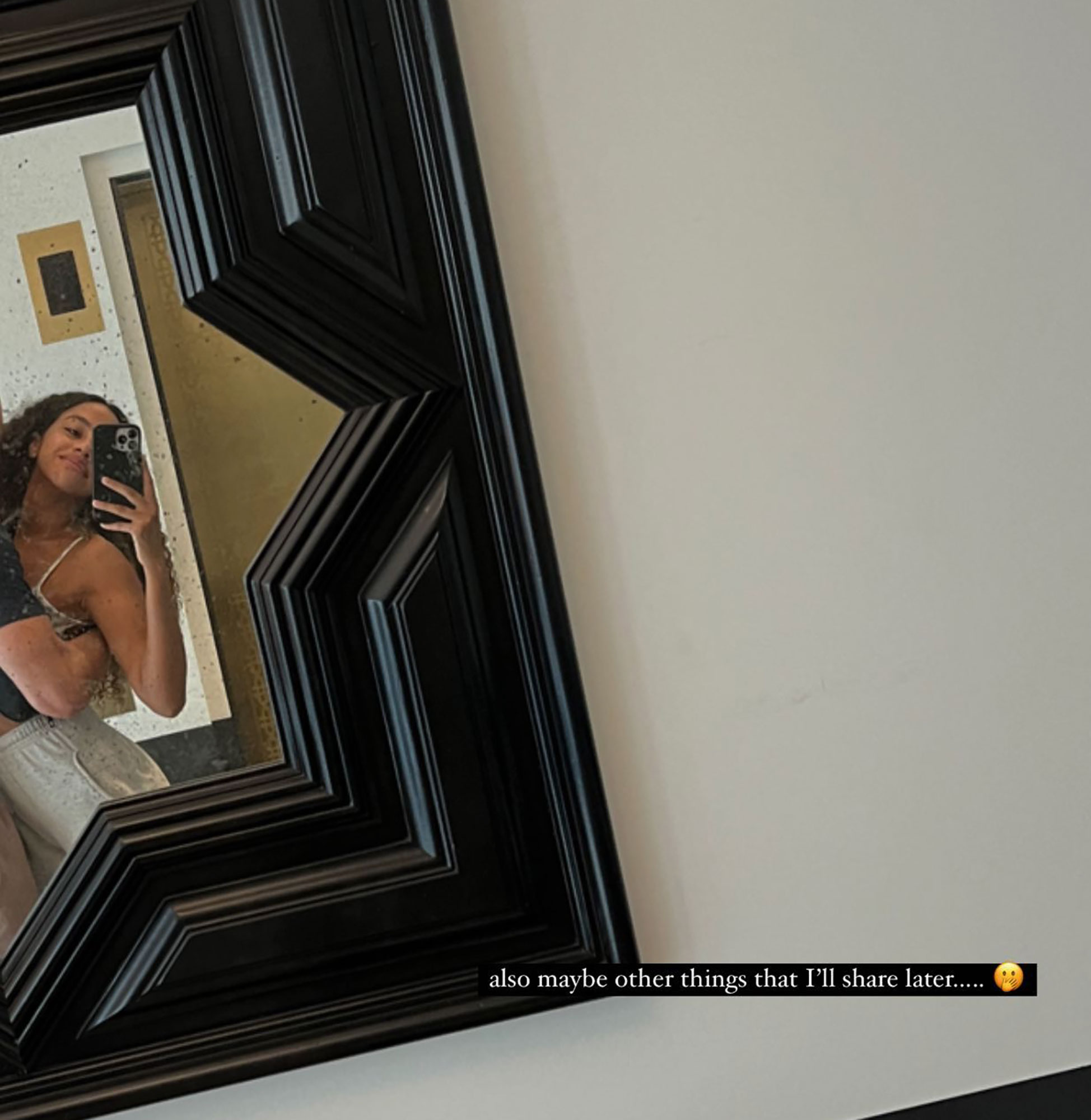 “I want to get married, and I want to have kids. … I want to go home and move past this and find that person,” the California native said during a confessional from the October 4 episode. “I feel so bad. Like, I just want to go now. I know you wanted me to find love here and I get that, but, like, I’m just not. I want to go. I’m not going in there and doing a big goodbye with everyone.”

Wright explained to the Chicago native — who later pursued BiP connections with Brittany Galvin, Jessenia Cruz and Ency Abedin — that she “didn’t want to come” on the ABC spinoff, but was interested in meeting Spencer in person. The former professional athlete, who left the show single before the November finale, wanted to speak to Wright after filming wrapped — but revealed that she hasn’t been receptive to his communication attempts.

“I wanted to really just say my whole piece about the whole Teddi thing [during the reunion]. And I think that was huge for me ‘cause that was a lot that I’ve been holding in for so long that I never got to really say and I never got to say to her,” the Bachelorette season 16 alum exclusively told Us Weekly last month. “So I know she didn’t come [to the reunion taping] and I know we haven’t talked, so I was hoping that maybe this message gets to her and she just knows how I feel and it was, like, that was my closure to her.”

‘Bachelor’ and ‘Bachelorette’ Virgins Through the Years

He continued: “At the end of the day, I just wanna be friends. We had [a] good time. I don’t think there’s any ill will or maliciousness towards each other but there’s so much weight carried to Teddi and Andrew.”

Spencer, who is currently single, told Us at the time that he thought Wright had already “moved on” by the time he reached out after filming concluded. “Ball’s in her court and obviously, if we ever saw each other organically in the same vicinity, without a doubt, I’m not gonna sit here and see her across the bar and turn around,” he said. “I’m gonna go talk to this woman. Hey, I got game. I ain’t gonna lie to you. I’m not bad! I am not the guy you saw in Paradise.”