‘Creatures of habit’ Kate and William will return to their favourite island escape of Mustique with George, Charlotte and Louis this summer, royal insider claims

The Duke and Duchess of Cambridge are ‘creatures of habit’ and will return to their favourite Caribbean destination for their summer holiday this year, a royal insider has claimed.

Kate and William are set to travel with their three children to the luxurious island of Mustique for a second year in a row.

The Cambridges are now officially on their summer break and intend to go back to the stunning resort – which holds particularly happy memories for Kate.

A royal insider told Fabulous Digital: ‘It is incredibly private and incredibly discreet but not remote. They know and trust the staff who work there and they are creatures of habit. 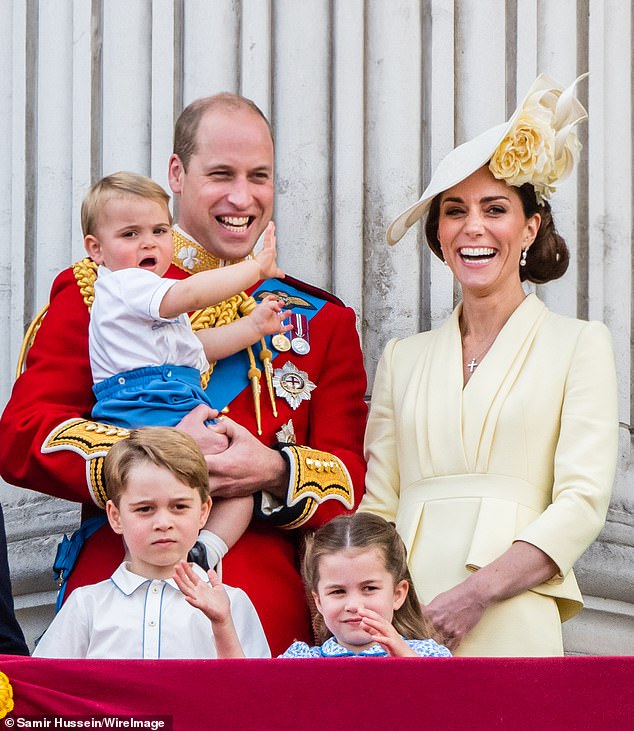 The Duke and Duchess of Cambridge are ‘creatures of habit’ and will return to their favourite Caribbean destination for their summer holiday this year with Prince George, Princess Charlotte and Prince Louis, a royal insider has revealed

The idyllic Caribbean destination has been a favourite of the royal couple for years.

Last year Prince George, five, learned to swim in the crystal clear aquamarine Caribbean sea ahead of his birthday on July 22.

While the dates for this year’s visit have not been confirmed, the family may choose to jet away to arrive in time for the young royal’s special day. 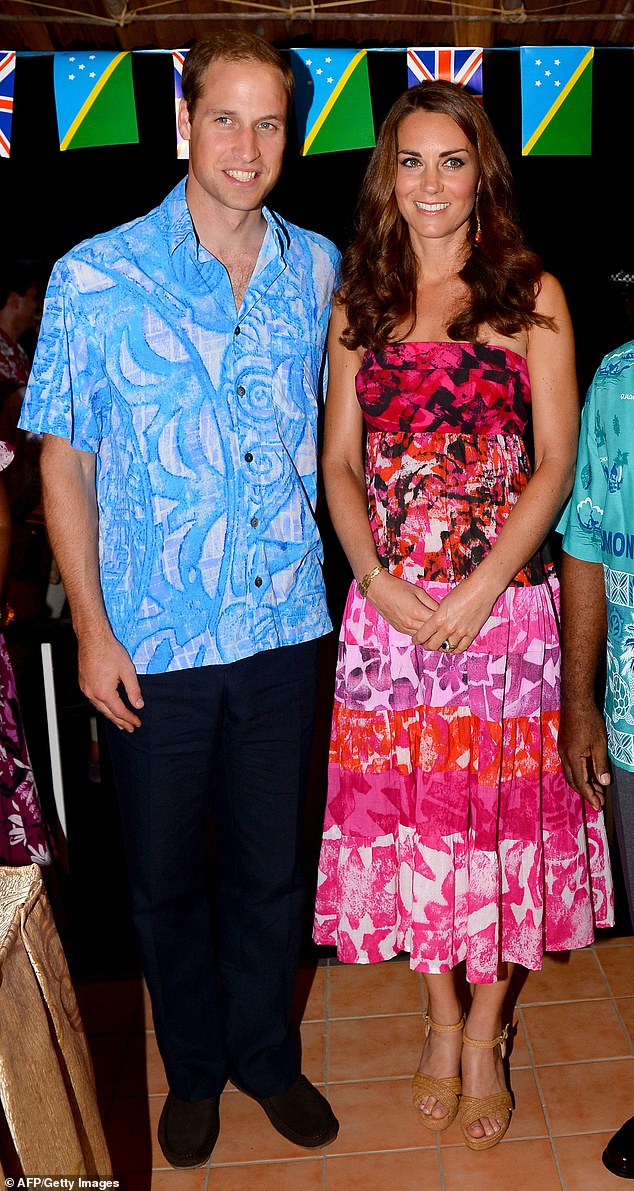 The Cambridges, pictured in Honiara in 2012, are big fans of the idyllic Caribbean destination 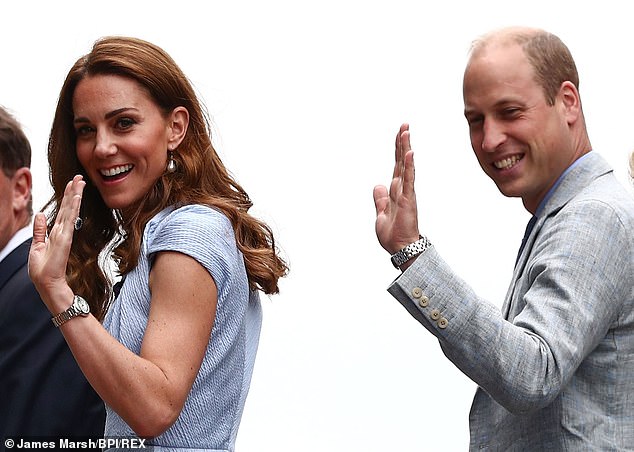 Kate and William, pictured at Wimbledon, are set to travel with their three children to the luxurious island of Mustique for a second year in a row

Fans will not be treated to any snaps from their family getaway unless the Cambridges opt to share them, as Mustique is a private island with a strong security presence.

Its website states: ‘Every island visitor is registered with our security team before arriving on island by land, air or sea, whether staff, local islander or guest, to ensure the security team know who is on the island at any one time.

‘With such a conscientious and friendly team looking after you, rest assured, you will never want to leave.’ 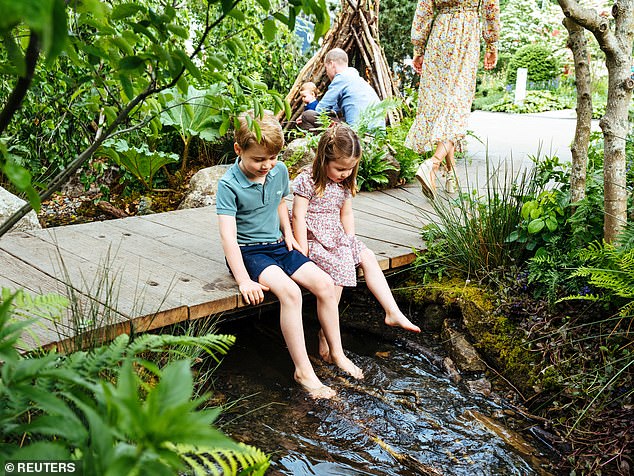 Last year on their holiday at the luxurious resort, Prince George learned how to swim in the Caribbean sea

On previous visits, the Cambridges have stayed at Aurora House, which has three bedroom suites, a drawing room, a terrace and pool.

Last year Kate and Wills enjoyed a night away from parenting duties at the reopening of the legendary Basil’s Bar on Mustique, which was also attended by Mick Jagger and his daughter Jade.

According to Hello! magazine, the couple went ‘dancing on a Mustique date night’ and attended ‘on the early side’ of the party, which ended in a fireworks display.

‘They were there for the cocktails segment and kept it rather classy,’ a source said, reporting that Prince William supported a local brand Pinkhouse Mustique by wearing one of its shirts.

The entire family decamped to the island in 2015 for a party to celebrate Carole Middleton’s 60th birthday, staying at a £10,000-a-week villa.

Basil Charles, owner of Basil’s Bar, was also invited to the bash and has a long-standing friendship with the family.

In 2011 he flew to London to set up a pop-up bar at the Goring Hotel where the Middletons and their friends stayed ahead of the William and Kate’s wedding. 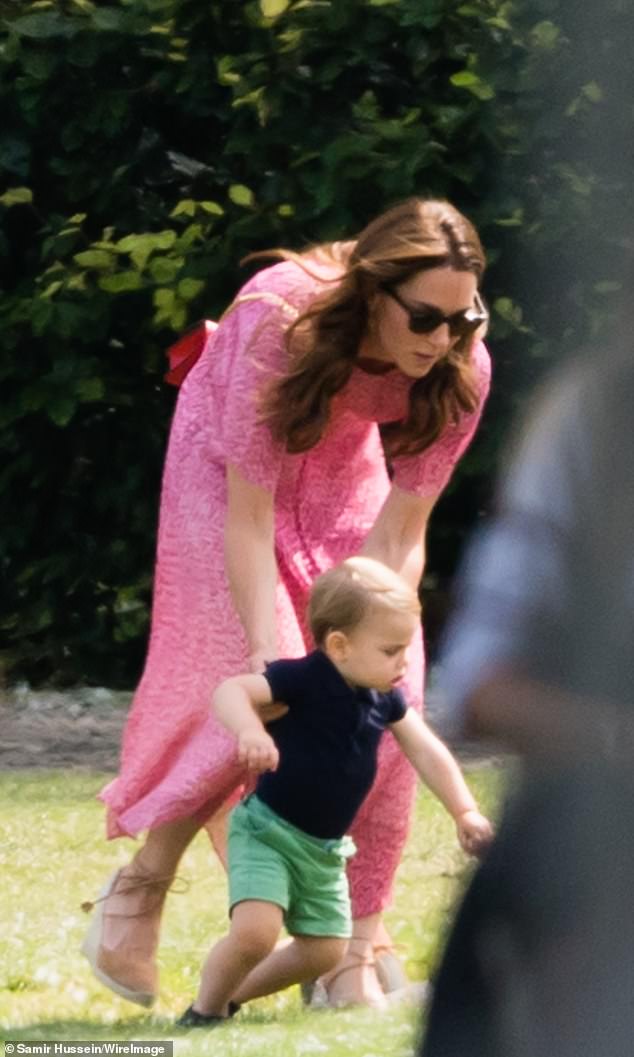 This year Prince Louis, pictured with mum Kate at the polo earlier this month, will be able to toddle around the pristine white sandy beaches at the resort as he is now walking 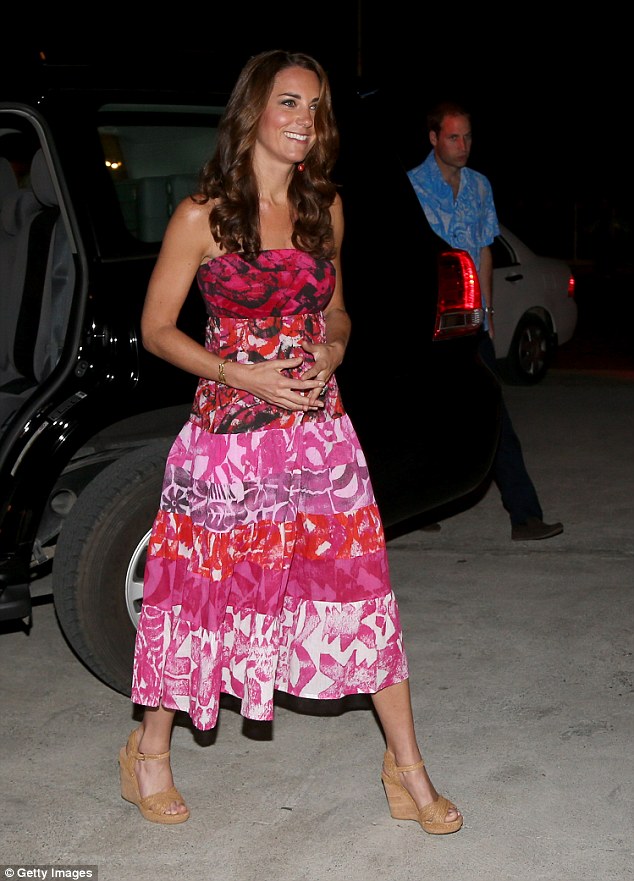 The Duchess, pictured in the Solomon Islands in September 2012, is a Mustique regular and celebrated her mother Carole’s 60th birthday there in 2015

During past visits keen sportsmen Kate and William are said to have taken part in a number of activities including tennis, snorkelling, and a shark dive that involved them going ‘very deep, more than 90ft’.

Previously, a fellow holidaymaker revealed how Kate and William are very relaxed during their Mustique getaways, and are more than happy to mingle with fellow visitors.

Beverly Hills jeweller Martin Katz and his wife Kelly met the royals during a cocktail party at The Cotton House Hotel in 2015 and described the couple as ‘lovely’. 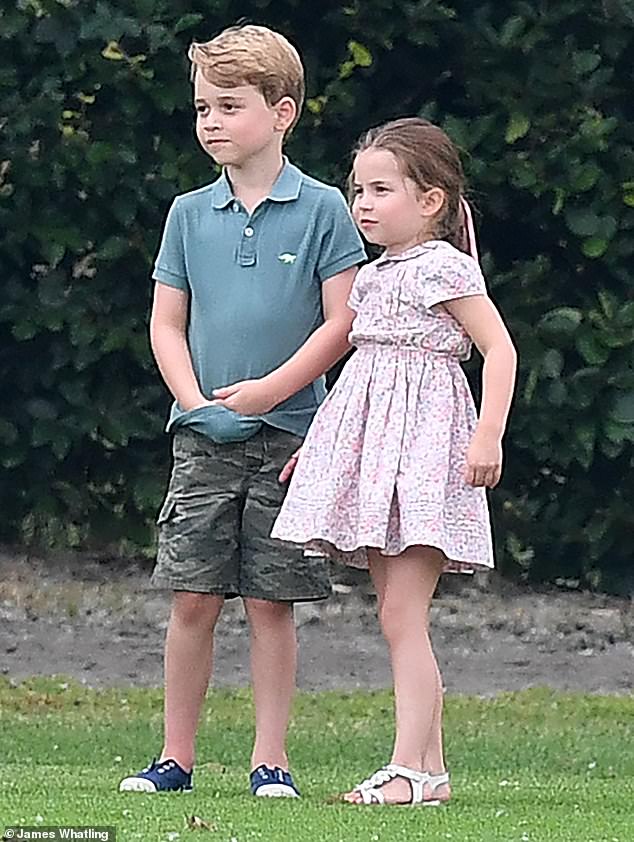 Prince George, pictured with his sister Princess Charlotte, turns six on July 22 – though the dates of their family trip are not known 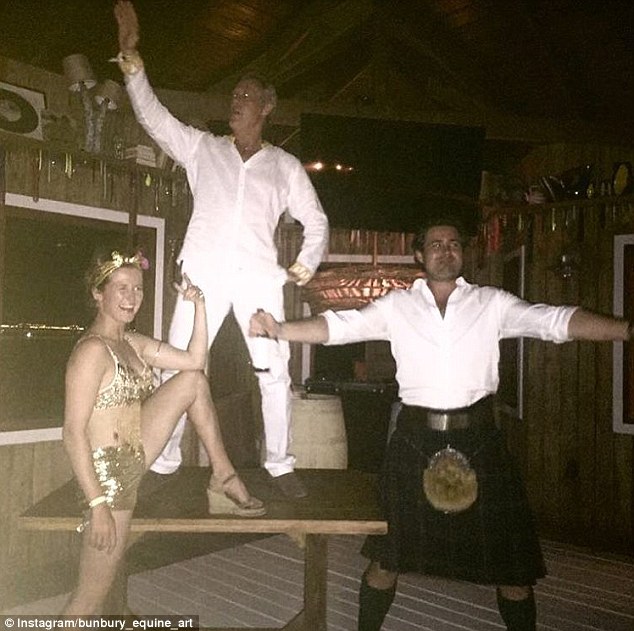 Revellers at the gold-themed bash at Basil’s Bar on Mustique danced the night away, but William and Kate ‘kept it classy’ according to onlookers

‘I was standing at the [hotel] bar ordering one of the fancy drinks and Kate actually came up to the bar and was quite pleasant and chatty. She couldn’t be more friendly and more open,’ he told People.

The Cambridges have also previously stayed at Villa Hibiscus, owned by Kate’s family friends John and Belle Robinson, now separated, owners of the Jigsaw fashion chain. The villa is usually rented for £20,000.

FEMAIL contacted Kensington Palace, who would not provide a comment.

MUSTIQUE AND ST BARTS: THE CARIBBEAN ISLANDS THE ROYALS LOVE

With its sugar-sand beaches and gently swaying palms, it’s no surprise that the Caribbean has proved a hit with holidaying royalty.

A particular favourite is St Barts, which saw Princess Beatrice arrive on its shores for a break last year.

Part of the Leeward Islands, the island is one of four that make up the French West Indies, and is home to popular celebrity haunts such as Maya’s, a beachside restaurant just outside the capital Gustavia.

The Caribbean island of St Barts is synonymous with the rich and famous, from Beyonce and Jay-Z to Roman Abramovich.

While celebrities are certainly seen here, it is the ultra-wealthy media moguls and steel magnates who really love to splash out on holidays in this exclusive spot.

All of that makes it perfect for the royals, who can enjoy the island’s relative privacy. The island can be difficult and pricy to reach, ensuring most holidaymakers head elsewhere.

Almost as popular with the royal set is the exclusive island of Mustique, which was the scene of Prince George’s first ever trip abroad.