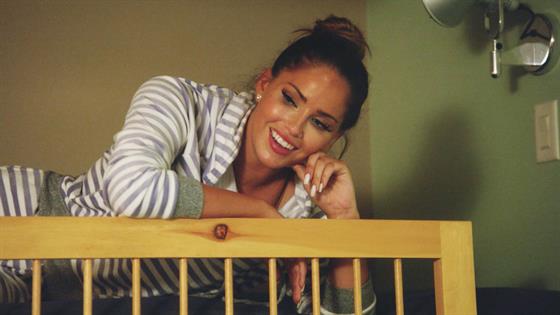 In this clip from Sunday’s all-new Relatively Nat & Liv, the WAGS alum gets candid with her siblings about her hope of reuniting divorced parents Julia Pierson and Brian Pierson. This frank conversation comes about as the entire family enjoys a getaway in Whistler.

“I’m so glad that mom or dad don’t have a significant other,” Liv admits to her siblings. “I mean, obviously I want them to be happy, but…”

Liv isn’t the only one feeling this way as brother Owen Pierson admits that he hasn’t “liked any of their significant others.” Per Liv, this is just proof that Julia and Brian are “the only good fit.”

However, it appears that Liv has already undertaken this scheme. “I am already on it,” the famed influencer adds. “I’ve been on it for a few years.”

But are Julia and Brian open to the idea? Sophia Pierson seems to think so as the Pierson matriarch has been “playing the role” by taking care of Brian.

Yet, as Liv frankly points out, the Pierson exes aren’t physically intimate with each other.

“The older they get the less they’re gonna want to f–k,” Sophia notes. “So, we need to do the Parent Trap before it’s too late.”

Although Sophia’s theory may be flawed as Natalie Halcro‘s parents Rhonda and Jim, who are about the same age as Julia and Brian, are caught happily “boinking.”

Watch the candid sibling chat for yourself in the clip above!