Chrissy Teigen has been spotted for the first time since her damning behavior on social media was pushed into the spotlight.

New photos show the 35-year-old former model smiling and laughing while on a FaceTime call. The exclusive photos obtained by Page Six show Teigen leaving a business meeting and walking back to her car alone with her phone in hand. In some photos, Teigen is wearing a cheetah print mask to cover her nose and mouth. 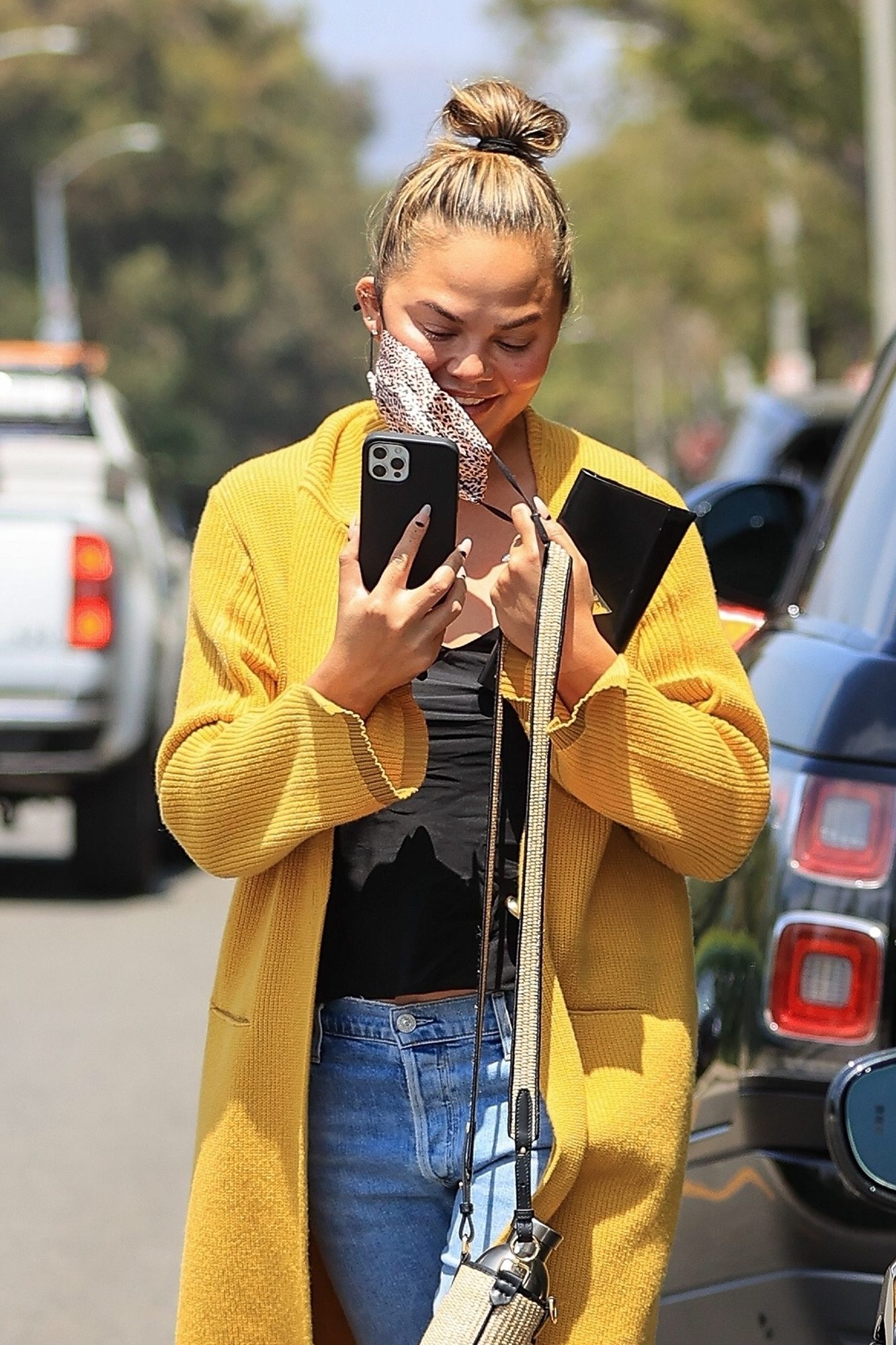 The photos show Teigen out in public for the first time since Courtney Stodden revealed the wife of John Legend had bullied her on social media.

“[Teigen] wouldn’t just publicly tweet about wanting me to take ‘a dirt nap’ but would privately DM me and tell me to kill myself,” Stodden told the Daily Beast in an interview that was published May 10.

Since Stodden’s reveal, Teigen’s business ventures haven’t been going well — Target and Macy’s dropped her cookware line, while Bloomingdale’s backed out of a huge deal at the last minute. 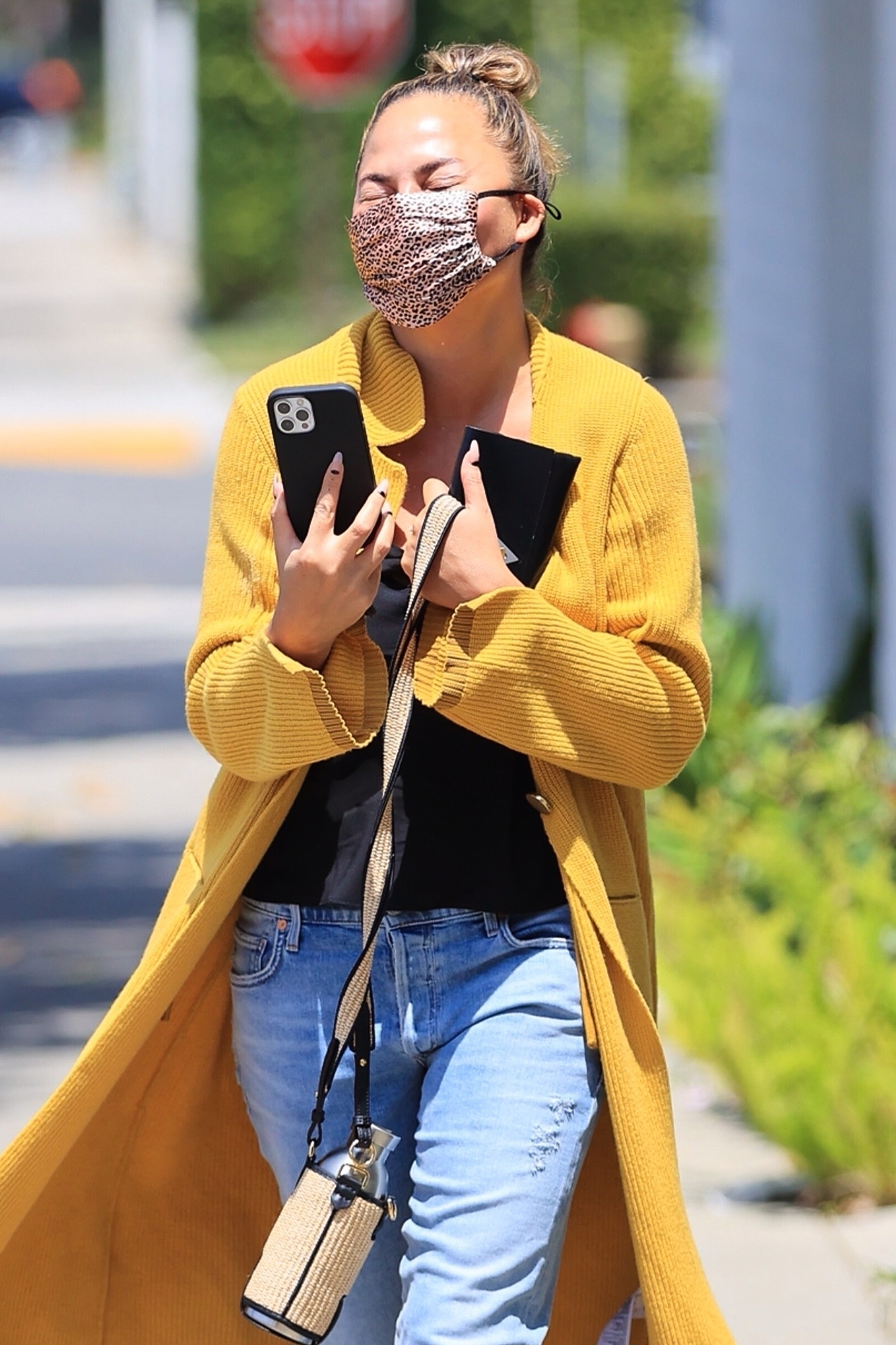 Formerly racing for the title of America’s Sweetheart, Teigen has been forced to take a step back from all of her social media accounts. The last time she updated her Instagram feed was on May 11. She has also gone silent on Twitter, last tweeting an apology on May 12.

The apology, which went on for several tweets, read, “Not a lot of people are lucky enough to be held accountable for all their past bullshit in front of the entire world. I’m mortified and sad at who I used to be. I was an insecure, attention seeking troll.”