The road to recovery! Clare Crawley is still physically healing after having her breast implants removed, but mentally, she feels better than ever.

“Feeling so good I even put a shirt on today,” the former Bachelorette star, 40, captioned a mirror selfie posted to her Instagram Stories on Sunday, August 1. “Drains are looking good thankfully they don’t bug me, but hopefully I can get them out soon!”

Crawley revealed on Saturday, July 31, that she was “officially done” with the surgery to have her implants removed. Earlier in the month, she said that she had decided to have them removed because they had been causing various symptoms for the past five years.

“I’m very confident and happy in my decision to remove them for the benefit of my health,” the California native explained at the time. “Maintaining good mental health through this, that is a challenge. But staying strong knowing you’re being your own advocate, I’m keeping that at the forefront.”

During a Q&A session with her Instagram followers on Sunday, she responded to fan questions about how she was feeling post-operation and further explained why she decided to undergo the removal. 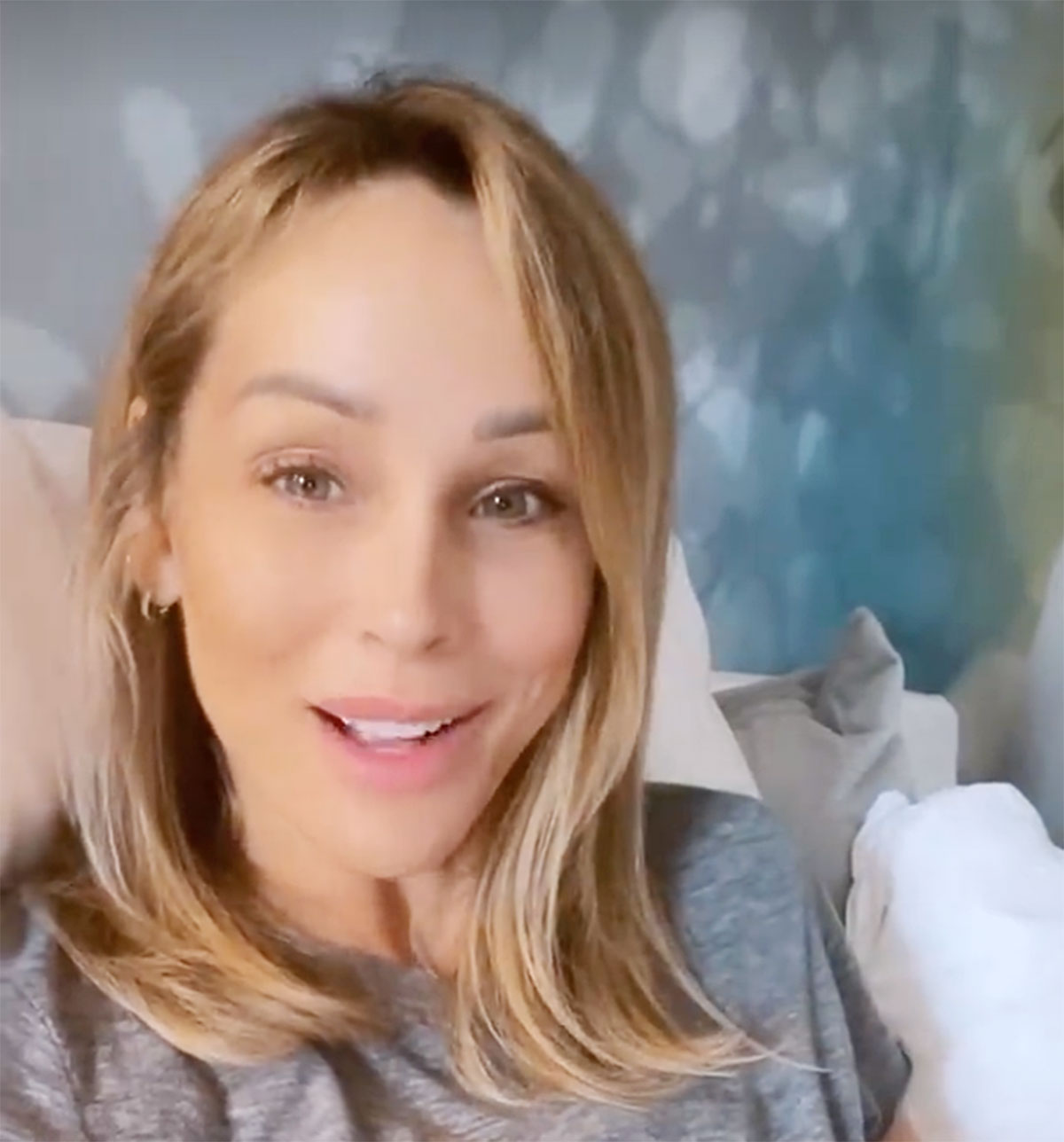 “I was having a lot of autoimmune issues without being diagnosed with any autoimmune diseases,” she said in her Instagram Stories. “So, I was having inflammation. My lymph nodes were swollen all the time and there was a lot of other stuff happening too.”

When asked if she was in any pain, the reality star said that she wasn’t, thanks to a nerve block that “lasts for 72 hours.” She added that she didn’t need a breast lift after the removal was finished.

“I left it up to [my doctor],” she told her followers. “I said, ‘Do what you gotta do to do make ’em look cute, and I actually ended up not needing a lift so we didn’t do a lift.”

The hairstylist also said that “the most uncomfortable” thing about the aftermath of the procedure “is just having to wear two bras — it’s just really tight,” adding, “I’m just happy to be back to myself and feel healthy.”

When one follower asked if she had any regrets about her choice to remove the implants, Crawley replied, “Not for one second.” Other fans chimed in to ask questions about their own removals, while one user said her story had made them reconsider getting implants.

“This is truly why I wanted to share what I’ve been going through, because I think when I got them, I had no idea it could have any side effects,” the Bachelor alum said. “I just didn’t even know or pay attention to it, but this is why I’m sharing with you guys.”

Crawley is engaged to Dale Moss, whom she met during her season of The Bachelorette. The former NFL player, 32, proposed after just two weeks of filming. Though they briefly split in January, they reunited one month later. Last month, Us Weekly confirmed that their engagement is back on.

“They’re engaged but still are working on building a solid relationship,” an insider explained. “They’ve discussed future plans but aren’t necessarily wedding planning. They aren’t rushing to tie the knot.”