In an emotional meeting, a little girl and her family came face to face with the stranger who saved her life.

Last month, Alle Jilg and her parents, Tia and Mike Jilg, met Jacob Oswald — a father of two from Iowa whose bone marrow donation was a match for Alle.

“All you can really do is thank him over and over again,” dad Mike Jilg of Broken Bow, Nebraska, told “Good Morning America.” “The interaction he had with Alle and the way they connected, it was like she was his own child.”

Because of her disorder, Alle is vulnerable to any mildly infectious diseases. The 1-year-old was diagnosed just seven days after birth. 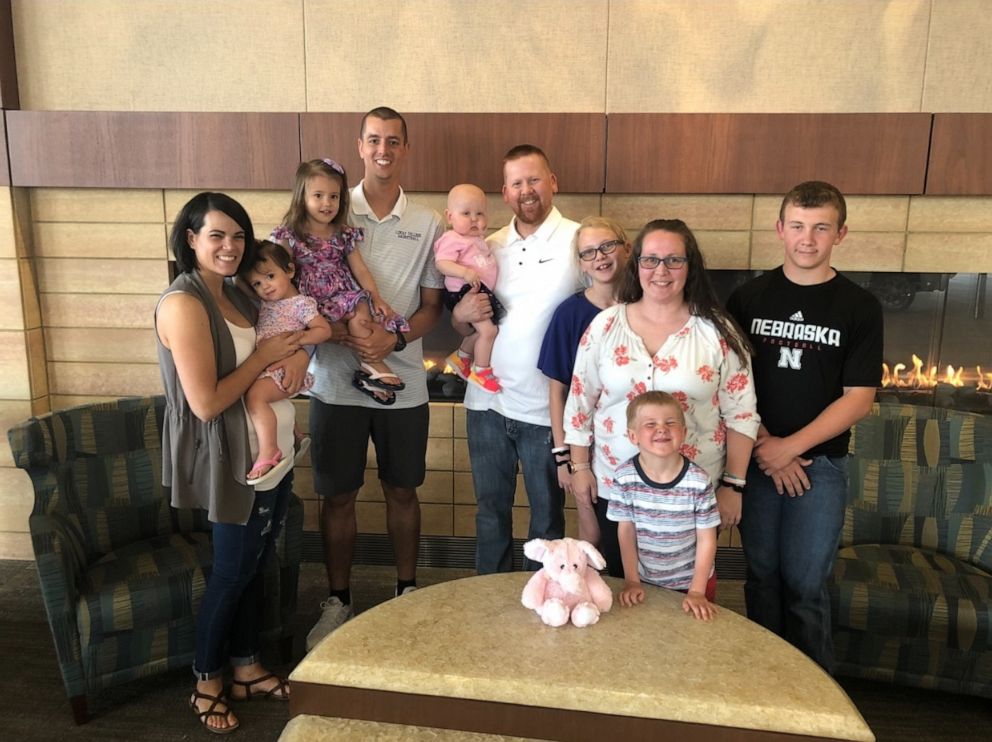 “The doctor specifically asked me if I understood the severity of it,” Mike Jilg said. “The way he described it was, the common cold for us could kill her in less than 24 hours.”

With her immune system weak, Alle needed a bone marrow transplant to survive. She underwent chemotherapy to prepare her body for the transplant which took place February 28, 2018.

Despite being poked and prodded, Alle has never lost her positive spirit. She loves going outside, picking on her older siblings and “talking on the phone,” mom and dad said. 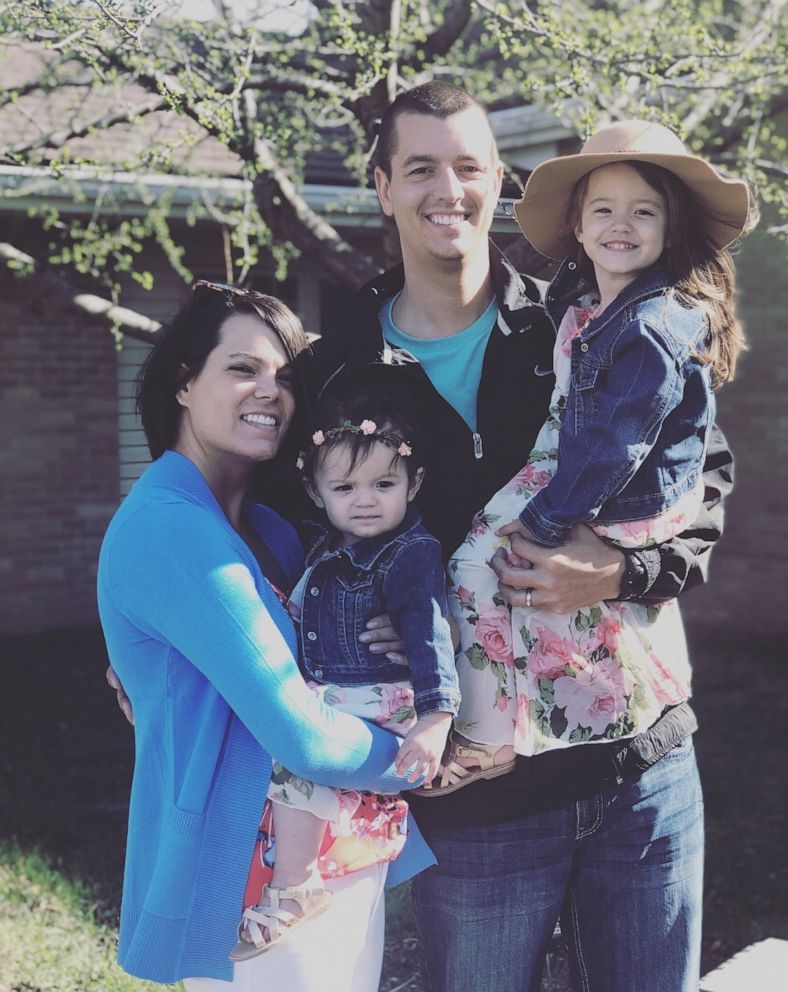 “When I come home she’s got the biggest smile on her face,” Mike Jilg said. “She’s just the light of our family right now. We nicknamed her Alle bear because she never cooed, she always growled.”

“She’s definitely a fighter,” he added.

Through a national bone marrow program called “Be The Match,” Alle’s family was able to communicate anonymously with her donor, Jacob Oswald.

And on May 31, both the Jilgs and Oswalds met in person at Fred & Pamela Buffett Cancer Center at Nebraska Medicine in Omaha.

Alle even wore a shirt that said, “My donor is forever my hero.” 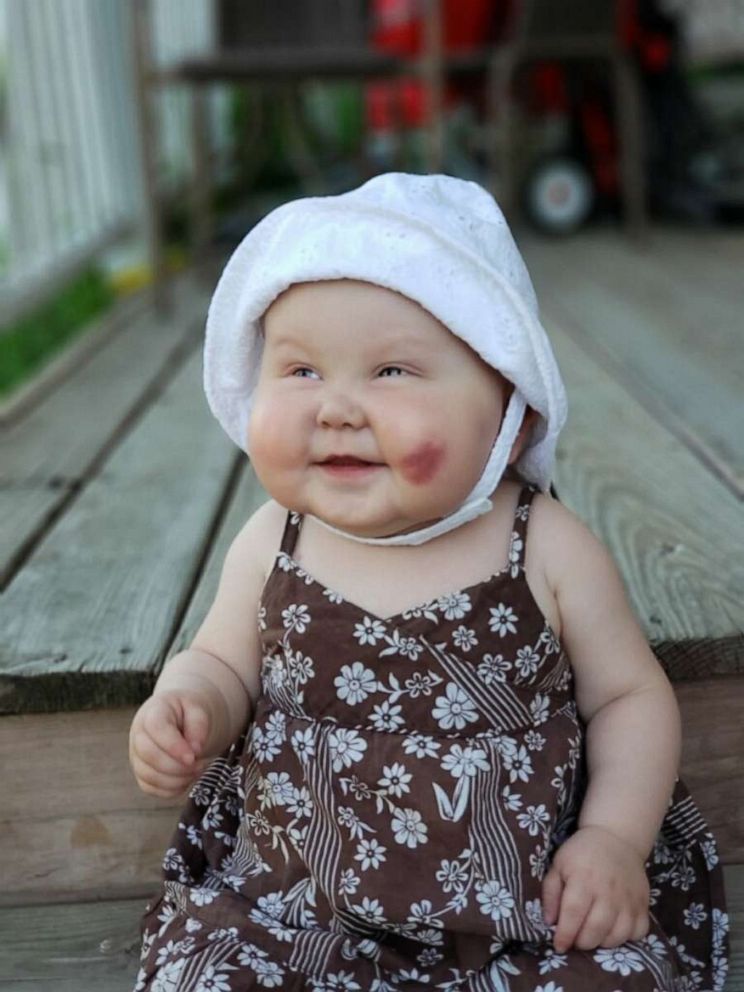 “It felt like we’ve known him forever,” mom Tia Jilg told “GMA.” With Jacob he’s a family member to us and we’d like to make trips to see him and his family. They’re amazing.”

Jacob Oswald, dad to Hailey, 3 and Emma, 1, said he donated bone marrow in 2011 but didn’t learn the identity of the recipient until later.

“It was really emotional to know that it was a baby girl considering we had our own [daughters],” Oswald told “GMA.” “Getting a chance to sit down with the family and talking about what they had been through and opening our arms and accepting another child into our family essentially, it was a full scope of emotions. She [Alle] smiled the entire time we were there.” 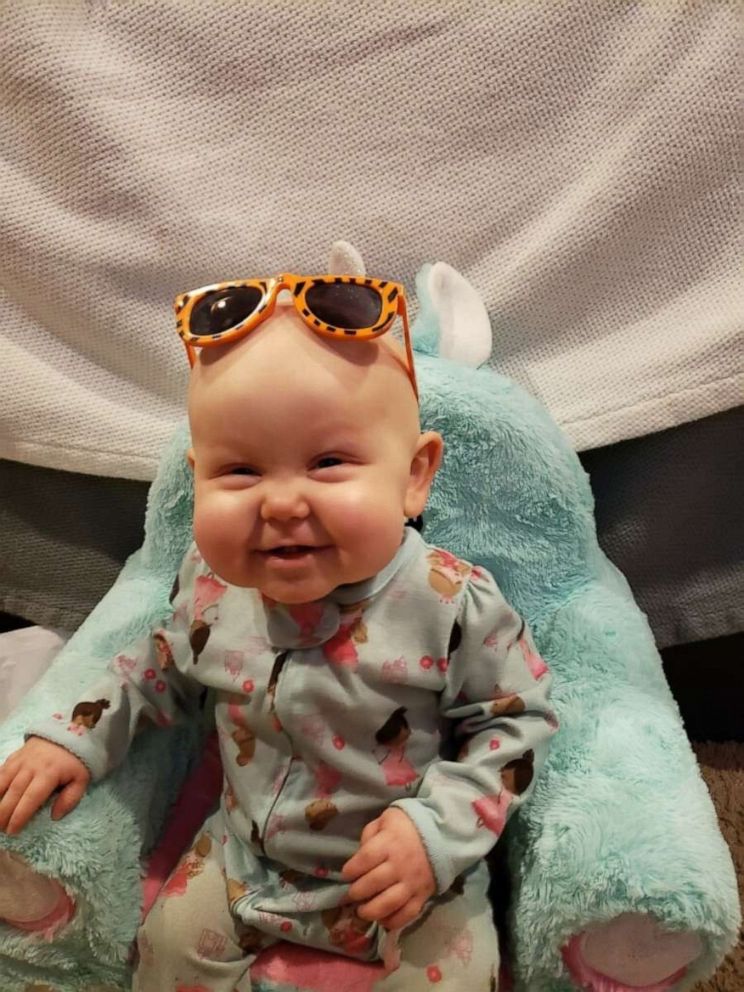 Dr. Sachit Patel, pediatric hematologist-oncologist at Nebraska Medicine said without Oswald, none of this would’ve been possible.

“The transplant we performed here at Nebraska Medicine has literally given Alle a second chance at life,” Patel told “GMA.” “More importantly, a life that holds the promise of all the things her parents dreamed when she was born.”

Although Alle is not completely cured, the Jilgs are just grateful for their daughter’s second chance. 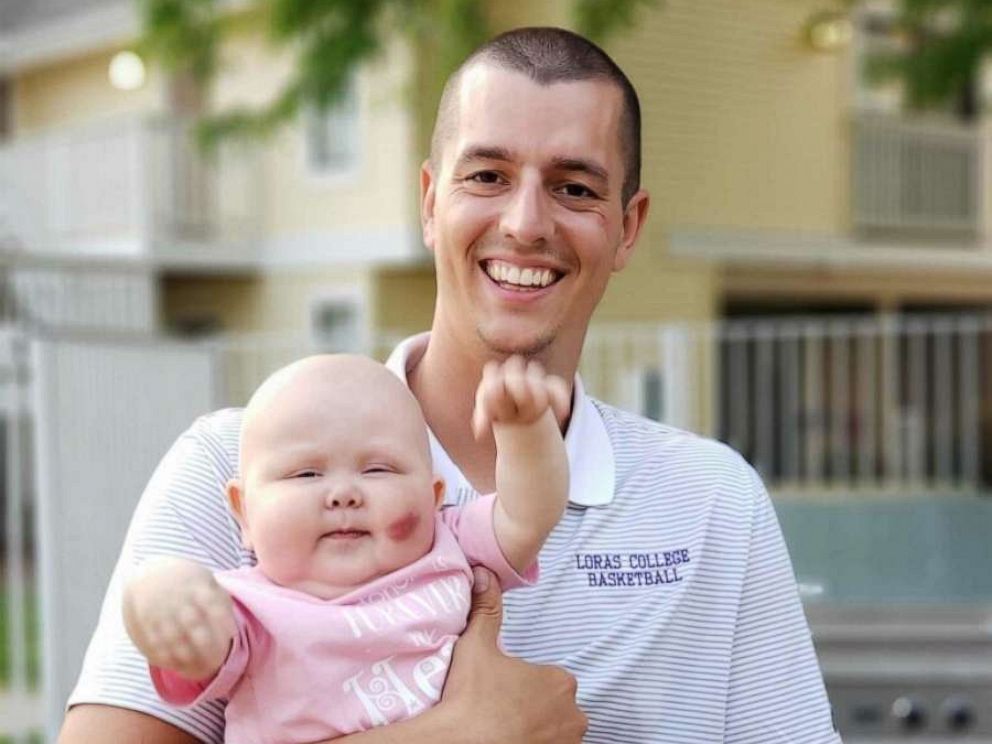 “I’d like to see her fulfill her dreams, live a long and happy life have a family of her own,” Mike Jilg said. “I see her fighting for what she wants and not giving up.”