PERCHED on a tiny bed that touches both sides of the room, 24-year-old Pixie prepares to start her day at work – unsure if she’ll be asked to mummify herself or just do a sexy dance for today’s clients.

She’s one of the thousands of American ‘cam girls’ who film themselves acting out customised sexual fantasies for their fans online – raking in up to £1,600 per week. 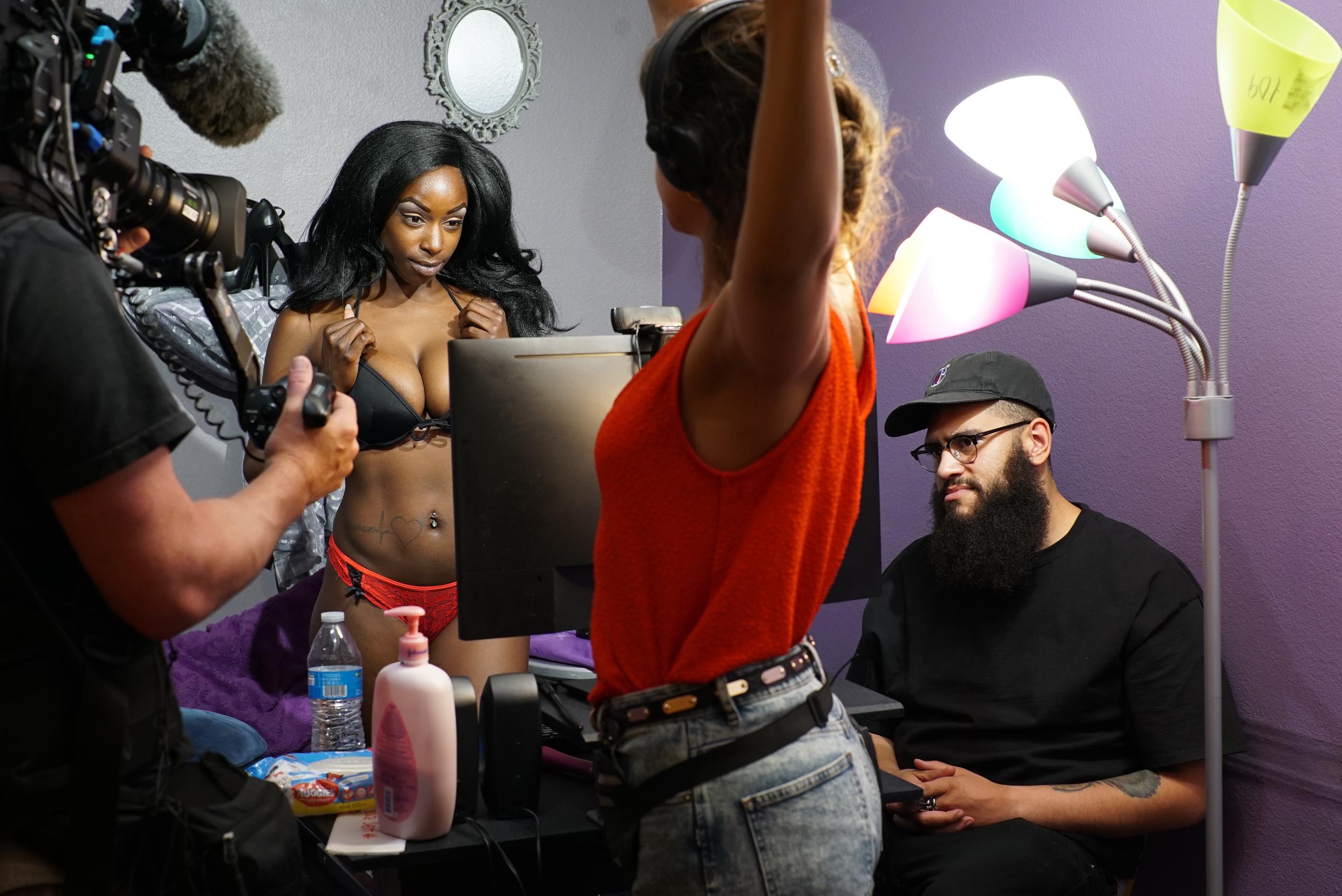 As piracy and streaming cut into the profits of traditional pornography, new Channel 4 show Adventures in Futureland explores the rise of the ‘custom’ industry, where a client’s wildest fantasies can be brought to life through breathtaking advances in virtual technology. 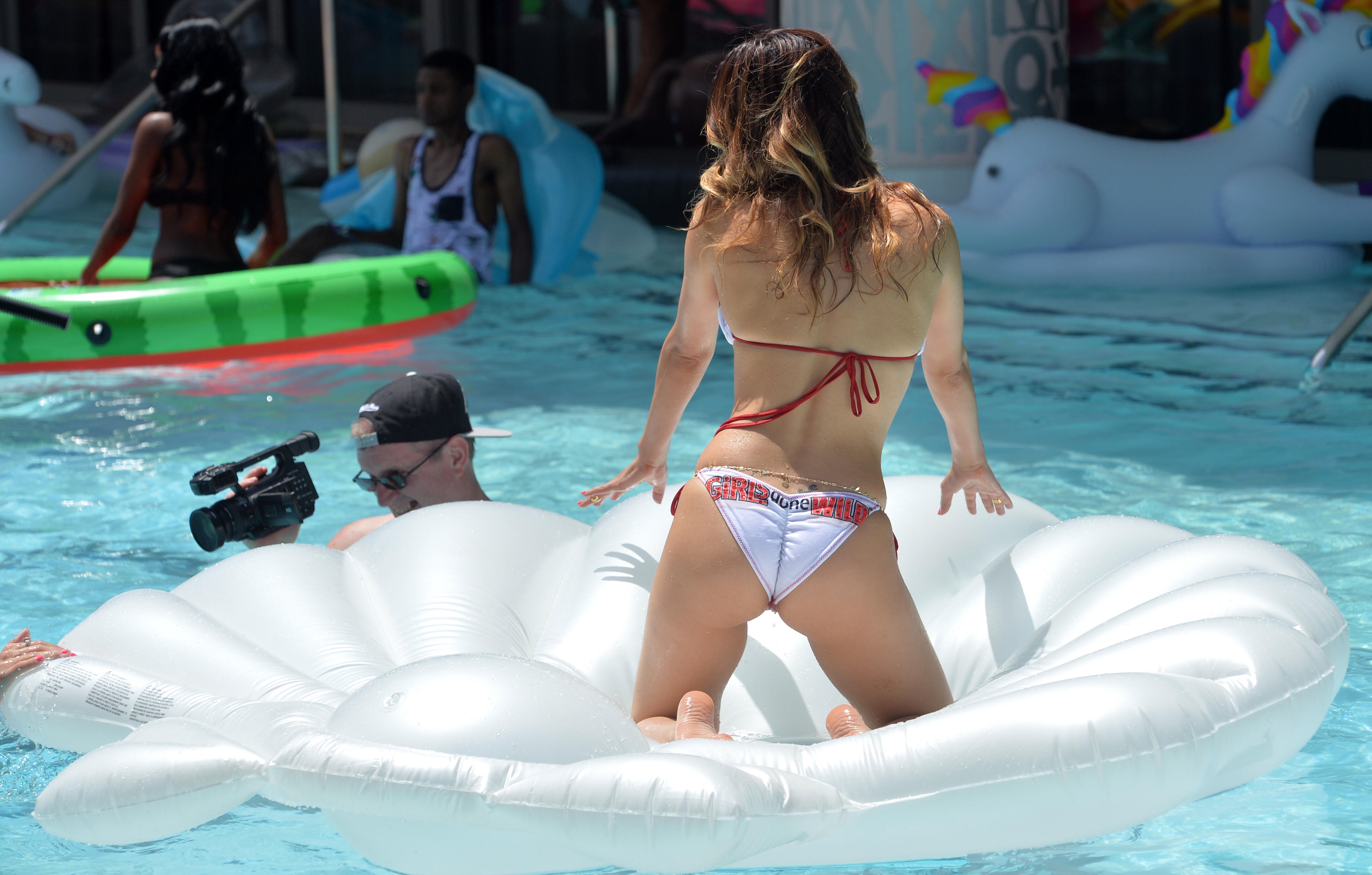 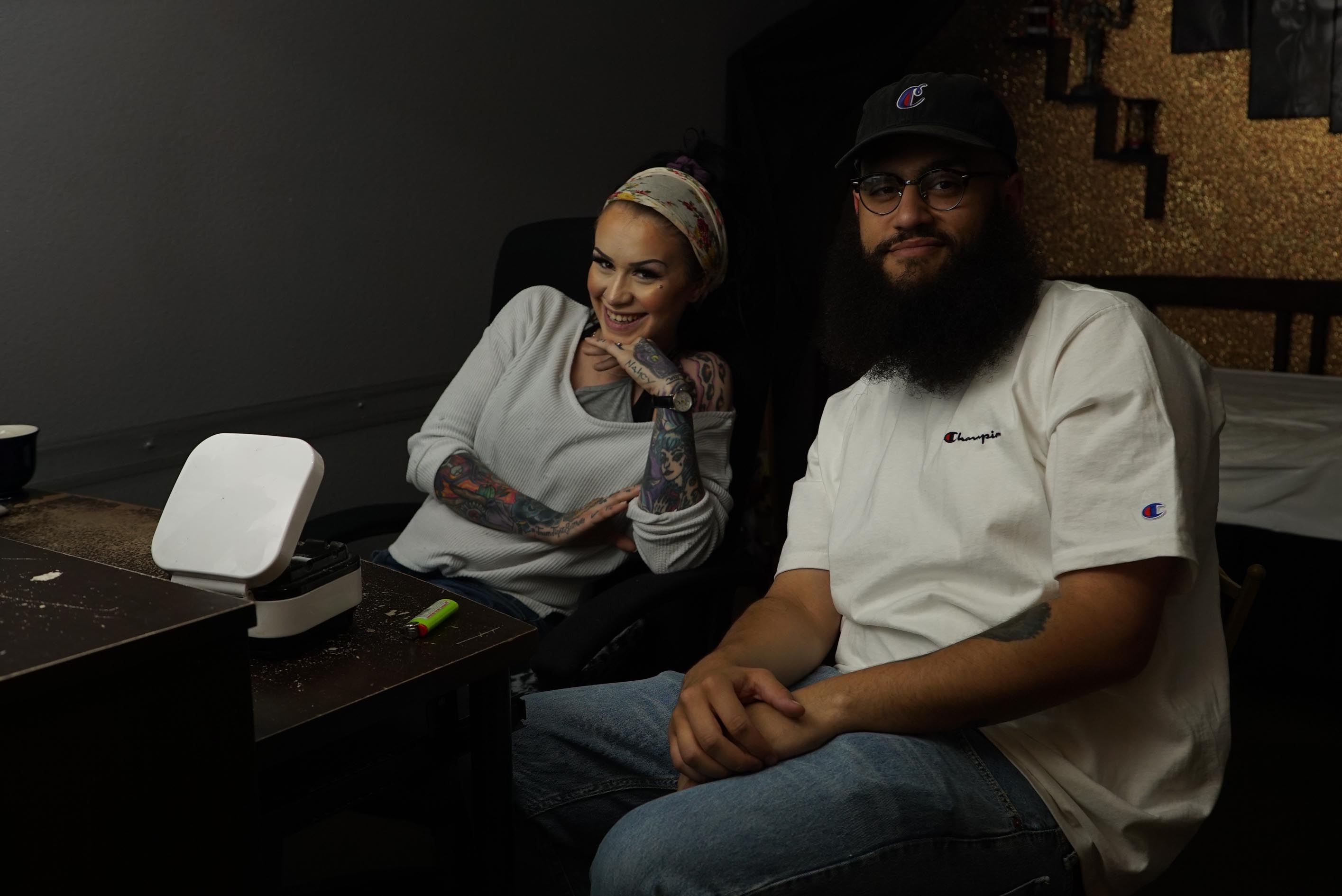 Speaking to Sun Online, he says the relentless pursuit of our ideal fantasies has made us increasingly desensitised from who – or what – is actually on screen.

He says: “It’s like whenever we have a breakthrough in technology, one of our first thoughts is ‘Can we f*** it?’ When the internet was invented, I’m sure one of the first things that went up was pornography.

“It’s in our nature to do these kind of things, but it is quite mad how it’s becoming desensitised.

“You have this webcam thing where it’s a real person behind the screen – they might be playing a character but you’ve fully immersed yourself in a ‘pleasurable experience’ that doesn’t even exist.”

This year alone, tech bods have invented hundreds of new ways for you to get turned on online.

Ageing couples can record £12,000 virtual reality sex tapes to preserve their youth, while those looking to make a bit of extra cash can strip anonymously as avatars for randy punters.

In the race to get our rocks off, though, are we forgetting about the humans behind the computer screens?

During his travels, Maddix heads to Las Vegas to meet cam girl Missy. In one week, she can rake in £1,600 from live-streams for clients who demand she ‘humiliates’ them or wears tight skirts to fulfil their festishes.

However, when the face of one of her ‘regulars’ Nathan, pops up on the screen, it becomes clear their strangely touching friendship comes at a high price – with the grocery store worker admitting he’s paid around $8,000 over their five-year ‘relationship’.

“To me it’s worth it, to spend time with her, talk to her,” he says. “It’s like having a long distance best friend and sometimes if I need it she can be a long distance girlfriend.”

Justifying why she acts out fantasies, Pixie says refusing would simply see her lose out to one of her rivals.

“I know that if I don’t do it, another girl will. So I might as well make some money from it. You have to be tough.” 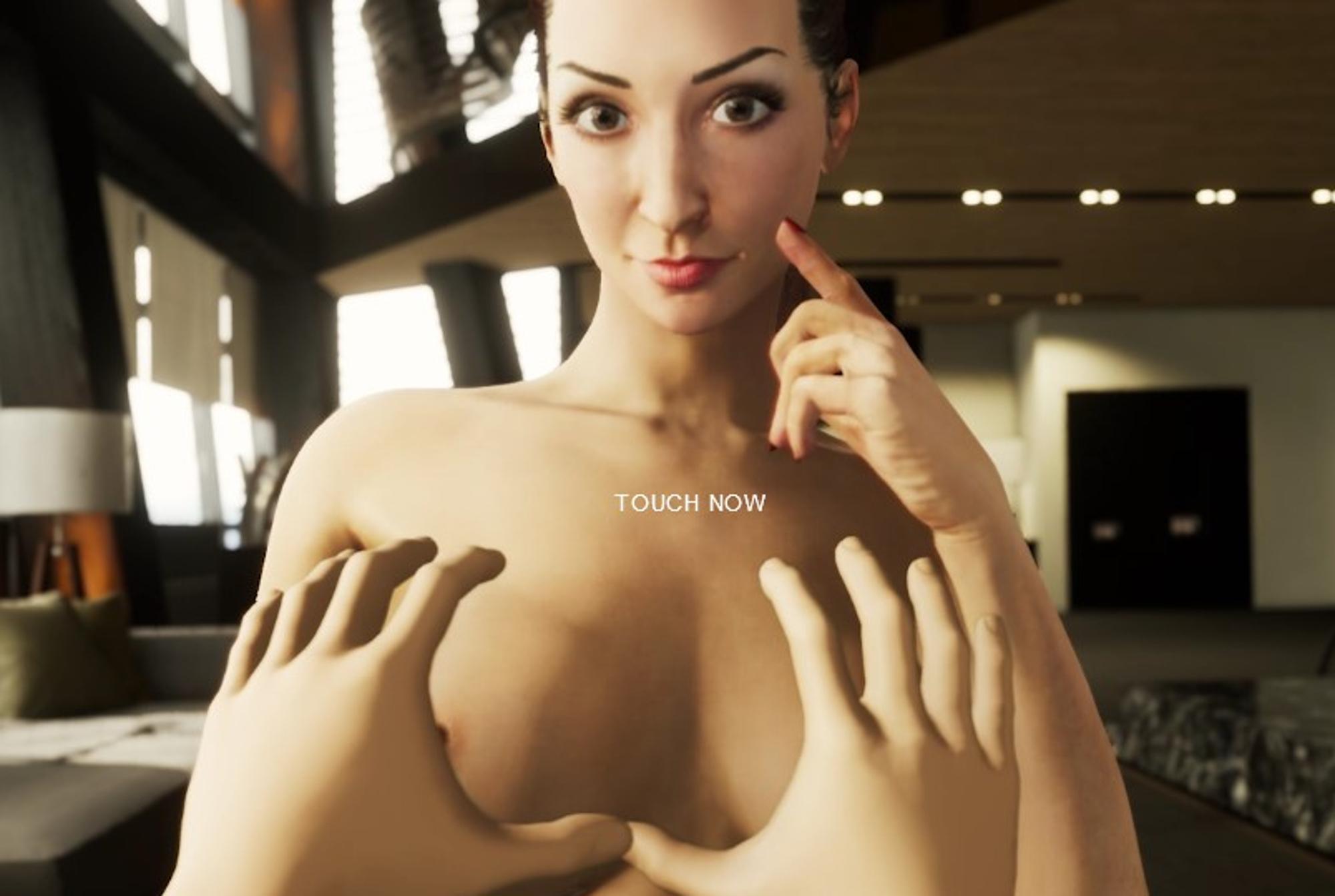 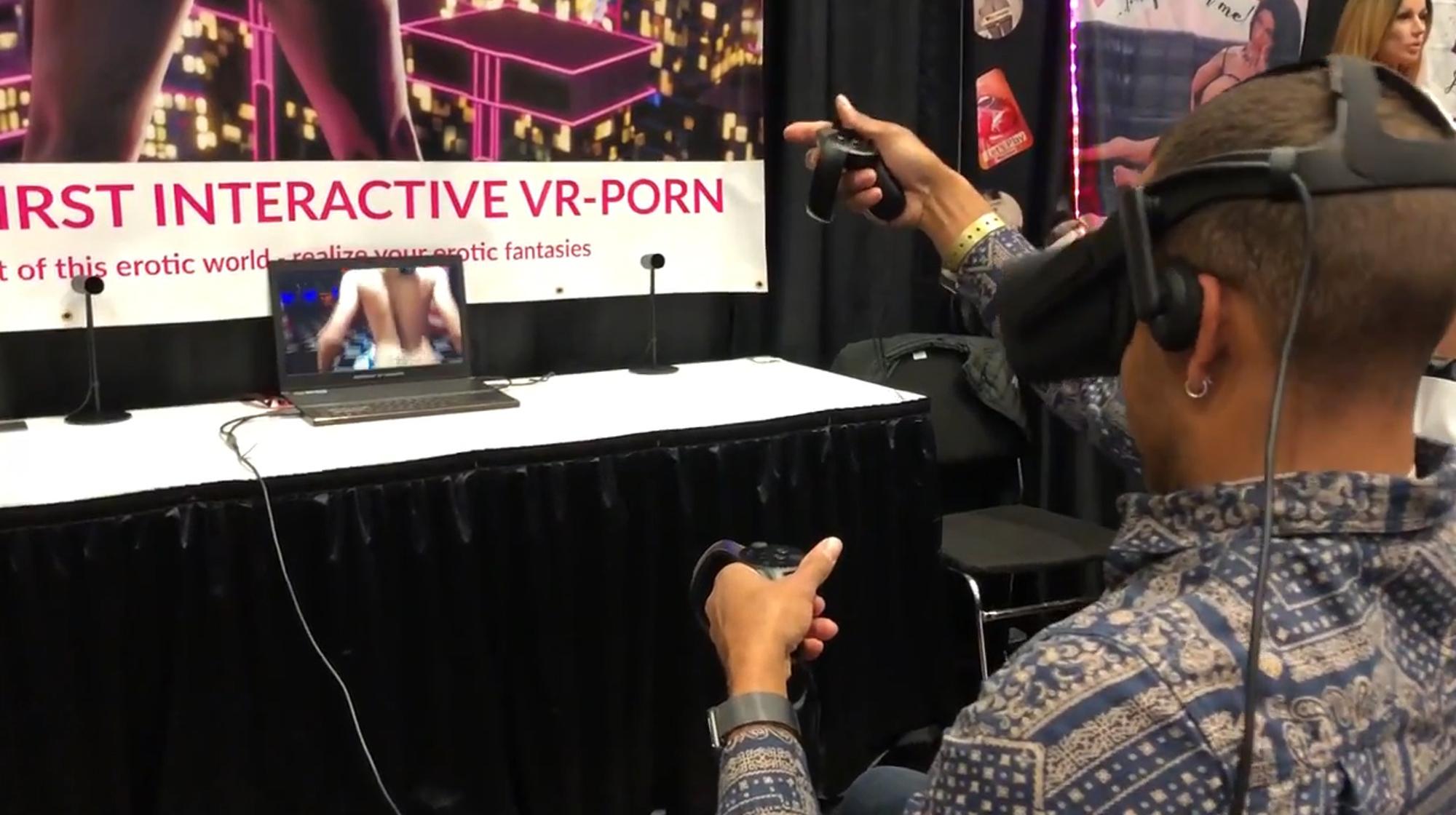 As the possibilities opened up by technology advance, the demands on sex industry workers will inevitably become more and more extreme.

One of the models is covered head-to-toe in plaster and “mummified” in front of our eyes, before the others perform sex acts on her dressed in the clothes and using the toys of the customer’s choosing.

At Camasutra Industries in Los Angeles, meanwhile, an adult performer watches as his fiancee’s body is mapped by a whopping 130 cameras so it can be imagined into a digital avatar.

Deepfakes – what are they, and how does it work?

Here's what you need to know…

MOST READ IN TECH

CORE OF THE PROBLEM?

With the rise of deepfake technology sparking fears anyone’s face could end up anywhere in the virtual world, are we really equipped to deal with the darkest desires of clients like Pixie’s?

“Some of these people know the internet better than the people trying to stop them,” says Maddix. “The culture of the internet changes, things pop up.

“I’m 28 and I’m too old – I don’t even understand Reddit. And the people trying to regulate are twice our age.

“Technology is evolving faster than we are. The internet is one of our greatest achievements but at the same time it’s got some really dark undertones and that’s because this drive for connectivity is developing faster our moral values. It’s a sort of a necessary evil.”

Adventures in Futureland: Virtual Sex airs on Channel 4 on Sunday, September 8, at 10pm and will be available to stream on All4 afterwards