Why I ditched manicures for life with Thrusty the randy ram! Farmer’s wife who left an office job to live on her husband’s farm reveals what a year in rural Britain is really like

When Sally Urwin married a farmer, she had visions of ‘harvest picnics in our stubble fields in lovely sunshine, with apple-cheeked children wearing tasteful Boden clothes . . . eating wholesome homemade sausage rolls with lashings of ginger beer’.

When an August picnic eventually materialises, she realises that ‘the fields are prickly, the kids are arguing over who last went on the iPad and they hate my homemade sandwiches’.

Urwin’s account of a year on High House Farm, with its mix of arable land and 200 sheep in windswept Northumbria, is no rural idyll. But it’s full of passion for the realities of life lived knee-deep in the countryside. 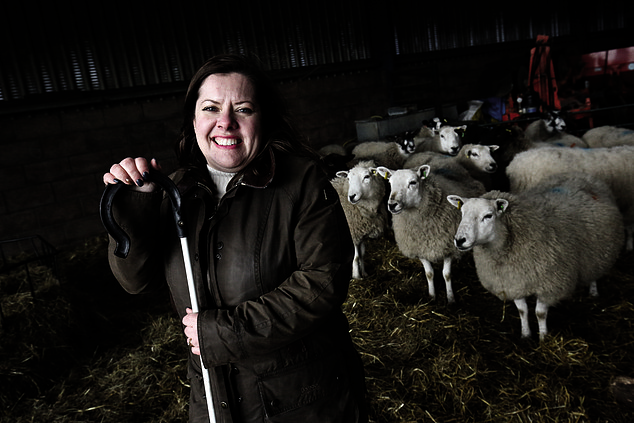 Sally Urwin, pictured, used to work in financial marketing but moved to High House Farm in Northumbria after she met her husband Steve

Before meeting Steve on a dating site in 2004, she worked in financial marketing. ‘I wore smart suits and big heels,’ she says, ‘and got my acrylic nails refilled every four weeks.’ But she was bored and depressed.

The couple’s first date took place in the middle of lambing. She remembers ‘trying to pick up two newborn lambs, slippery and steaming, out of a paddock in the teeth of a northeasterly gale’.

The couple mucked out pens and ate takeaways curled up in the hay. ‘Steve was just what I wanted: straightforward and deeply connected to his farm . . . I handed in my notice and gave away my suits.’

But, although Steve was solid as a rock, his farm’s finances were precarious. Readers will be shocked to learn how little they earned in 2018 — just £75 per lamb and a pathetic £1.60 per sheared fleece. 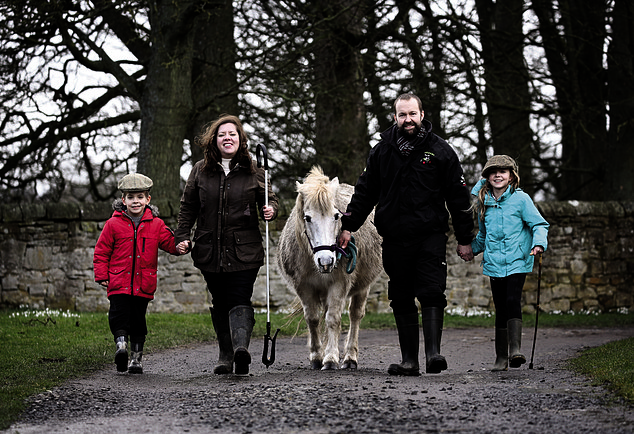 Sally’s book reveals the highs and lows of rural life and she discusses how her struggle with anxiety is exacerbated by worries about money. She is pictured with her family and a horse

Then there are the awful expenses caused by theft, storms, horrible diseases or the loss of animals to accidents or predators.

The farmers get injured, too. Steve puts his back out and can’t shear; Sally suffers a bruised face chasing ewes. Her lifelong struggle with anxiety is exacerbated by worries about money.

When she contacts the Royal Agricultural Benevolent Institution for help, she is told mental health among farmers is at an all-time low.

Despite the hardships, Urwin still finds the fun in rural life. She christens the two rams bought to ‘serve’ the farm’s ewes Thrusty Clappernuts and Randy Jackhammer. When the boys are let loose, each serves around 60 ewes.

Preparing for the new arrivals in April, Urwin buys an industrial tea urn and some ‘unflattering Flexothane leggings’ as boiler suits don’t fit over her ‘magnificent mono bosom’, while Steve gives her a special crook for Valentine’s Day. 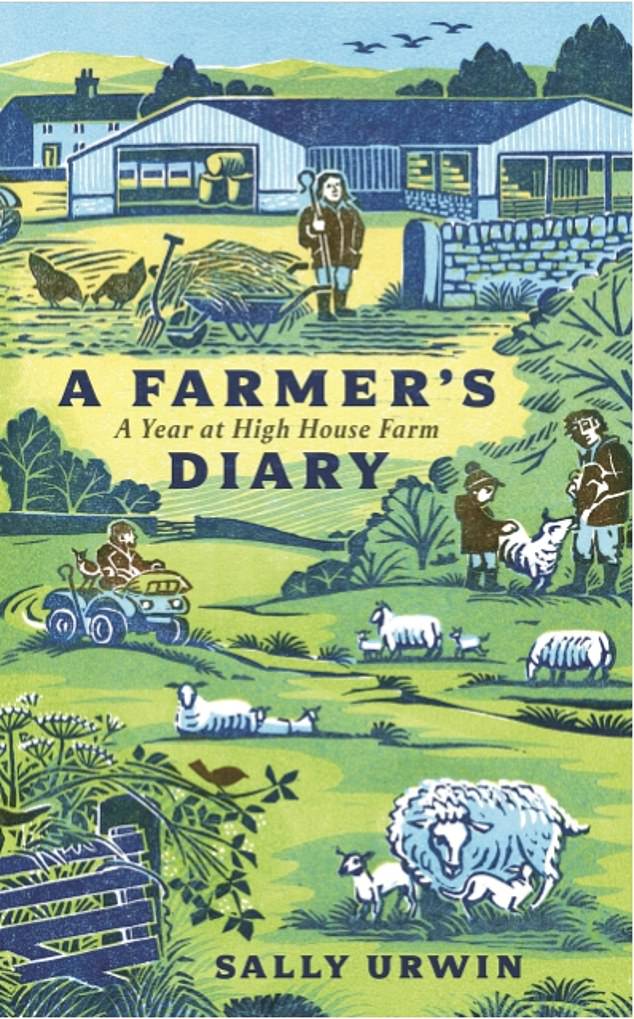 At 4ft 10in, she struggles to get her arm fully inside the ewes in labour. At one point, she fears she has lost her watch inside a sheep.

Lambing is not as fluffy as outsiders might imagine. Some ewes will try to steal the babies of others. Some will reject their own offspring. Mothers of triplets are known to lie down on their smallest lamb to suffocate it because they cannot feed three.

Compensations come in moments of pure outdoor joy. Urwin delights in partridges pootling through the grass, voles scurrying by the stream and berries shining in the hedgerows.

‘I love our little patchwork of fields and woods,’ she concludes. ‘If we can keep our heads above water for the next few years, to keep High House in good nick to pass on to the kids, I’ll be incredibly grateful.’