Investigators told KABC-TV  he was racing with Rebecca Grossman on Sept. 29, moments before she struck and killed 11-year-old Mark Iskander and his 8-year-old brother Jacob as they crossed the street in Westlake Village, a suburb 30 miles northwest of downtown Los Angeles. 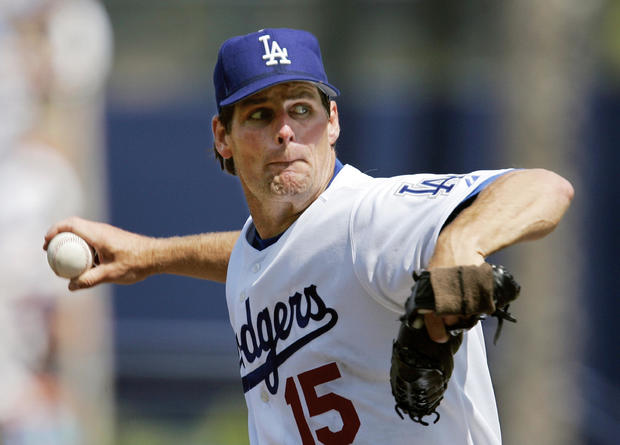 The boys were crossing the street in a marked crosswalk with their parents.

Prosecutors alleged that Grossman continued driving, eventually stopping about a quarter-mile from the crash scene.

Grossman, 57, pleaded not guilty to charges of murder, vehicular manslaughter with gross negligence and hit-and-run driving resulting in death. The charges carry a maximum penalty of 34 years to life in state prison.

Erickson is scheduled to be arraigned March 16. A call to a number listed for him went unanswered.

Erickson played for the Los Angeles Dodgers, Minnesota Twins, Baltimore Orioles and New York Yankees from 1990 to 2006, winning 142 games. He notched 20 victories for the World Series-winning Twins in 1991, finishing second in Cy Young voting that year.