At a rough estimate, approximately 500 new television series have been released over the past year, each one declaring itself more “must see” than the last.

From this torrent of content, we have gorged ourselves silly. True-crime fans inhaled The Dropout and Inventing Anna, comedy lovers chuckled along to Ted Lasso, Only Murders in the Building and Hacks, while the serious watchers in the room dissected Succession, praised The White Lotus and pretended to understand Severance.

All the shows listed above are up for multiple awards at the 74th Primetime Emmy Awards (which will take place on Tuesday, our time), but among the high-profile nominees are some hidden gems you may have missed. 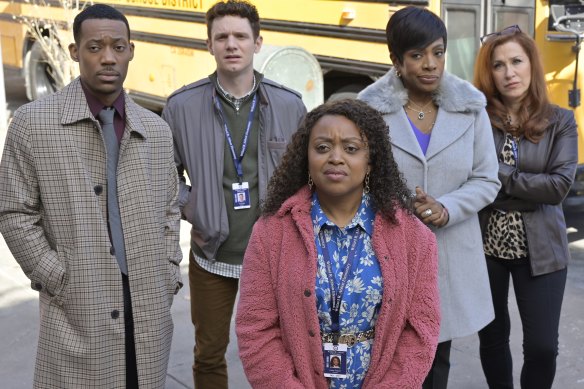 Think Ted Lasso is the most charming comedy on TV right now? Think again. Abbott Elementary hits all the right marks as it tells the story of Janine Teagues (Quinta Brunson), a happy-go-lucky second-grade teacher who believes she can make a difference in her students’ lives, despite their lack of enthusiasm. Abbott Elementary was nominated for three Emmys last year (winning none) but could be a chance this time round. 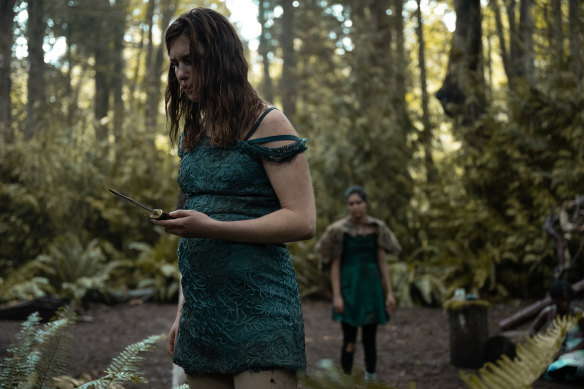 The best plane crash drama since Lost, Yellowjackets follows a high school girls soccer team who become the (un)lucky survivors of a plane crash deep in the remote Canadian wilderness. The series toggles between two timelines, when the crash occurred and flashing forward to the future (another nod to Lost), and features the immensely watchable Juliette Lewis as the older version of one of the survivors. Mixing survival stories with coming-of-age drama, Yellowjackets will have you hooked. 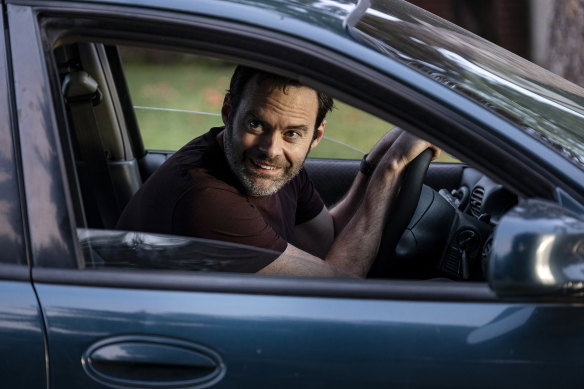 Whoever pitched the idea of Bill Hader playing a hitman who accidentally ends up joining an acting class (taught by Henry Winkler, no less) deserves all the Emmys. The premise of Barry is genius, but since the show debuted in 2018 it’s developed into one of the most unique series on TV. Hader is note-perfect as an off-kilter gun-for-hire who finds salvation in the creative arts while being hounded by his murderous past. 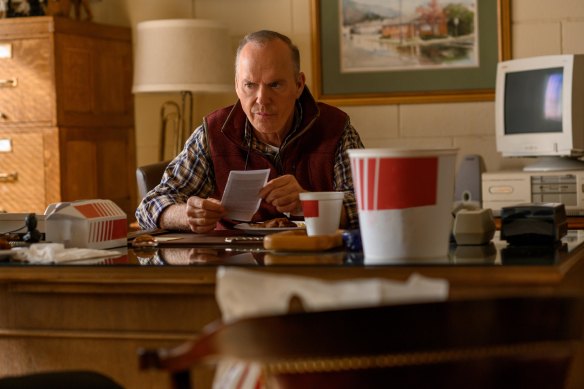 It was a big year for moody series ripped from the headlines, with shows such as Inventing Anna, The Dropout, WeCrashed and The Girl From Plainville all gaining traction. While those shows dealt in subjects that made for salacious TV – scammers, con artists and tech billionaires – Dopesick was a harder sell.

Based on the non-fiction book Dopesick: Dealers, Doctors, and the Drug Company that Addicted America by Beth Macy, the series examined America’s opioid epidemic.

Michael Keaton plays a doctor who watches as the OxyContin he was manipulated into prescribing ravages his small Appalachian town.

Under the Banner of Heaven, Disney +

Andrew Garfield, outstanding lead actor in a limited or anthology series or movie 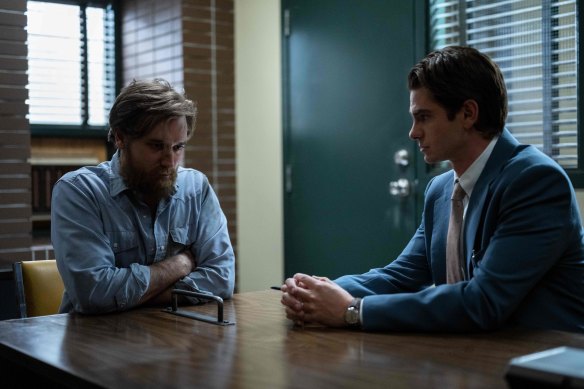 Andrew Garfield (right) in Under The Banner of Heaven.

Under the Banner of Heaven was another show that, while critically lauded, seemed to slip off most people’s radar here simply because everyone’s radar is so full. Andrew Garfield gives a career-best performance as detective Jeb Pyre who must investigate a shocking murder in the Church of Jesus Christ and the Latter-day Saints, part of the Mormon community. A practising Mormon, Pyre finds himself torn between two worlds as he looks to uncover the suspect while dealing with a crisis of faith.

Scenes from a Marriage, Binge

Oscar Isaac, outstanding lead actor in a limited or anthology series or movie

Oscar Isaac and Jessica Chastain in Scenes From a Marriage.Credit:HBO

This is one of the best shows of the year, but it requires two enormous caveats before you begin watching. One: it’s a depressing watch, don’t expect any pick-me-ups. Two: don’t start this show if you’re having relationship issues. Oscar Isaac and Jessica Chastain play Jonathan and Mira, a married couple whose mundane rhythm has silently brought their marriage to the brink of collapse. A series of catalysts usher their problems out into the open, which promptly allows Scenes From a Marriage to zero in on a painfully familiar crisis: when to stay and when to walk away. 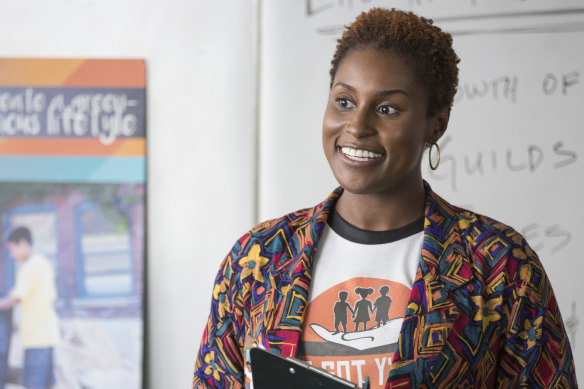 If Insecure is one of those shows you’ve heard people talk about but never gotten around to checking out, now is your time. The series is the brainchild of comedian Issa Rae and is based on her highly successful web series, Awkward Black Girl. Picking up where Awkward Black Girl left off, Insecure examines the highs and many lows of modern life through the lens of two contemporary black women. Hilarious, heartfelt and considered, Insecure is the best show you’ve never seen.

The 74th Primetime Emmy Awards will be screened on Tuesday, September 13 from 10am (AEST) live on Fox Arena with an encore at 8.30pm. Catch our live blog from 8am including all the colour from the red carpet and the ceremony.