Sexual harassment scandals. COVID-19 nursing home deaths. Safety at the massive bridge project named for his father. And a $5 million book deal. The scope of the impeachment inquiry into New York Governor Andrew Cuomo was four scandals he faced in the past year and a half — but now the fate of the inquiry remains unclear after his sudden resignation on Tuesday.

Matt Cantor, a spokesperson for Assembly Judiciary Committee chair Charles Lavine, said in a text message Tuesday that it’s even unclear what the committee will do at its next scheduled impeachment inquiry hearing, on August 16.

“Far as we know the hearing is still on but we don’t have confirmation of the start time or details of what will happen,” Cantor said.

Cuomo’s resignation came just one week after New York Attorney General Letitia James announced that an independent investigation empaneled by her office found that the governor had sexually harassed 11 women, including staffers and women who did not work for the administration. 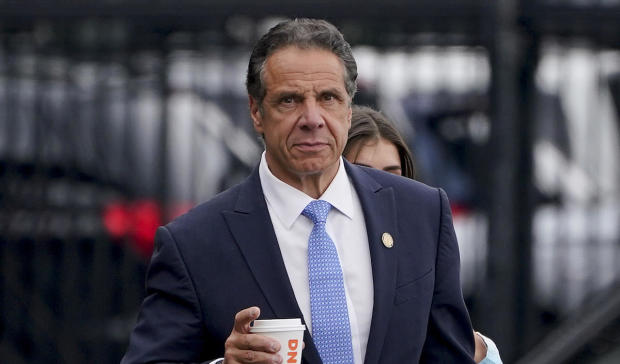 But the New York State Assembly’s Judiciary Committee has since March been investigating an array of allegations including sexual misconduct, Cuomo’s handling of COVID-19 in nursing homes, allegations that he used state resources and employees to help produce a memoir in 2020, and that his administration covered up safety issues on the recently built Governor Mario M. Cuomo Bridge, named for Andrew Cuomo’s father. Cuomo had been given until August 13 to submit evidence.

Thomas Abinanti, an Assembly Member who is on the judiciary committee, said in a phone call that the next hearing will now be focused on figuring out what the committee is allowed to do.

“We’re going to meet on Monday to have a conversation among ourselves and with our lawyers to determine whether we have the legal authority to continue with an impeachment inquiry and whether we should move forward,” Abinanti said.

Abinanti said the importance of the allegations being investigated and the breadth of the investigation mean he’d like a report done even if it’s not part of impeachment proceedings. On the topic of COVID-19 in nursing homes alone, investigators collected and were combing through more than a half million documents.

“There has to be some kind of a wrap-up report on all of the work that has gone into this. We can’t just walk away and say, ‘Well, it’s over,'” Abinanti said. “I believe that there has to be closure on all four topics.”

He noted that some of the allegations will be harder to reach conclusions on than others, in particular a whistleblower’s allegation that Cuomo’s administration had covered up issues related to broken bolts on the Mario M. Cuomo Bridge.