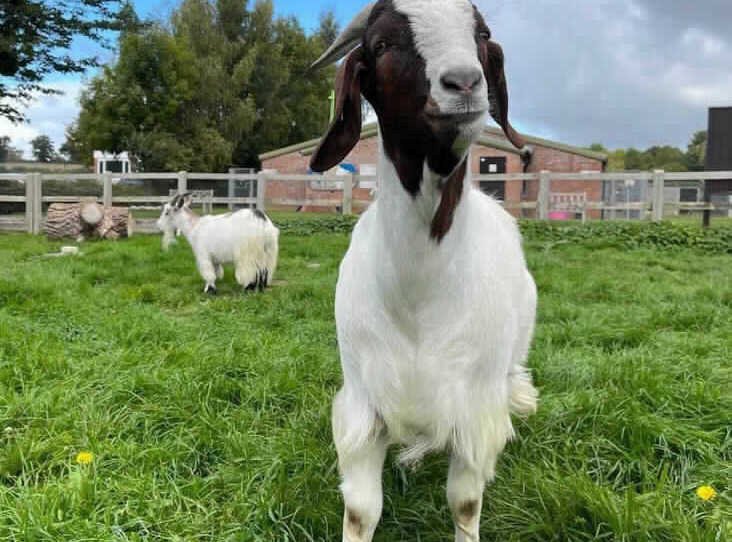 A friendly and mischievous goat, named after England’s manager, is looking for a forever home.

Gareth Southgoat hopes to score a home in time for the World Cup quarter final this Saturday.

He was born into the charity’s care – along with his brother Ryan Goatling – after their mother was rescued.

Anna White, manager at RSPCA Southridge, said: ‘This beautiful pair will need to go to a registered smallholding with the right provisions for goats. A secure paddock with plenty of things to explore and a purpose built shelter where they can shield from the elements.

‘They will also need regular foot trimming, and maintenance of worming and vaccinations.

‘They are used to being around other goats so could be added to an existing small squad with careful supervision.’

The RSPCA team say they are both friendly, laid-back goats, and are very used to people – having grown-up with lots of fans seeing to their every need.

Gareth is ideally looking for lots of space to run around in, as well as apparatus to jump on – plus he loves a tasty treat or two.

Anna added: ‘We’d love to see Gareth offered a forever home in time for England’s match against France this weekend.’

Hopefully, it won’t just be the England team coming home this year, but Gareth and Ryan, too.