A couple appearing on Grand Designs suffer a rare fail on the programme after their new statement staircase is revealed – only for them to confess they hate it.

Nathan and Amye, from Lincolnshire, are on the show tonight as cameras follow them on their ambitious project to build giant cathedral-like home modeled on Dutch barn house.

Setting themselves just a year to finish, the build gets off to a rocky start when torrential rain causes their excavations to collapse.

Meanwhile Amye is left baffled after the statement staircase set to go into the heart of their contemporary home is revealed – only for it to be ‘nothing like she imagined.’ 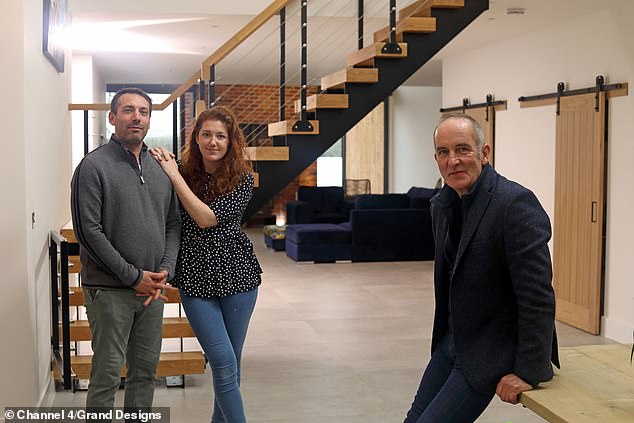 Nathan and Amye, from Lincolnshire, suffer a rare fail on Grand Designs after their new statement staircase is revealed – only for them to confess they hate it

Lincolnshire born and bred, Nathan has never moved far from his home town.

He’s always wanted to stay local, setting up building, pub and microbrewery businesses right where he grew up.

But five years ago Amye, a teacher from Ireland, walked into his life and kickstarted a whole new chapter.

Together they’ve decided to build a barn home with a sleek contemporary twist and a striking 5000 tile armadillo roof. 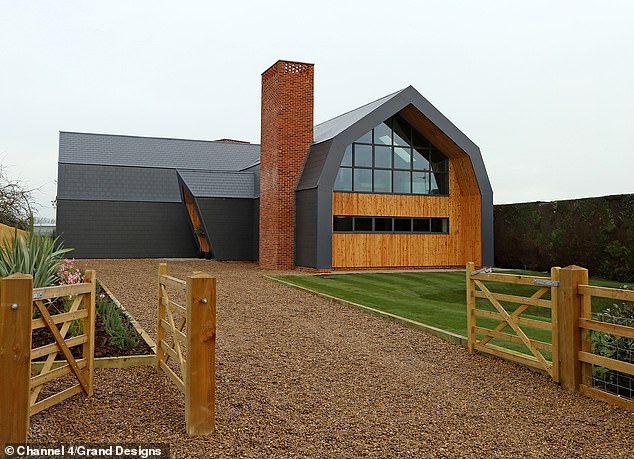 Setting themselves just a year to finish the ambitious project, it’s not long before they begin to struggle as torrential rain causes their excavations to collapse (pictured, the exterior of their home)

The build will also bring together three generations of family, with a wing for Nathan’s teenage kids and an annexe for his mother and step father to move in to – from the static caravan they’ve called home for the last 13 years.

It’s a hugely ambitious plan, and with Nathan project managing, the pressure on him to pull it off is immense.

Setting themselves just a year to finish, it’s not long before the sodden agricultural landscape of Lincolnshire’s reclaimed marshlands leaves them struggling.

Constant rain and a rising water table cause excavations to collapse and a 36 ton crane to sink into the mire.

Then the pressure goes up another notch with news of an additional family member on the way. 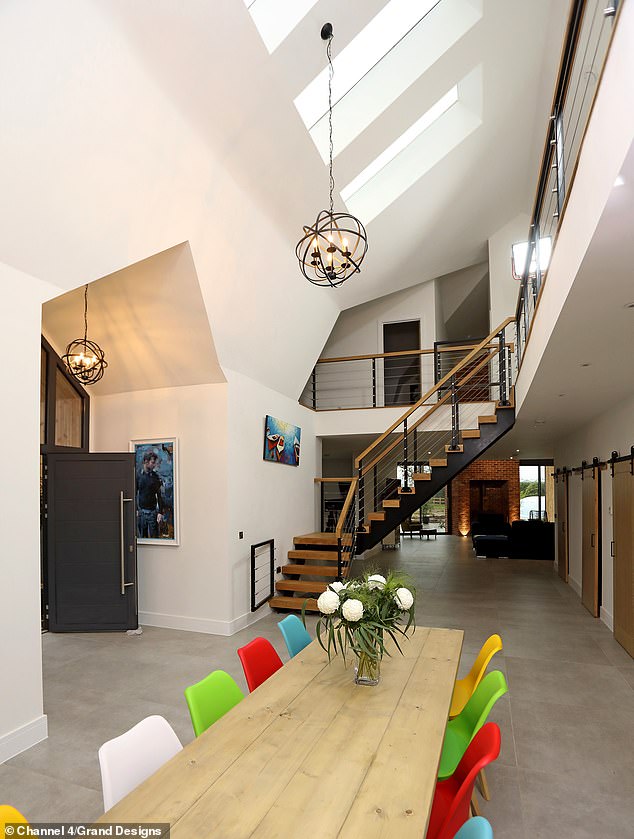 With Amye’s increasing desire to get the house finished as soon as possible, there is little room for error or delay for Nathan

Amye has a clear view of what she wants for the main staircase in their home and sets the brief for the metal workshop crafting the staircase.

Yet Nathan is the one who has been having all the discussions with the workmen making the staircase.

When it comes to Amye assessing the progress, she says the pressure is on. 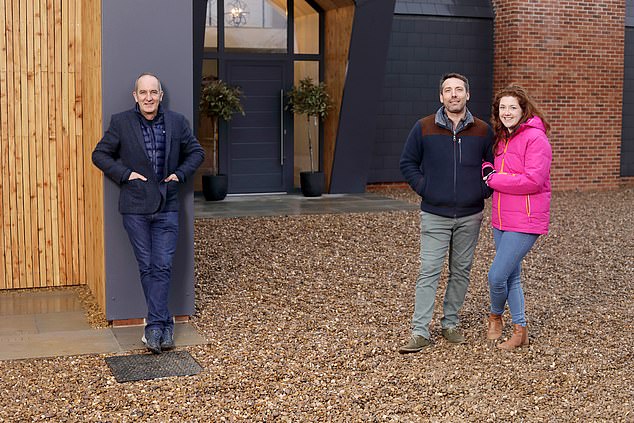 The young parents struggle to finish their home, which has a wing for Nathan’s teenage kids and an annexe for his mother and step father to move in to

‘I know I sent the original, this is what we’re aiming for picture, but I haven’t seen any of it since.

‘I haven’t been part of the conversations so this will be my first time seeing what it’s like.’

But Amye’s jaw drops when the metal structure is revealed, with the young mother saying it is ‘not at all’ what she is expecting.

She says: ‘That’s why this isn’t what I expecting to see at all. I haven’t seen anything. This is the first time I’ve seen that.’

But it’s too late to change any of the designs for the couple so she will have to reserve any final judgement until the stairs are in place, with Amye continuing: ‘The test is yet to come.’ 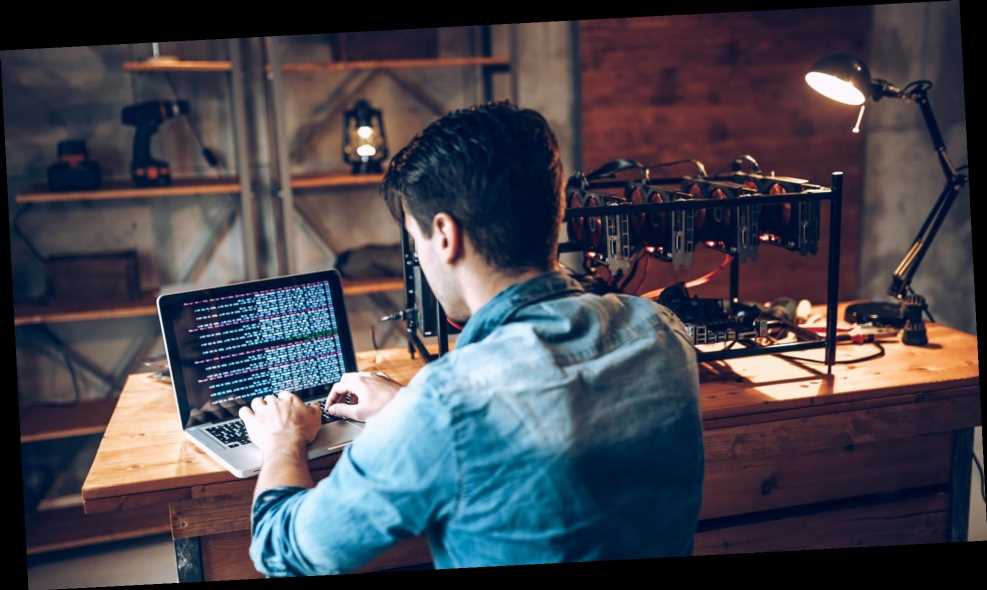