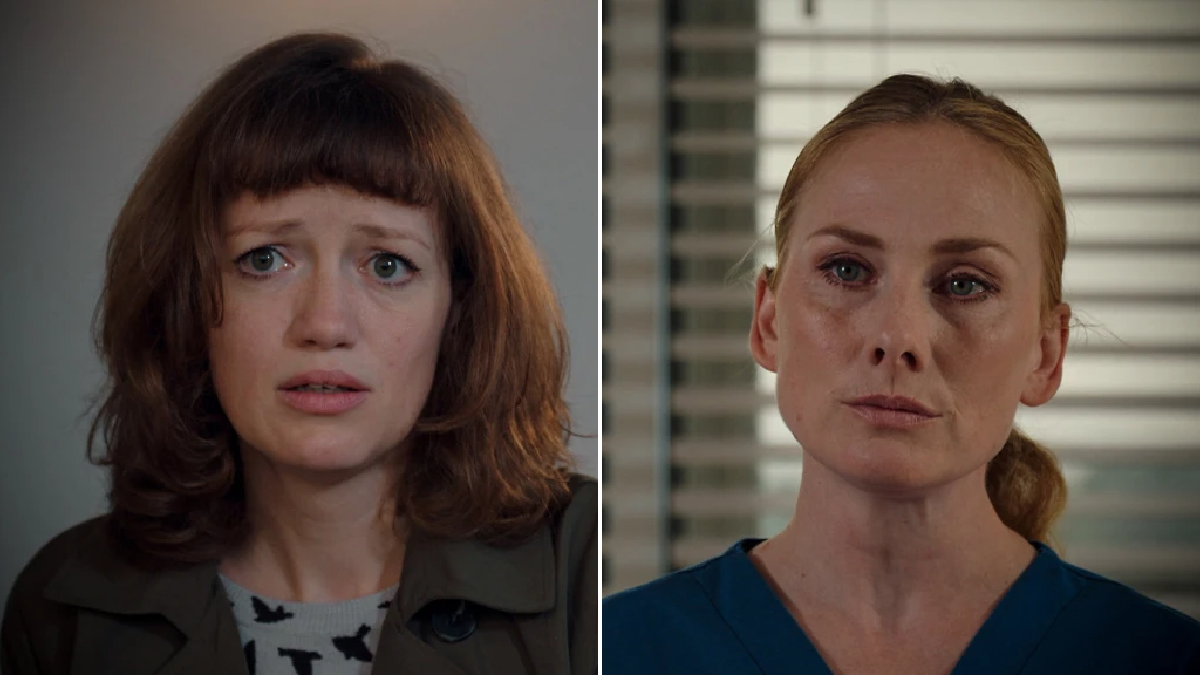 Eli (Davood Ghadami)’s wife Amelia (Lucy Briggs-Owen) gets some terrible news in tonight’s Holby City after she notices some worrying symptoms. Tests confirm her worst fears and Jac (Rosie Marcel) tells her she’s got to talk to Eli about it. But with Eli about to operate on terminally ill Sammy Carrington (Oscar Wilkins) to try to buy him some more time, Amelia doesn’t want to distract him with her own concerns. Which of course leaves Eli to draw his own conclusions.

Oliver Valentine (James Anderson) is still haunted by something that happened to him before his return to Holby. His words from last week echo in his mind: ‘Next time someone could get hurt – again.’ Clearly he feels that he’s already caused harm and that he’s potentially a risk, and equally clearly he’s still determined to push ahead with reviving his medical career.

Ollie’s nerves are further rattled when he recognises new locum Maisie Scarborough (Katherine Jack). They previously had a relationship which ended badly – but Ollie is not prepared for the reaction he gets from Maisie, and for the disturbing picture of him that starts to emerge.

Jeong-Soo (Chan Woo Lim) is thrilled that he’s now an F2 and is looking forward to celebrating, but it seems like everyone has forgotten him. Feeling far away from his own family and ignored by his friends and colleagues, can he find someone to celebrate with?

When Kylie (Amy Murphy) lets slip to Max (Jo Martin) that she and Louis (Tyler Luke Cunningham) are having money worries, Max unwittingly suggests a solution that they might all live to regret.

Josh (Trieve Blackwood-Cambridge) gets some depressing news about treatment for his bulimia, and his personal troubles lead him to neglect an important part of his career. Can he find the support he needs?

Sue Haasler is the author of five novels and the official BBC Holby City book, which you can read about here.