IAN AUSTIN MP: The Labour Party I loved is being destroyed… by the vicious cabal behind the Corbyn catastrophe

This should be a golden moment for Labour. The Government’s turmoil over Brexit should present a wide open target for any normal opposition.

But our country does not have a normal opposition. Instead, we have one in the hands of a dangerously extreme, viciously sectarian cabal headed by Jeremy Corbyn.

As a result, Labour is now plummeting in popularity when it should be advancing towards office. 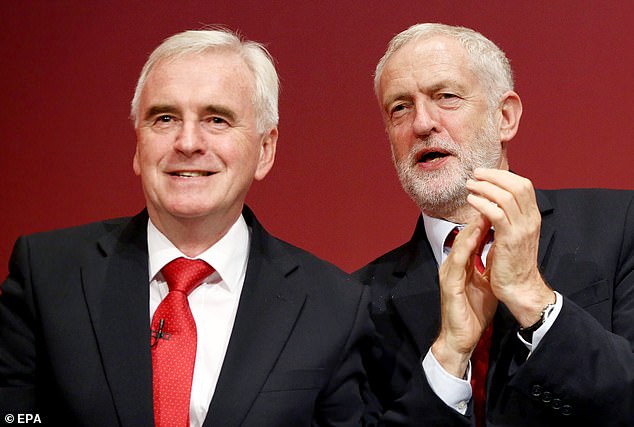 A new nadir in the party’s fortunes was reached this week when an opinion poll put Labour on just 18 per cent, the lowest rating ever for an official opposition.

Unbelievably, given the depths of the current political crisis, Labour was six points behind the Conservatives, as well as trailing the Brexit Party and the Liberal Democrats.

In keeping with this meltdown, Corbyn’s own ratings are in freefall, down to minus 58 per cent, the worst figure in history for an opposition leader. He is no fewer than 14 points behind Theresa May, who has barely a fortnight left in Downing Street.

Even the option of ‘don’t know’ has more support as a potential premier than Corbyn. In a two-horse race, he manages to be in third place. 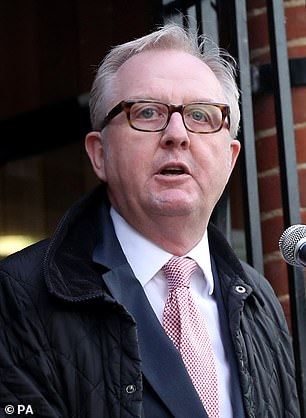 Now his fervent supporters are beginning to desert him. In contrast to 2017, there were few or no chants of ‘Oh, Jeremy Corbyn’ at last weekend’s Glastonbury Festival.

Within the Parliamentary Labour Party, there is real anger, particularly at Corbyn’s continuing failure to deal with serious allegations of anti-Semitism, as exemplified by the farce over the off-on suspension of hard-Left backbencher and Corbyn acolyte Chris Williamson over charges of anti-Jewish prejudice.

‘He was never up to the job, but no one can believe how bad things have got,’ one MP told me this week. The sense of collapse has been reinforced by rumours – apparently from civil servants – about Corbyn’s poor health, raising doubts about his capacity to be Prime Minister.

As the last vestiges of Corbyn’s authority are shredded, so he drags Labour ever deeper into the mire of public contempt.

The recent municipal and European elections were both disastrous for the party, while, according to another poll, just 43 per cent of people who voted Labour at the 2017 General Election would do so again.

Even party membership, which Corbyn used to boast of expanding, is now in rapid decline, having reportedly fallen by 100,000.

It gives me no pleasure to write any of this. I joined the Labour Party as a teenager and worked loyally for it for 35 years.

Before I became an MP in 2005, I served as a local councillor in the West Midlands, worked as a party official and was appointed an adviser to then Chancellor Gordon Brown. 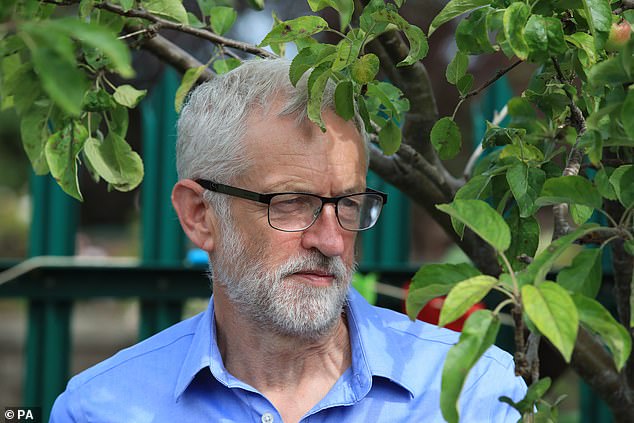 As the last vestiges of Corbyn’s authority are shredded, so he drags Labour ever deeper into the mire of public contempt

But Corbyn’s leadership, mixing incompetence and dogma, stretched my loyalty beyond breaking point.

It became intolerable for me to campaign for the victory of a man whom I knew was utterly unfit to be Prime Minister: not because of his physical health but because of his political outlook and the damage he would do to the country I love.

He is a danger both to our economy and our national security, as shown by his eagerness to collude with our enemies at every opportunity – as he did with the IRA at the height of the Troubles.

When Vladimir Putin tried to murder people in Salisbury last year, Corbyn parroted the Kremlin line. Corbyn’s supporters sometimes claim he has pulled Labour back to the socialist traditions of Clement Attlee after the years of centrist betrayal by Neil Kinnock and Tony Blair. But this is nonsense.

In his doctrinaire zealotry, Corbyn is the very opposite of Attlee, who spent all his career fighting Communism. As post-war Prime Minister, Attlee presided over the creation of Nato and Britain’s independent nuclear deterrent, both of which Corbyn despises. 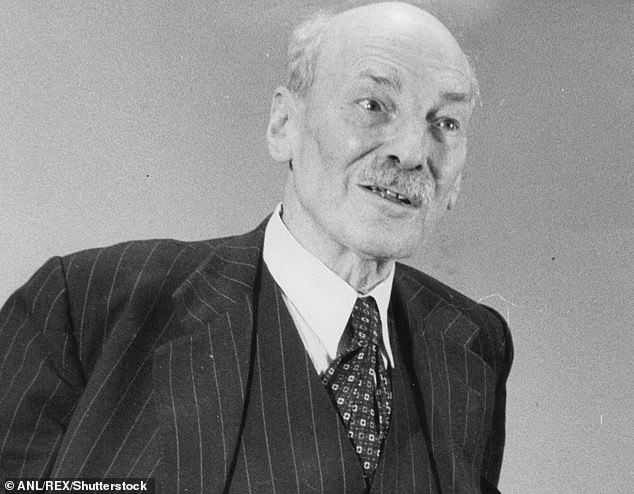 Corbyn’s supporters sometimes claim he has pulled Labour back to the socialist traditions of Clement Attlee, but he is the very opposite

He would open our borders to anyone and hand out benefits to people who don’t want to work. Families would be forced to pay taxes on their assets, not just their earnings, because people like Corbyn and John McDonnell think wealth is the problem and the people who create it the enemy.

The last straw for me was Corbyn’s collusion with anti-Semites on the far-Left. I learnt about racism and prejudice from my dad, a Czech refugee who came to this country to escape Nazi tyranny.

His mum and sisters were murdered in the extermination camp Treblinka; fighting racism was one of the reasons I became involved in politics in the first place.

Labour used to fight bigotry. Under Corbyn, its leadership has become a cesspit of racism.

There could be no greater indictment of Corbynism than the fact that the party is now under investigation by the Equality and Human Rights Commission. That’s why I felt forced to leave Labour in February this year to sit as an independent MP.

So far few others have joined me in taking such a stand. Unlike the seven Labour MPs who broke away with three Tories to form the pro-EU Independent Group for Change earlier this year, I believe we must honour the result of the Brexit referendum.

Labour MPs who are dreaming today of breaking away from Corbyn will not be encouraged by that group: more than half its MPs have since left.

Nonetheless, I wonder whether Corbyn’s catastrophic ratings this week will finally sound the death knell for his leadership.

Surely it is about time MPs stand up for what’s right? They know that he is unfit to lead the Labour Party and completely unfit to lead our country. If you will not act on issues as fundamental as racism and extremism, when will you?

Of course it is not easy to get rid of Corbyn, despite his spectacular unpopularity with the electorate.

Fear and intimidation will also play their part. Given the fervour of the Corbyn cabal, any MP who supports a challenge is likely to face the threat of deselection.

The membership may have shrunk over the last year, but – paradoxically – that could help Corbyn, given that it is the disillusioned moderates who are likely to have left while the true believers remain.

What is certain is that the Corbyn group will fight tooth and nail to cling on to power. There will be no graceful surrender.

Corbyn gained the leadership unexpectedly in 2015, helped by Ed Miliband’s dreadful decision to widen dramatically the franchise to anyone who paid a £3 supporters’ fee, a move that gave the vote to an army of radicals.

Having built a stranglehold at the top, Corbyn’s lot are not about to release their grip easily. They know they have one shot at Downing Street. They will not just abandon this single chance at seizing the levers of governance.

That explains why the four Ms who surround Corbyn – his chief of staff Karie Murphy, trade union ally Len McCluskey, his adviser Andrew Murray and his strategy director Seumas Milne – protect him so ferociously. The interests of Corbynism come before the needs of the Labour Party.

But that is no reason not to fight. Corbyn has never been more vulnerable. Even with the pack around him, Labour’s brave MPs need to do all they can to rescue this once-great party, especially because he has alienated so many with his equivocations over Brexit.

Furthermore, the same MPs have nothing to lose by moving against him. If he stays at the helm, they are going to lose their seats. Self-preservation, if nothing else, should compel them to act.