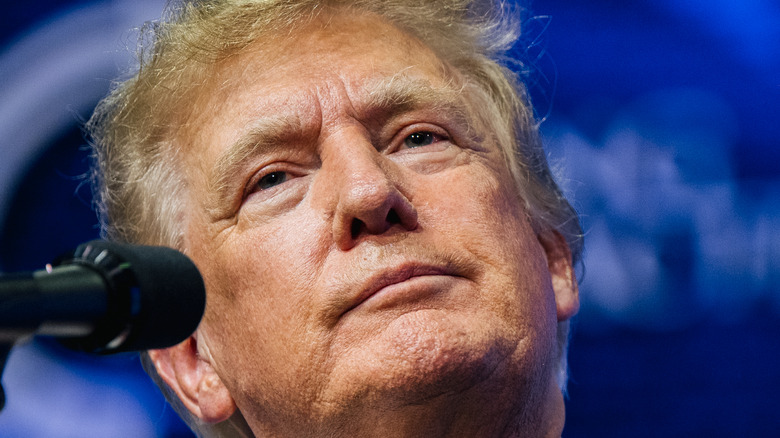 In July 2021, CDC director Rochelle Walensky warned Americans to get fully vaccinated, because cases of the Delta variant were beginning to appear around the country, and it was, in her words “becoming a pandemic of the unvaccinated,” according to New York Times. Statistics show, as of August 2, more than a few heeded her call with a report declaring 70% of adults had received at least one shot – although this milestone was reached a month later than President Joe Biden had hoped (via The Washington Post).

However, there are still many Americans holding out. The Hill reports a Fox News poll that says 54% of those who voted for former President Donald Trump have been vaccinated (against 86% of voters who support President Joe Biden have said the same). A further 32% of pro-Trump voters say they have no plans to get vaccinated at all, while 16% of those who support Biden don’t have plans to get the shot.

Because most of the unvaccinated belong in the Trump camp, it may be surprising to see the former president hesitate over the idea of advising his followers to get vaccinated -especially since his acolytes, like Arkansas gubernatorial hopeful Sarah Huckabee Sanders, have gone out in public and called it “the Trump vaccine,” per The Washington Post.

Trump is supporting anti-vaxxers in spite of Biden 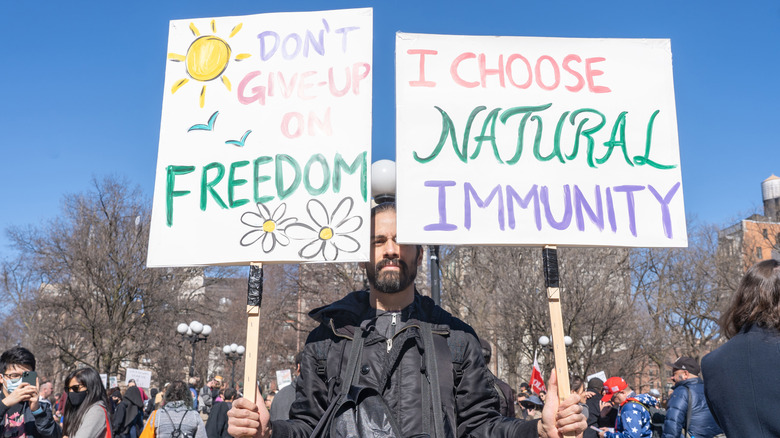 As a source tells The Daily Beast that Donald Trump genuinely believes the vaccines are unpopular with his supporters. He also doesn’t want to do anything that might make his successor President Joe Biden look good. Trump also noted that if the president wanted him to speak about the vaccine in a positive light and urge his followers to get vaccinated, Biden would have to ask him personally. So instead, Trump has gone out of his way to sympathize with anti-vaxxers.

It isn’t like Trump didn’t know this was coming, either. In fact, Michael Caputo, who served as the assistant secretary of public affairs at the Department of Health, told The Daily Beast that the former president knew about the consequences of this major decision since September 2020. He explained, “It was a glancing conversation in the Oval Office in September, in between meetings, and I mentioned how vaccine hesitancy was likely going to be a big problem, especially among Republicans and Trump supporters. And he said, ‘Yes, I understand, and it’s a problem.'”