Former Prime Minister Julia Gillard says the end of Queen Elizabeth II’s reign will put Australia on the pathway to becoming a republic, but says there is “no rush” as she backed Anthony Albanese’s view that it was too soon to begin the debate.

In a rare intervention into the national debate, Gillard reaffirmed her long-held view that the Queen’s death would be an appropriate time for Australia to move away from having a British monarch as head of state.

“I always thought that when the Queen did leave us that it would cause a period of reflection. I thought that here, in the UK, [as well],” Gillard told ABC TV. 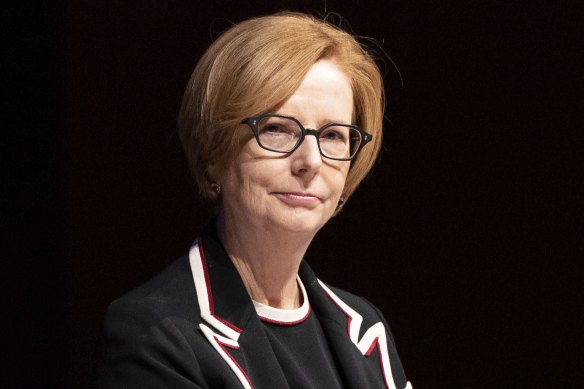 Former Prime Minister Julia Gillard believe Australia will be ready to have a conversation about becoming a republic in the wake of the Queen’s death.Credit:Alex Ellinghausen

“There are many issues about national identity that the UK is grappling with: the future of Scotland, the future of Northern Ireland, what it means not to be the EU. I always thought in Australia, too, it would unleash a new set of reflections about our own constitutional arrangements.”

Although born in Wales, Gillard is a republican and as prime minister in 2010 said: “I think the appropriate time for this nation to move to being a republic is when we see the monarch change.”

Speaking on Friday, she said there was “no rush” as she endorsed the prime minister’s position that the immediate aftermath of The Queen’s death was not the appropriate time to have the debate.

“There’s time for measured discussion. It’s certainly too soon for that. Our prime minister being at the funeral on Monday… all of those things need to be worked through. And then I think we can have a measured, steady discussion which will ultimately take us – I think – in the direction of Republic. But it won’t be quick,” she said. 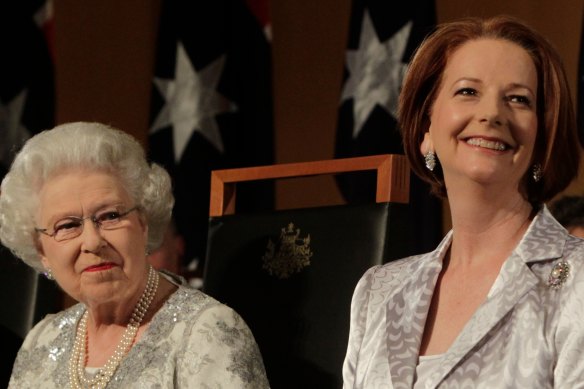 Julia Gillard, then prime minister, accompanied The Queen at a reception at Parliament House in Canberra in 2011.Credit:Andrew Meares

Albanese was also pressed on the issue during an interview with British TV station ITV, where he brushed aside questions on whether it was inevitable that Australia would become a republic.

“That’s a discussion for another time and as, indeed, Her Majesty said during her reign at the time of the referendum that Australia had at the end of the last century that the Royal Family would respect the decisions which Australians made at that time,” Albanese said.

He said Australians would have different views “about a way forward in the future”, but stressed that was a debate for another time.

“What’s important right now is that we take the opportunity to express our gratitude for the service of Her Majesty the Queen, that we have welcomed King Charles the Third as our new Head of State and our system of government,” he said.