Dr. Michael Morbius has a rare blood disease that leaves him looking rather sickly in the Sony Pictures’ Spider-Man spinoff. And Jared Leto endured some extreme weight loss and subsequent weight gain when Dr. Morbius became Morbius the Living Vampire. Morbius actor Adria Arjona said the work Leto put in was “impressive, but also terrifying to see.” While Morbius reviews have not been the best for the Sony Universe movie, Leto put everything he had into the character. 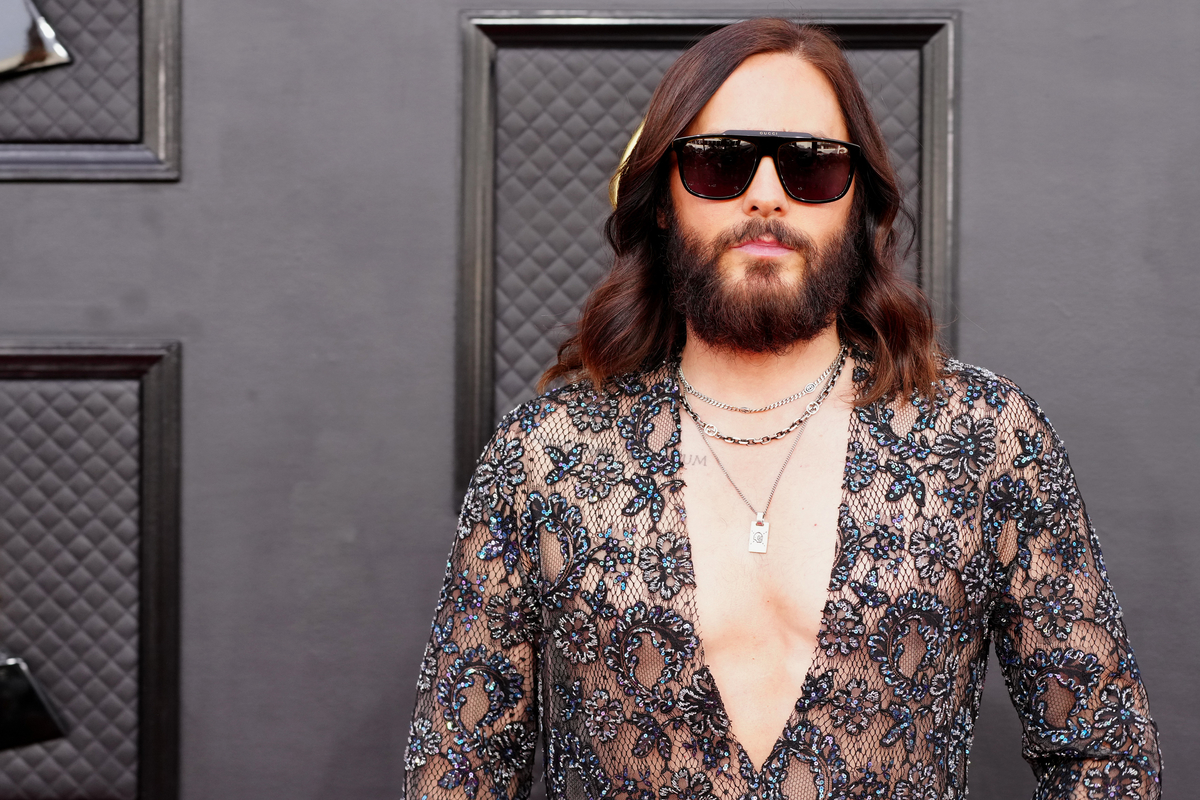 “I’ve done a lot of this in films,” Leto told Yahoo Entertainment. “It’s not a fun thing. It’s a very hard, bad thing to do to your health and your body.”

When the Morbius movie starts, Dr. Michael Morbius appears as a frail scientist searching for a cure. However, after a bit of mad science gone wrong, he turns into classic Marvel Comics Spider-Man villain Morbius. Leto had to shift from sickly to muscle-bound in a short period during filming.

“Losing weight is different because there’s something about that restraint that we humans have explored for thousands of years,” Leto continued. “You know, restriction, meditation as a way to find oneself, as a spiritual part of a spiritual quest. And there’s something to that process that is interesting.”

Leto considers gaining a bigger hurdle than losing weight, saying, “when you lose weight, your body naturally wants to come back.”

“Morbius is kind of the perfect film for me and the things that I’m interested in as an actor, which is big physical challenges [and] emotional challenges.”

In Morbius, Leto has several co-stars who witnessed his transformation. Matt Smith (Doctor Who) plays Milo, likely based on Loxias Crown from Marvel Comics.

“I’ve never experienced that, and he stays pretty close to the character the whole time, physically, mentally, emotionally,” says Matt Smith. “Once he’s in that zone, he’s there.”

Adria Arjona plays Martine Bancroft, Morbius’ lab partner, and possible love interest. And she felt the same way, except the transformation into the Spider-Man villain was more frightening for her.

“I think sometimes [it was] very scary,” Adria Arjona confessed. “I would see his back, and I would see what he had to do with his body physically. He would spend hours, and he would not break character. And I just couldn’t imagine being in that position for so many hours. And what that sort of did to his body, it was really impressive, but also terrifying to see.”

The Morbius cast were not the only ones to notice Jared Leto’s weight loss and gain. Morbius director Daniel Espinosa commented on the extreme commitment Leto put into the Marvel movie.

“It’s an honor as a director to work with somebody who’s not just committed but obsessed,” says Espinosa. “That motivates the whole crew… to be with somebody who is so immersive at times, it got almost a bit scary ’cause he’s very committed and those transformations, sometimes it looked like they would tear him apart.”

Fans can watch Morbius in theaters.