Jenni says “Angelina is more than welcome to make a speech” at her wedding … while Pivarnick teases relationship issues with husband Chris.

Most of the recent drama on “Jersey Shore: Family Vacation” has revolved around the infamous wedding speech Jenni “JWoww” Farley, Deena Nicole Cortese and Nicole “Snooki” Polizzi gave at Angelina Pivarnick’s wedding — and the newly-engaged JWoww knows payback can be a bitch.

TooFab caught up with Jenni, Deena, Angelina and Vinny Guadagnino ahead of this Thursday’s season premiere, where Farley said she had no concerns when it comes to her own upcoming wedding with Zack Clayton Carpinello … despite how badly the show’s last televised nuptials went off the rails. 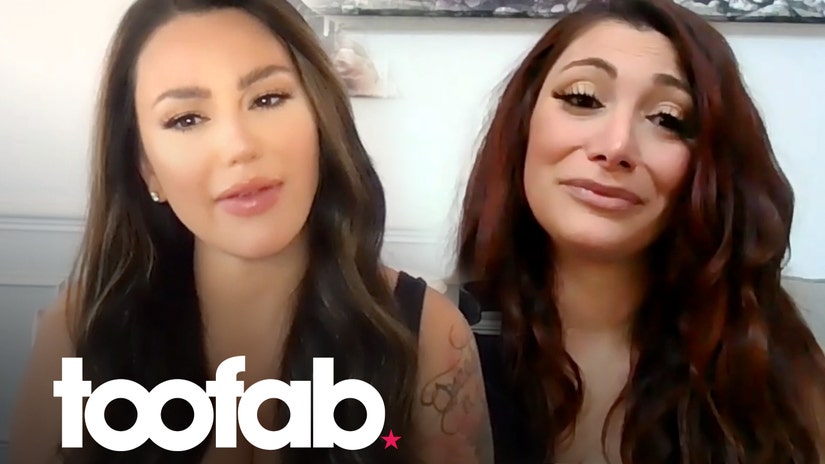 “Angelina is more than welcome to make a speech,” she told TooFab in an interview alongside Deeners. “We actually haven’t even started planning anything. I would love to have it on the show. If it doesn’t happen like that, everyone will be invited regardless. Speeches will still be made, on or off camera.”

“And I’m sure there will be a lot of jokes in regards to the speech,” she added.

“I have to give her a speech now,” exclaimed Angelina in a separate interview with Vin, who shouted, “Payback!”

“Payback’s coming,” Angelina added, before asking Vinny for help writing her toast, something he wasn’t too keen on doing. “I want to see you guys crash and burn, I don’t know that I want to help,” said Guadagnino. “I want to see the fireworks. If I do it, it’ll be funny and happy. I want to see booze, I want to see chairs thrown.”

Vinny, doing his part to give “Jersey Shore” viewers what they want since 2009! 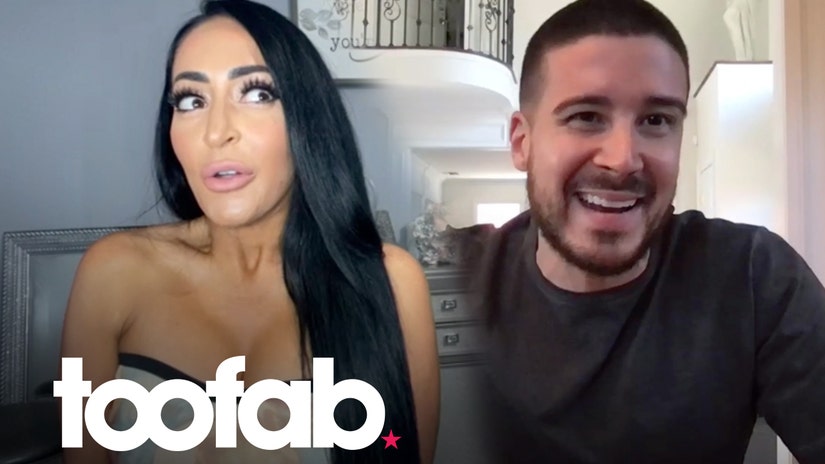 While viewers will see JWoww celebrate her engagement when the new season debuts, another relationship will face an uphill battle. Angelina told TooFab that there’s “drama that’s coming you’ll see plays out with my life, that’s a big thing.”

“It’s a roller coaster,” she teased. “I have a couple relationship things I need to figure out this season, so you guys will see that.”

Though she didn’t elaborate further, Vinny hinted at issues with husband Chris Larangeira by joking, “She gets like divorced every other day.” She simply added, “Every day is a new thing, you know?”

Some minor drama aside, the gang was all hyped for viewers to see just how much “fun” they had filming the new batch of episodes.

“We did so many activities and I’m just excited for all of you to see our families involved,” said Deena. “It’s really a family vacation this time, a huge one, there’s like 30 of us.”

And while the last few seasons have been filmed in a so-called “Jersey Shore bubble” due to Covid, they’re also looking forward to (hopefully) busting out very soon.

“I wanna be on the outside world. I want the world to come back to normal, I want to go out in crowds, we’re in clubs,” said Vinny. “If ‘Jersey Shore’ comes back during that, it’s going to be the wildest season ever.”