KFC has FINALLY revealed its Eat Out to Help Out discounts despite the scheme launching on Monday – and prices start at 50p.

It comes a day after furious KFC fans claimed some branches were "ignoring" the discount. 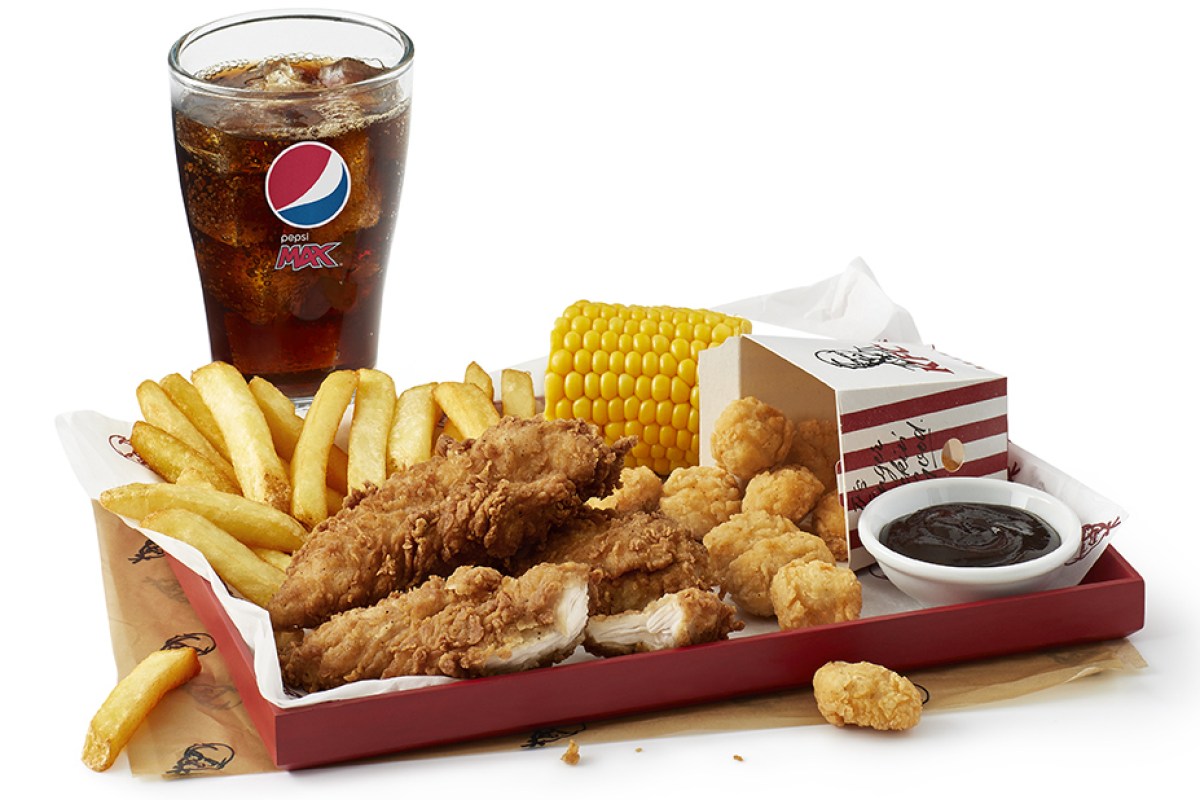 The chicken shop chain has signed up to the Chancellor's summer meal deal scheme that sees half price food at registered restaurants, cafes and pubs.

In an attempt to boost the hospitality industry, the government will pick up half the bill, up to £10 a head, when you eat out.

Three days a week this month, you'll be able to bag 50 per cent off your order at the fast food chain.

One of the cheapest items on the menu is two chicken wings, which would normally cost 99p but are reduced to 50p. 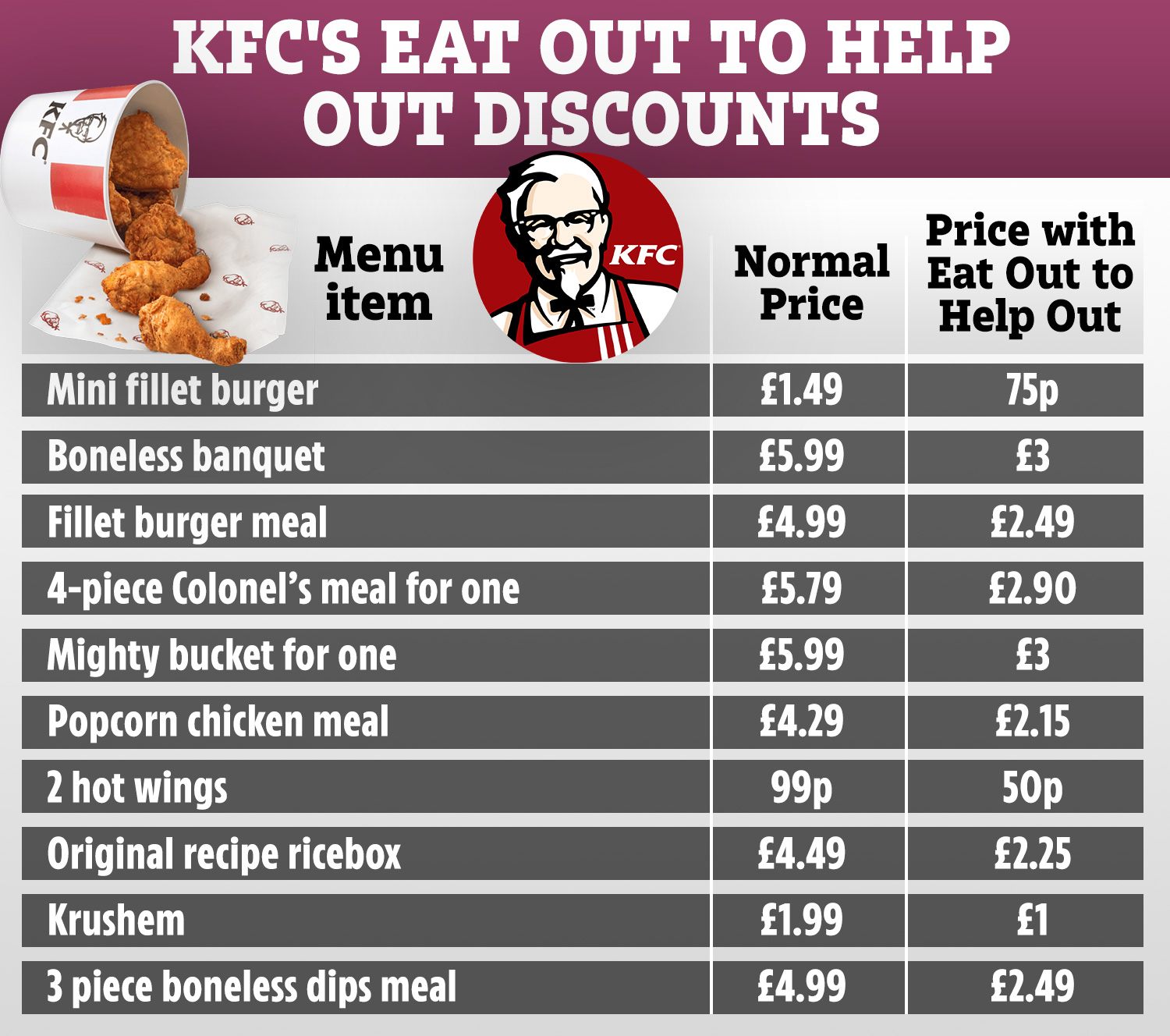 Its flagship boneless banquet has also been reduced to £3, down from £5.99.

A popcorn chicken meal normally costs £4.29 but under the scheme will set you back just £2.15.

Drinks are included in the offers too, with a Krushem setting you back £1 instead of £1.99 when you order on the first three days of the week.

You can see more examples of reduced KFC prices in the table above.

Remember though, the government will cover a maximum of £10 per head so you may end up paying more than half of the bill if your food combination comes to more than a tenner.

It's worth noting that as many of the 900 KFC restaurants across the UK are franchised, so prices may vary depending on the branch.

Customers will need to dine-in to get cash off the bill as the scheme doesn't cover takeaway meals.

How to calculate the bill

THE government will pay for half of your bill, up to £10 a head, when you eat out on certain days of the week in August.

To work out how much your bill will be after the discount is applied, you should start by adding together everything that you ordered.

You'll then need to take off any items that it doesn't cover, such as alcoholic drinks and the service charge.

Then, divide this by two to find out half of the bill.

To check that it comes under the £10 per head cap, divide it again by the number of people who are dining.

If it works out as more than this per person, then you'll need to multiply the number of people eating by £10.

You should then minus the answer from the total cost of the items that the discount can be applied to.

For example, four people eat out and the total bill that the discount can be applied to comes to £90.

Half of the bill would be £45, but that's more than the limit.

At the moment, there are only 580 KFC restaurants open for customers to sit in and eat their meal. You can see the full list here.

A spokesperson previously told The Sun that diners will need to ask for the discount to be applied when they're at the till.

You can find your nearest outlet using the locator tool here.

The dine-out deals has made it even easier for Brits to get their hands on junk food.

It comes as Boris Johnson unveiled plans to get the nation to lose weight in an attempt to ease pressure on the NHS.

Under the "Better Health" campaign shops will be banned from offering Buy One Get One Free deals on junk food and placing treats near store entrances and tills.

The Eat Out to Help Out deals only apply on Mondays, Tuesdays and Wednesdays in August, excluding alcohol, but you can use it as many times as you like.

KFC has also slashed the price of some fan favourites following a temporary 15 per cent VAT cut for the hospitality industry.

Instead of dropping costs across the board, the fast food chain is running a series of offers on certain food items for limited periods of time.

We've put together a round up of the high street retailers that are taking part in the Eat Out to Help Out scheme.

The government has also launched a postcode checker so you can find out which restaurants are taking part, including local independent eateries.