Robert Harris’ novels are known as page turners, and Act of Oblivion takes this signature feature to the next kinetic level. His latest historical thriller is set in the 17th century during the Restoration period after the Republic briefly established under Oliver Cromwell following the defeat of the Royalists in the English Civil War.

The narrative has such velocity that at times it feels like a sprint to keep up with the main characters, who are running for their lives. Rarely does Harris allow the reader to pause for breath. Two desperate fugitives, Colonel Edward Whalley and his son-in-law Colonel William Goffe, are being hunted as traitors by the regime of Charles II since they, along with nearly 50 allies of Cromwell, signed the death warrant for Charles I, who was beheaded in 1649. 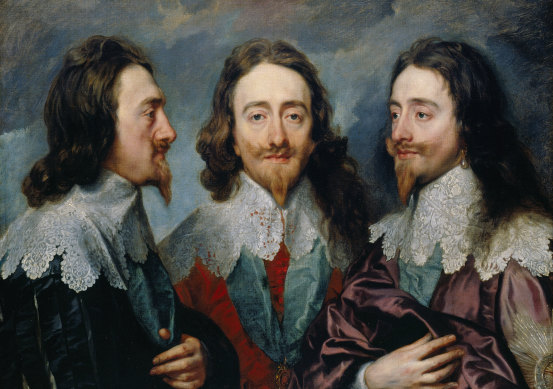 In what for the time was a notable gesture of pragmatic reconciliation with his political and religious enemies, Charles II decreed that those who had risen up against his father were to be pardoned except for the so-called regicides.

Under the Indemnity and Oblivion Act passed in 1660, the regicides were to be pursued and, when captured, brought back to London to be subjected to a form of show trial and then hanged, drawn and quartered. This appallingly cruel, deliberately prolonged and utterly dehumanising method of execution, the unimaginable agony of which Harris describes in grisly detail, was reserved for those men convicted of high treason. (In a perverse expression of chivalry, any woman convicted of high treason under English law was simply burned at the stake.)

The executions were carried out in public and the occasion was witnessed by crowds numbering in the thousands, including children. The remains of any regicide who was already dead were disinterred, torn apart and put on public display.

Immediately upon hearing they have been condemned, Edward and William leave their families and flee England, hoping to find sanctuary in the new English settlements in America. Although many of the American colonists were exiles belonging to religious minorities unsympathetic to Charles II, there are informers and bounty hunters everywhere. 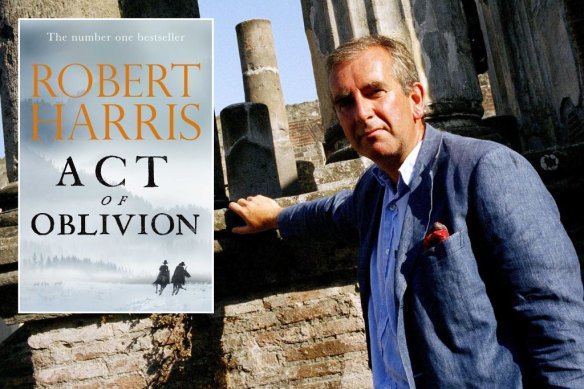 Act of Oblivion author Robert Harris says there must have been a manhunter chasing the killers of Charles I, but his name has been lost to history.Credit:Random House

Leading the pursuit of the two men is Richard Naylor, secretary of the regicide committee of the Privy Council, whose ruthlessness and thirst for vengeance on behalf of the monarch knows no limit.

While Naylor has no illusions about the hypocrisy, corruption and decadence of the monarchy, he sees the hunt for the two fugitives as a personal quest for retribution following the death of his wife after a miscarriage brought on by a brutal raid by Cromwell’s soldiers on a secret Catholic Mass.

Aside from the fast-paced prose, a feature of Harris’ novels is thorough historical research. Act of Oblivion is no exception. We learn much about the Restoration period, a time when extreme wealth and privilege co-existed with dire poverty and everyday hardship that for us might be difficult to comprehend.

Like other European cities at that time, London had no public sanitation system, and the streets were an open sewer. The infant mortality rate was astronomical and women frequently died in childbirth. This was also the era of plague outbreaks and the Great Fire of London.

Edward Whalley and William Goffe were real people, as are most of the characters in this novel. The fictional Richard Naylor is a compelling villain reminiscent of Javert in Les Misérables or Citizen Chauvelin in The Scarlet Pimpernel. “I suspect there must have been such a person – you cannot sustain a manhunt without a manhunter – but whoever he was, his identity was lost to history,” Harris explains in his Author’s Note.

Similar to his fictional counterparts, Naylor develops an intense relationship with his quarry and gradually becomes obsessed with Goffe’s long-suffering wife, Frances, whom at one point he tries to manipulate into baiting a trap designed to catch her husband.

There are many electrifying scenes in this fast and furious historical thriller that keeps the reader in suspense until the last page.

Act of Oblivion by Robert Harris is published by Hutchinson Heinemann, $32.99.